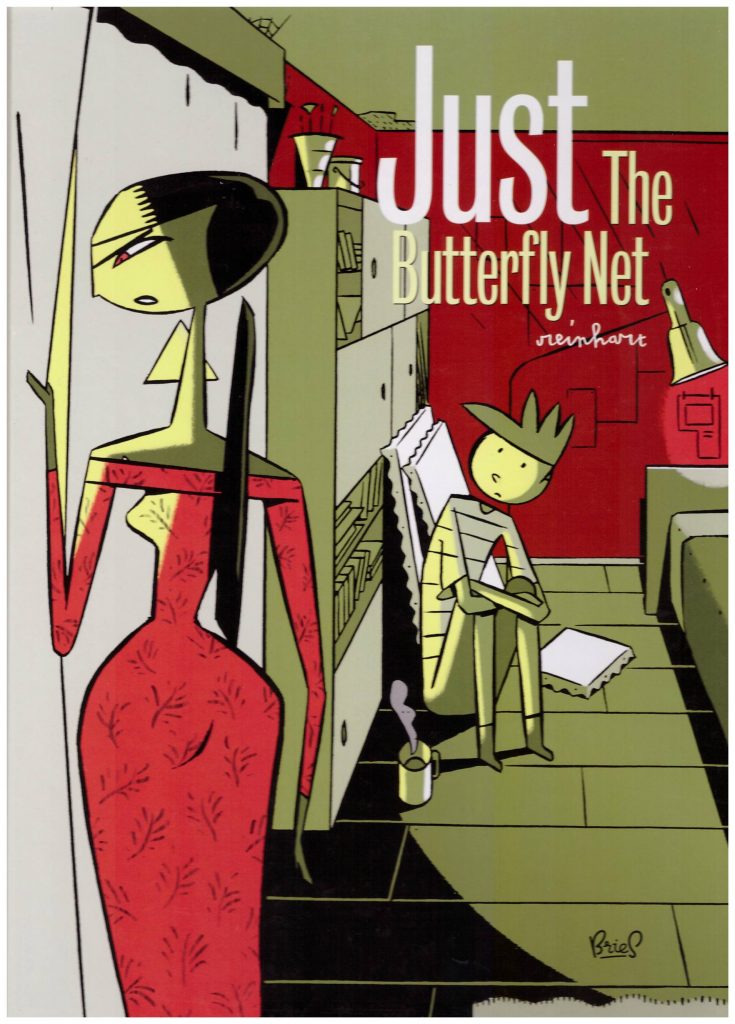 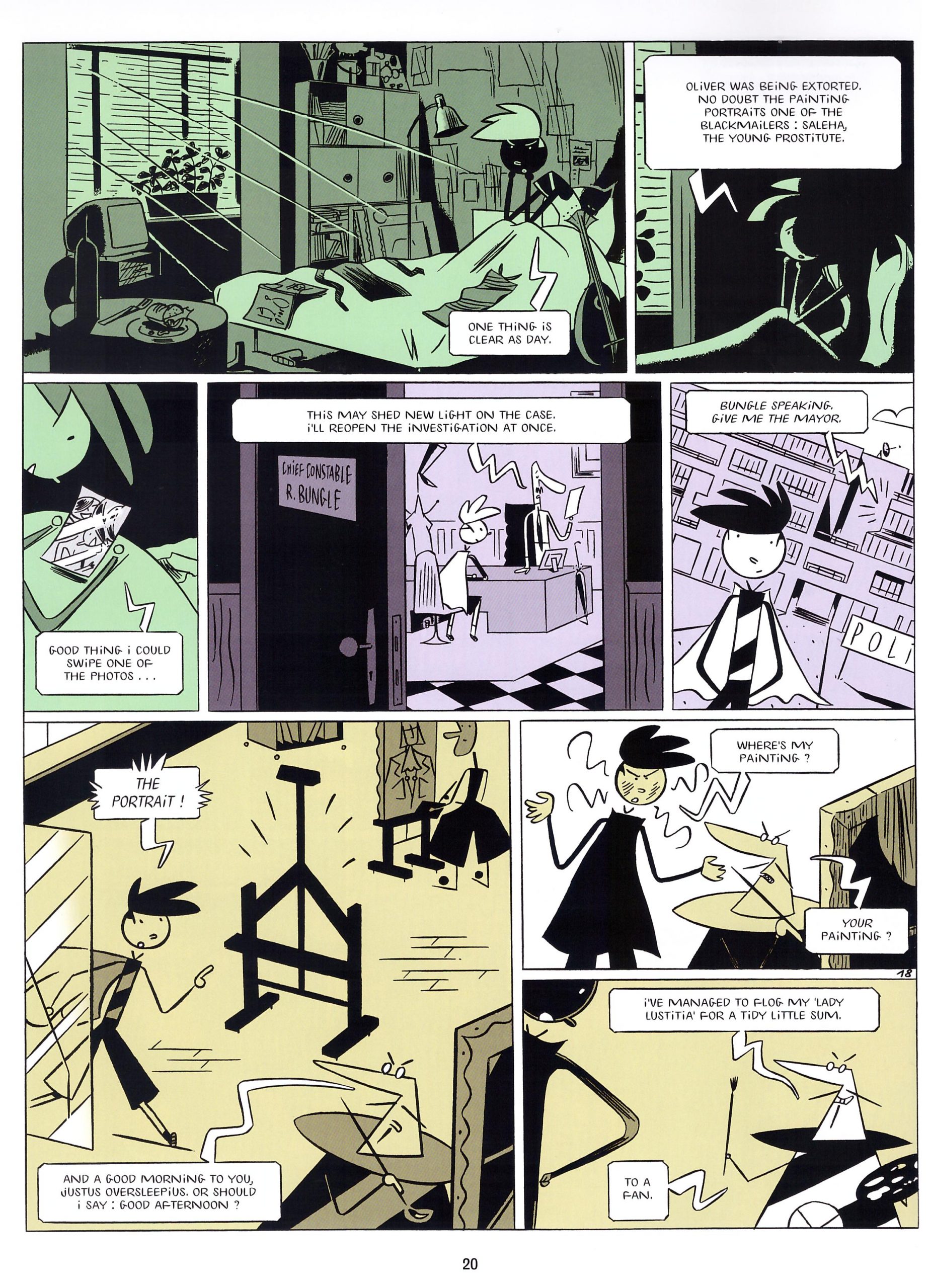 The Butterfly Net at first seems to be a whimsical comedy, and while there are comedic aspects, it’s actually in the tradition of European adventure graphic novels, although with some adult content. Reinhart (Croon) drawing in a flat style gives the wrong initial impression, his people with floating heads and constructed from abstract shapes. It’s an appealing style, just at first possibly one that wrong-foots the audience. However, not as easy to take is Reinhart’s application of colour. The switching from one shade to another, often several times over a page, seems entirely random and it distracts from the fundamentally fine cartooning.

Just is a person, a painter, commissioned to paint a portrait of a naked woman by a socialite later found dead in what’s presumed to be suicide. As he’s been seeing the Mayor’s daughter Just presumed it was her portrait, but that’s not the case. His involvement gradually grows through a determination to get to the bottom of a puzzling situation, possibly tied into the longstanding Mayor announcing his retirement and endorsing the obviously sleazy Lord Lard.

There’s a long line of tenacious investigators in Franco-Belgian comics, with Tintin the pinnacle, so Reinhart has a lot to live up to, and it eventually becomes clear that the unusual art conceals a very straightforward plot. Almost everything is revealed by halfway through, and Just is completely missing over the final ten pages as what’s set in motion by those revelations plays out, which is a shabby way to treat your title character. He reappears in the final panel cliffhanger leading to a continuation that never appeared. Nor did The Butterfly Net on major bookshop online listings.