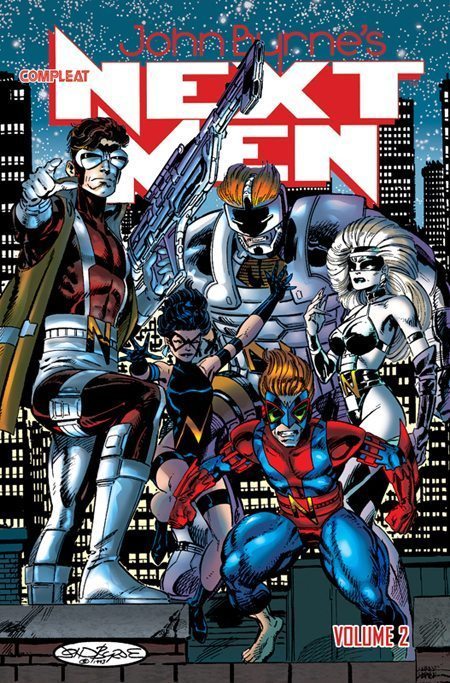 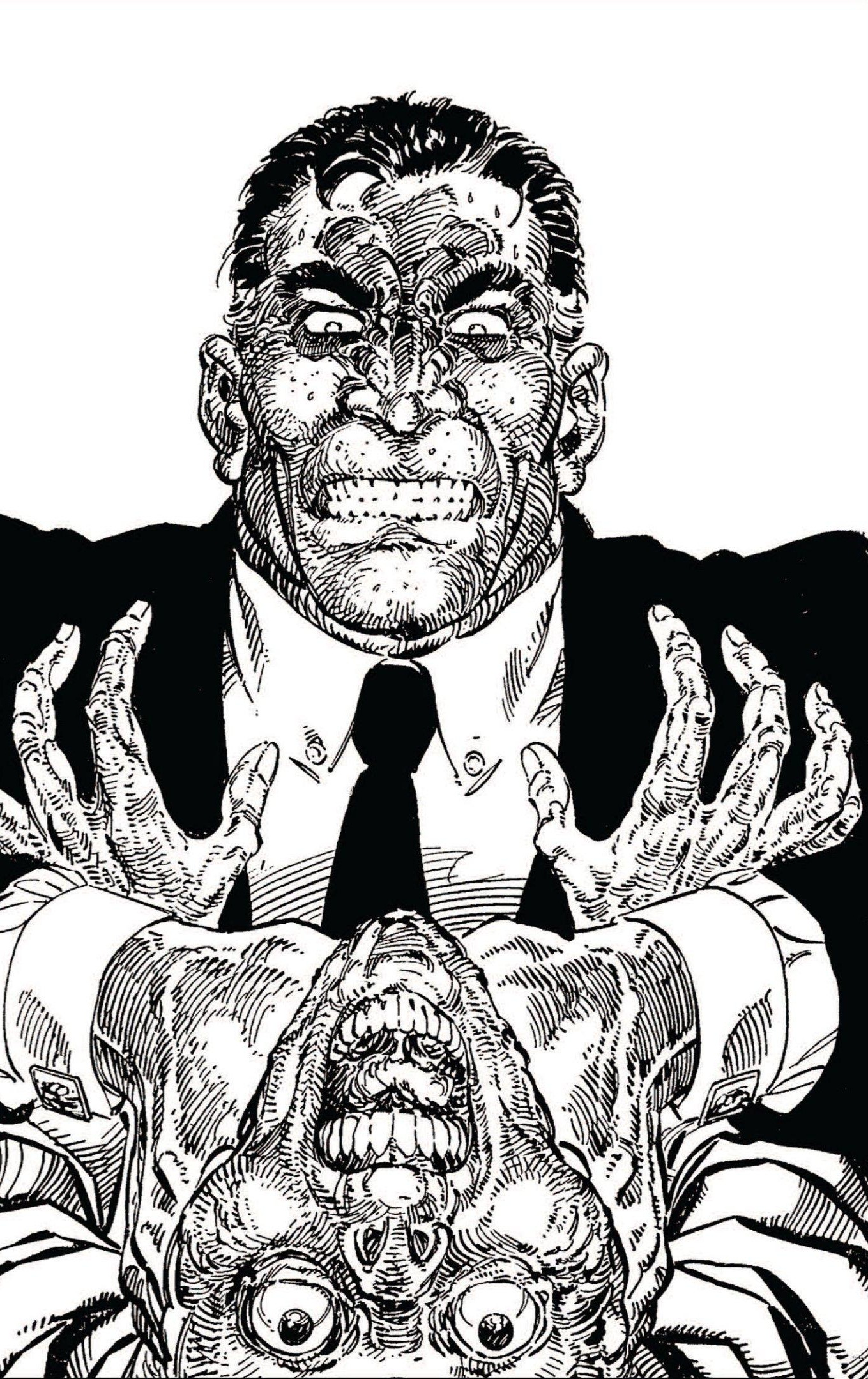 This second bulky black and white reprint collection compiles the final four volumes of Next Men as published in the 1990s, in order Fame, Faith, Power and Lies. Collectively they’re a compelling brew showcasing John Byrne’s wonderfully diverse approach to telling a story, and presenting a wide range of intriguing personalities beyond the five teenagers genetically engineered to have super powers. The range is from the comedy of a huckster comic publisher whose creations come to life, to a teenage girl’s sordid abuse by a power hungry thug, who happens to be a very influential politician. Along the way it guest stars several other characters from 1990s creator owned comics, with Mike Mignola even illustrating a Hellboy sequence.

Byrne’s art has always been very graphically oriented, with strong layouts providing clear storytelling and good at building characters and their emotions visually. It’s all on display here, and the lack of colour is no great loss. Much of the colouring was deliberately washed out anyway, and even in the colour equivalent (see Classic Next Men volume three) the White House has never looked whiter.

The background to the series as revealed in volume one is that a criminal from the future travelled back in time to 1955, and has spent almost forty years influencing people and providing technology from his era to perfect genetic engineering. In the present of the 1990s the Next Men are the result, newly awoken to the real world, the first beings with super powers. They’re not a team as such, just five individuals who shared the same fate, and these are the stories in which they explore the wider world making discoveries about themselves, and in Danny’s case his parents. The second half of the book progresses to a form of showdown in which assorted parties with vested interests converge on the White House. It’s an incredible page turner, and reads better here than the original graphic novel presentations because the ‘M4’ back-up strips are included. There is some repetition to them, and they’re an exercise in building each episode to a shock ending, but without them the characters converging with the main strip wouldn’t read anywhere near as well.

Because Byrne dispensed entirely with thought balloons, confident enough to let his drawing show us what the cast feel, Next Men isn’t as mired in its era as many 1990s strips are, and coupled with the inventive plotting and largely sympathetic cast, it’s still a thrilling read.