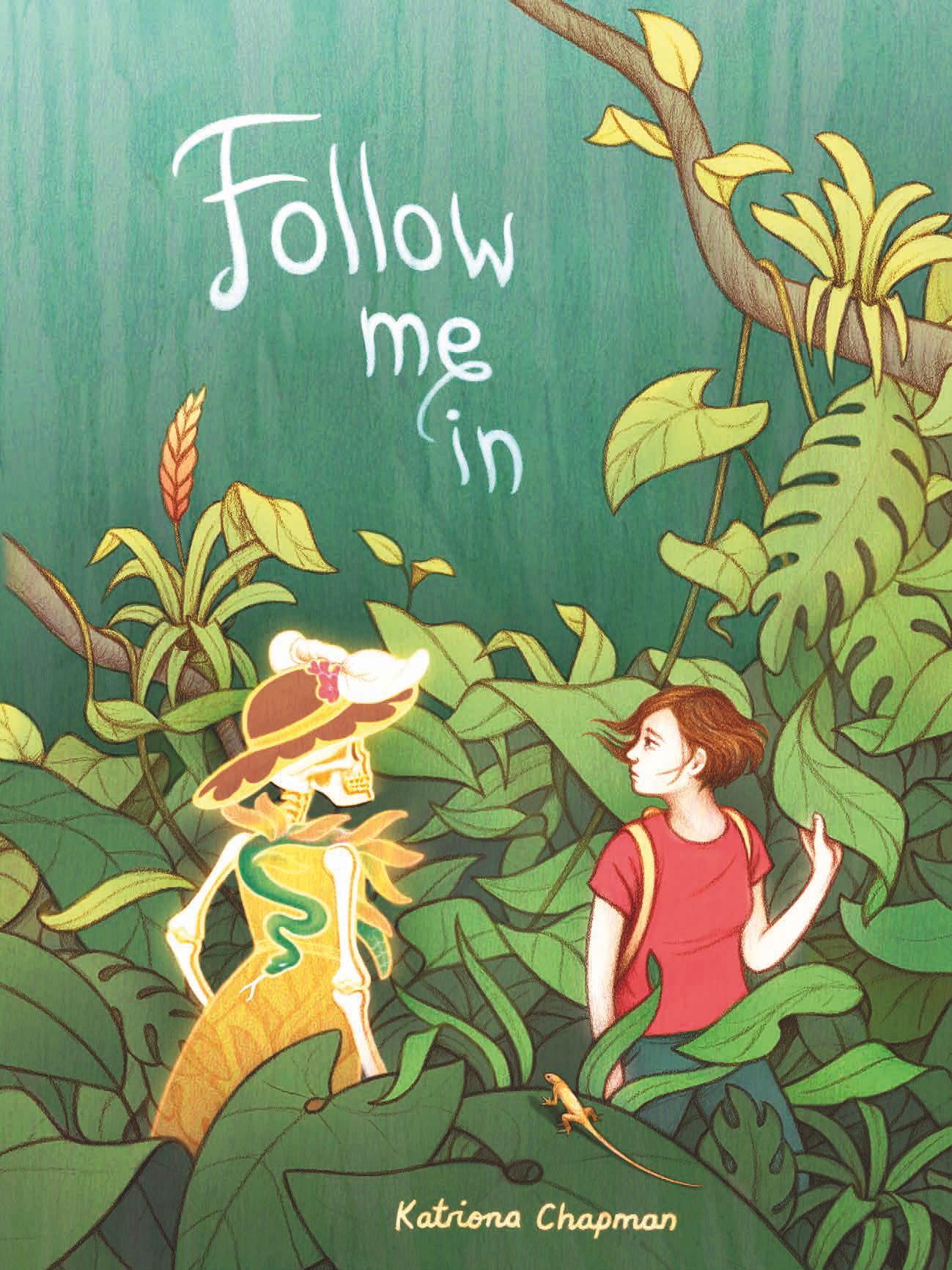 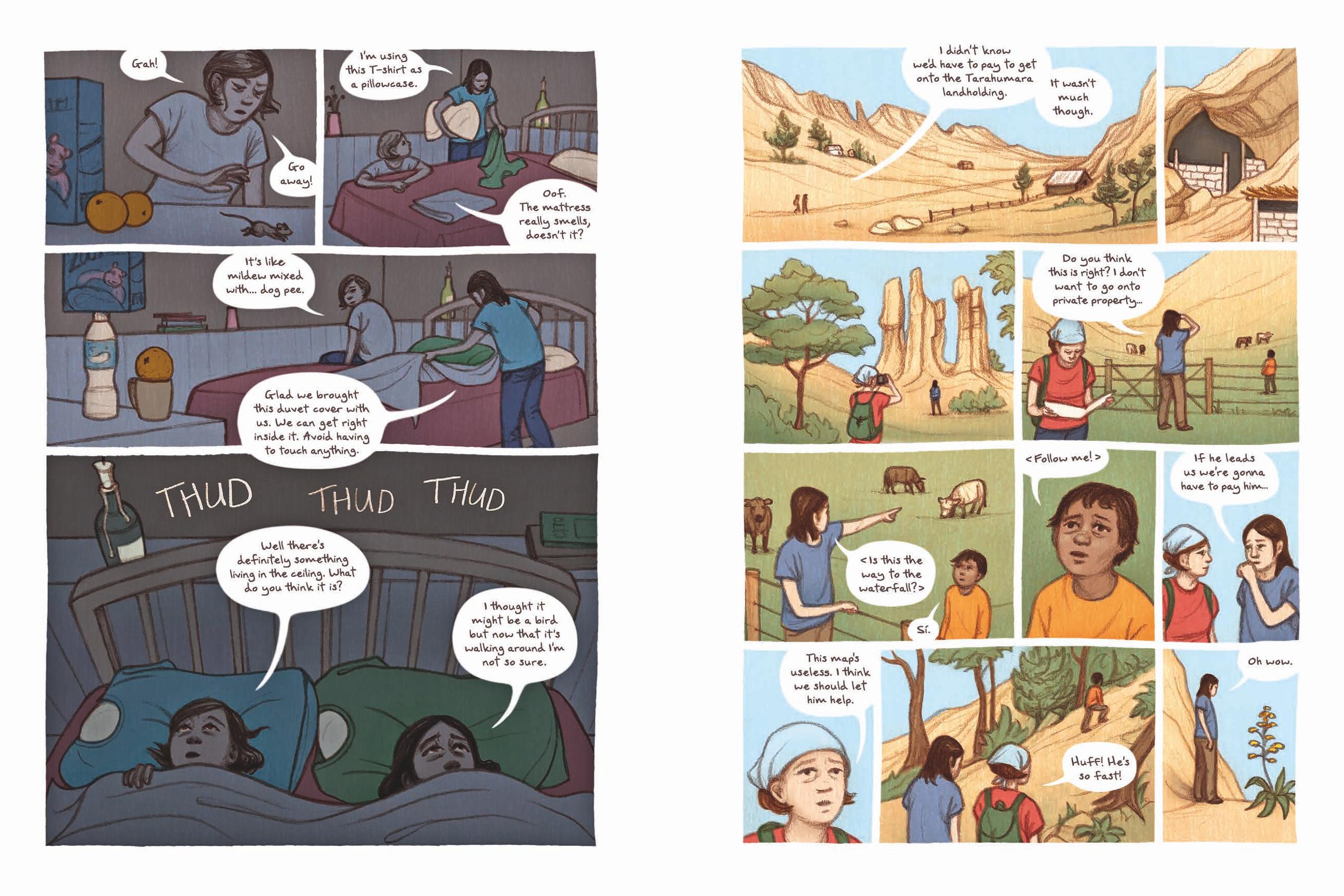 When she was 25 Katriona Chapman and her then boyfriend Richard took a backpacking trip to Mexico, anticipating their budget would allow a minimum stay of six months, enabling a relatively thorough immersion.

Using sketches she produced at the time as reference, some included, Chapman takes us on a pastel journey across a magnificent country exploring scenery and history, with less emphasis on people as at the time her Spanish was very limited. It’s a largely chronological trip, leisurely, and at times coming across as Chapman’s primary purpose being to aid her recollections later in life rather than cater to any audience. Buy into that, however, and the journey’s informative, like watching a travelogue where the genial host is genuinely interested in both learning and explaining, while simultaneously providing the joys and horrors of travel on a shoestring.

An emotional core is introduced to Follow Me In around the halfway point. Richard didn’t just get drunk on the single occasion shown earlier, he’s alcoholic, a binge drinker rather than continually drunk, yet without any control or limits. There’s a constant pull between enjoying the days at a time without incident while the dread continually builds anticipating the next lapse, putting a strain on both relationship and enjoyment. Chapman’s forestalled questions about privacy with an opening scene, mysterious at the time, when Richard provides consent for an honest recollection. A further present day scene near the end offers context about their relationship, now long in the past and their meeting awkward and stilted. It’s known before the Mexico sequences begin that the relationship is doomed, and it’s a clever narrative device, inducing the same uneasiness in the reader that Chapman experienced on the trip. Another distancing device is not translating Spanish dialogue, although anyone with a sprinkling of Spanish should be able to work out the basic intentions from the phrases combined with the illustrations.

Anyone with any interest in Mexico should take a look at Follow Me In. Those who’ve visited will have fond recollections prompted, and those who haven’t will have a stimulated appetite to do so, although, sadly much of Mexico is far more dangerous now.