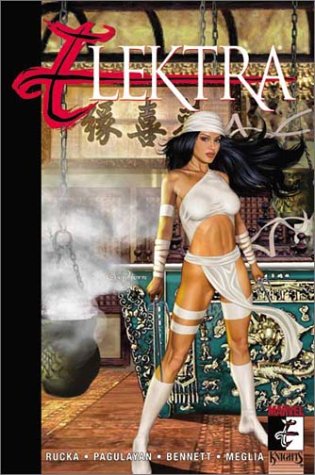 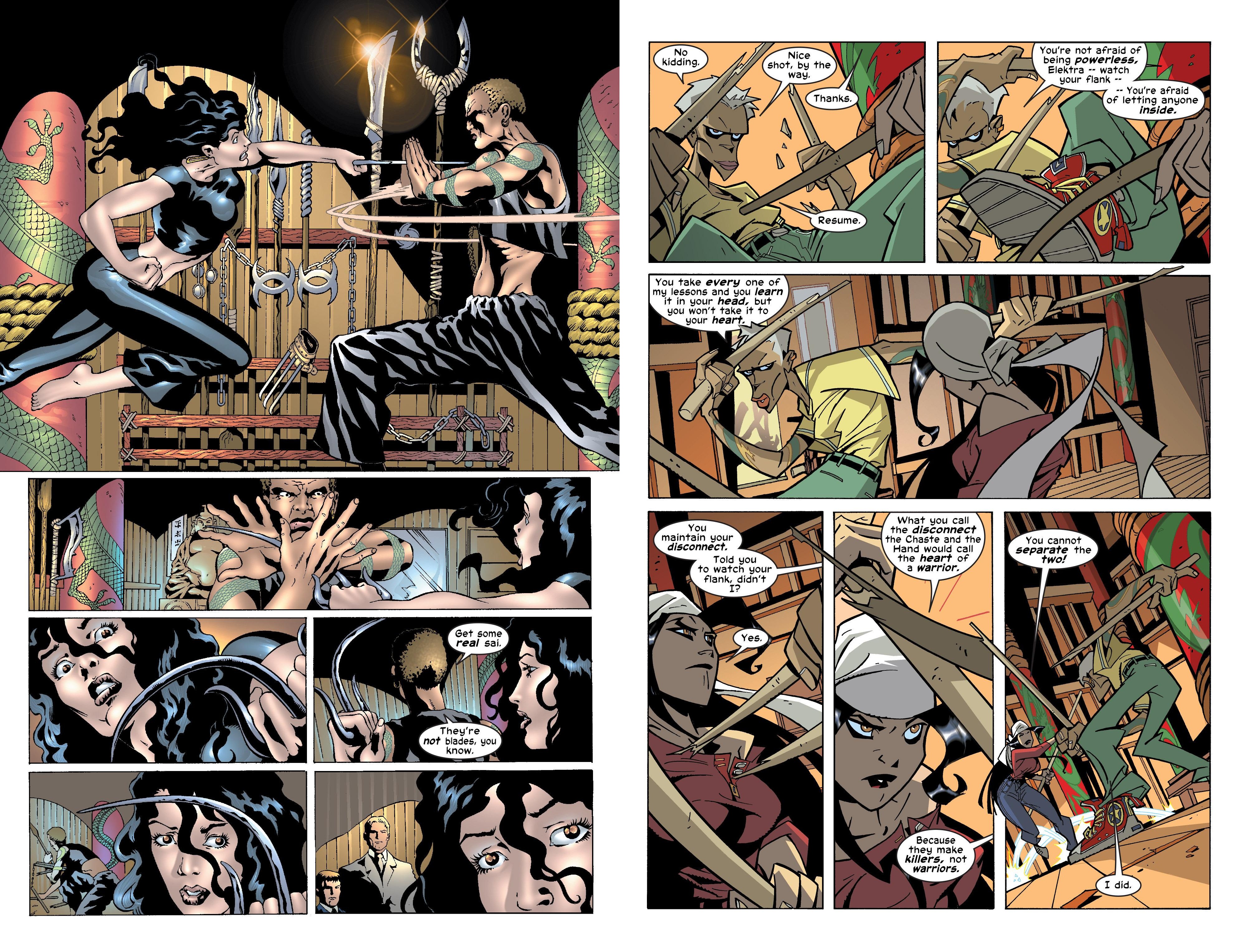 Greg Rucka’s portrayal of Elektra in Introspect was of a woman addicted to violence, her life validated only by murder. Without it she rapidly crumbled, but was rescued by the former husband of one of her unintentional victims, who’s set a path of redemption. This involves a new character, Drake, a tattooed martial artist of the first rank who invests her combat with spirituality, and some lessons about life and people in general.

The underpinning of Introspect was weak, but that’s not as relevant here. It left Elektra where she was, and Everything Old is New Again is the rebuilding process. There’s not much that’s new about Rucka’s story, but crucially it’s new to Elektra, who’s never been anything other than the omnipotent killing machine. Why is that? And can she change?

Joe Bennett’s pencilling starts the book, and there’s a neatness to his layouts, and if his figures are occasionally odd, they’re nothing when compared to some of the strange distortions of Carlos Meglia filling in for a chapter. Meglia’s a schizoid artist whose methods have the busyness of street art, with some panels crowded, featuring little to lead the eye where it needs to go to follow the story, and others well designed. He also provides Elektra with breasts the size of her head. The change of style is too drastic, and severely impacts on the story. It’s a relief when Carlo Pagulayan returns to add his elegance to the final chapters. The other artist involved is Greg Horn, and it can’t be overstressed how inappropriate his sleazy and exploitative cover artwork is to a story about contrition and spiritual redemption. It’s a mistake repeated when this was collected along with Rucka’s other Elektra stories as Elektra by Greg Rucka: The Ultimate Collection.

Elektra follows a considered path, and her new ideals are ultimately put to the test when her old buddies from the Hand come calling. They’re ninjas from a criminal organisation, merciless killers who want Elektra bent to their creed. Will she succumb? The final two chapters drop Elektra back into more conventional territory, until the very end when Rucka delivers his final thoughts on what Elektra is. Given how he’s stripped her back over the course of Everything Old is New Again, these are surprising, but leave the character more or less intact for the next writer.

While not entirely successful, Rucka investigates Elektra’s personality and motivations more incisively than anyone since her creator Frank Miller. The result is not the Elektra we’re used to seeing, which is both blessing and curse, and how much anyone enjoys this is dependent on the Elektra they want to see.