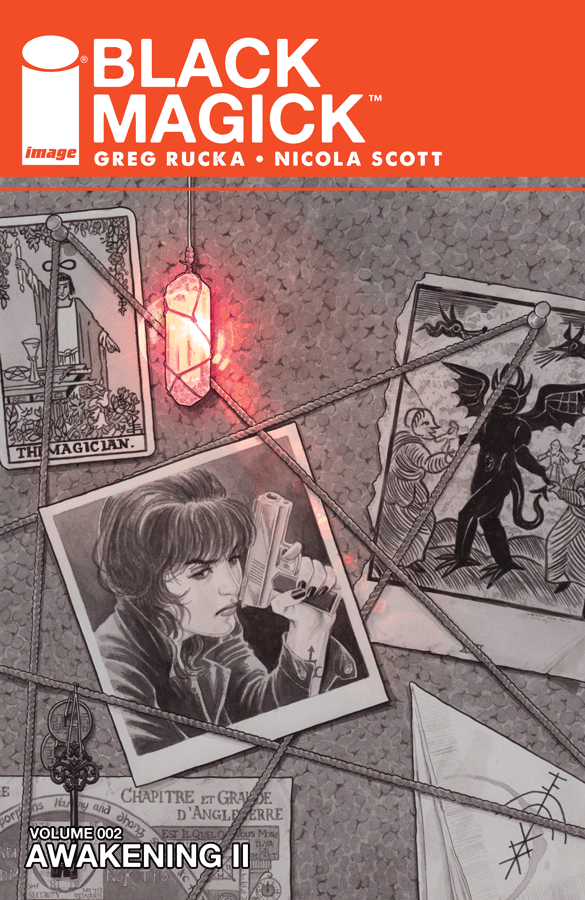 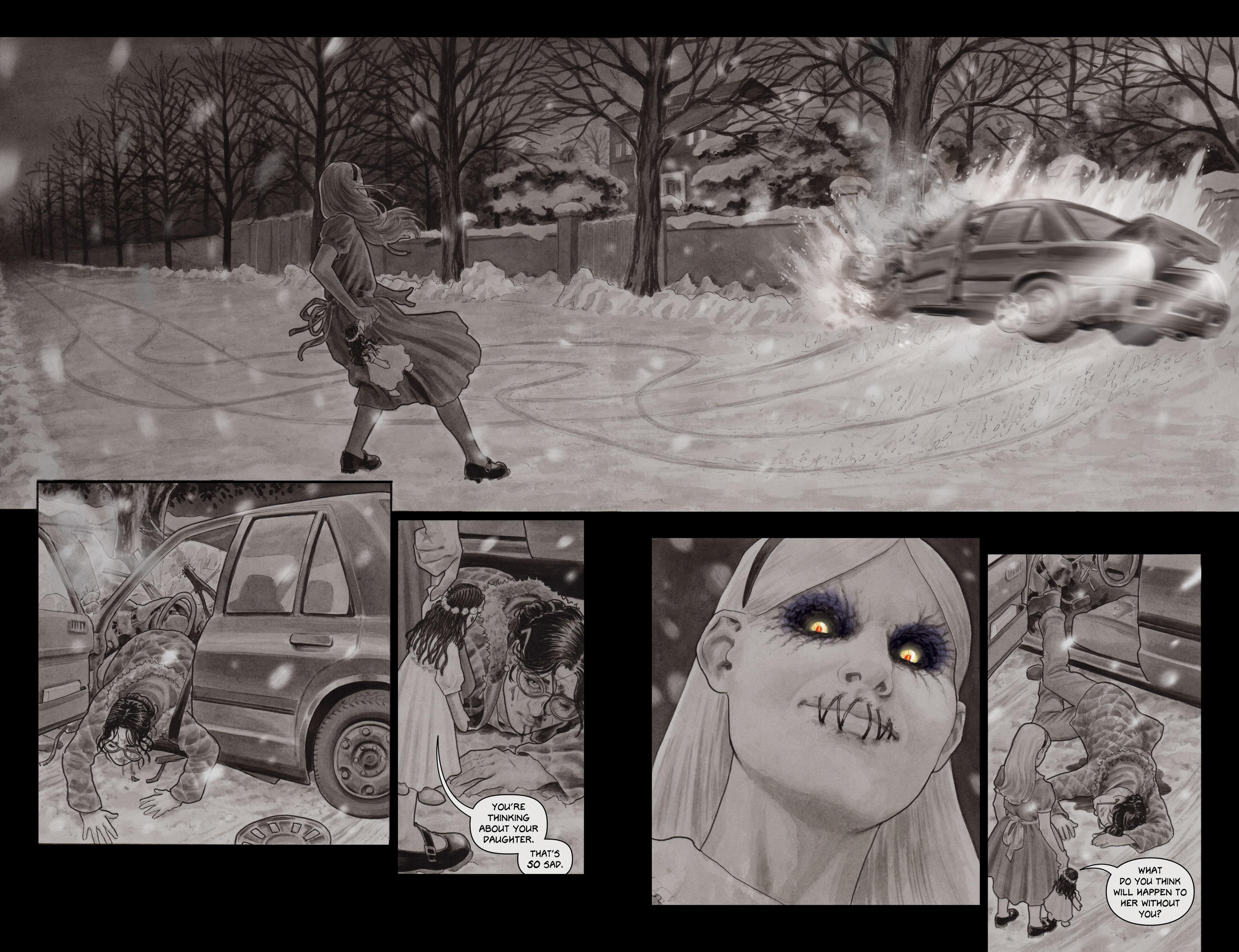 Very early on in this second volume of Black Magick Greg Rucka feeds one of his characters an astute observation as to what magic is like to those awakened to it, comparing it to someone only knowing a black and white world and suddenly seeing a rainbow. It’s all the more relevant for Nicola Scott’s beguiling art being primarily in grey wash with the occasional colour highlight. The comparison is in the context of Rowan Black’s coming of age ceremony when a teenager, an experience fraught with complicated adjustment manifesting personality changes as she absorbs the history of her coven in the opening chapter.

In the world of Black Magick, despite the title’s associations, witchcraft is a benign practice, historical persecution notwithstanding, but as seen in the first volume, something is tainting the world of magic, determined to target practitioners. Whatever it is, it seems to be circling around Rowan. Combining a career in the police with being a practising witch is difficult for her, but indicates a desire to serve the community. However, it also means she has to circumvent process for the greater good, and lately her partner’s become suspicious.

Awakening I set a slow pace and a carefully cultivated melancholy, but Awakening II slows things down even further, and that’s detrimental, as Rucka skirts very close to dull comics several times as he stretches the plot out. At least two organisations appear to have targeted Rowan for unknown reasons, one ancient with human members, the other far more than human, yet we pretty well knew that from the previous volume, and there’s no movement until the penultimate chapter of six. Before getting there much the same ground as previously is covered. This doesn’t make Awakening II poor, which is difficult to conceive with Rucka and Scott as creators, but picking up the pace would have great benefits.

Scott is exempt from any criticism, as she takes what’s in the script and draws it beautifully, with attractive and expressive characters, switching effortlessly to horror when needed. The very sparing use of colour as a series trademark is distinctive and wonderfully applied, giving a real power to scenes when it appears. Black Magick still looks amazing, but much of this comes across as a TV drama on a limited budget avoiding the effects element for which people tune in.

In 2019 a deluxe hardcover edition titled The First Book of Shadows combines this book with the earlier volume, and third volume Ascension I follows.