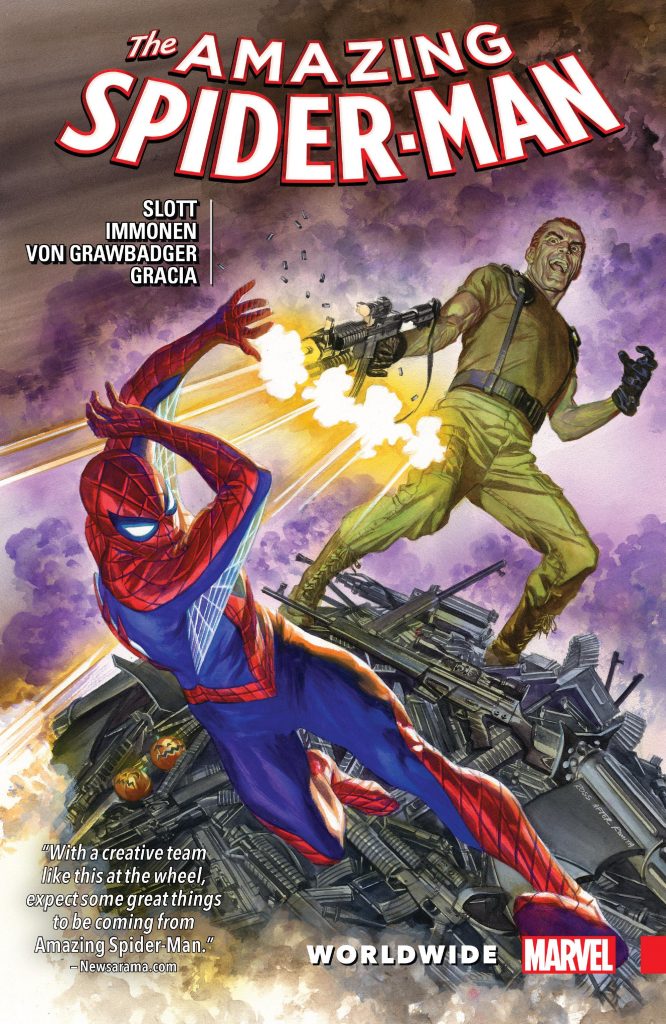 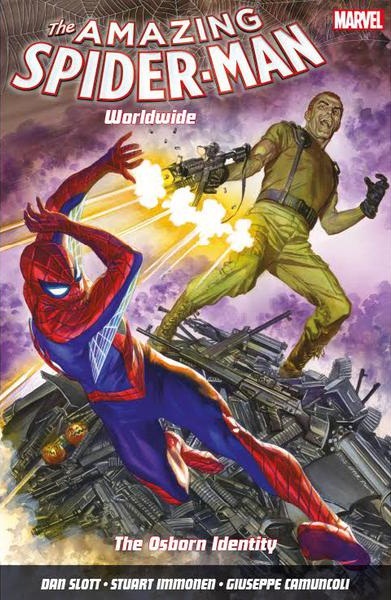 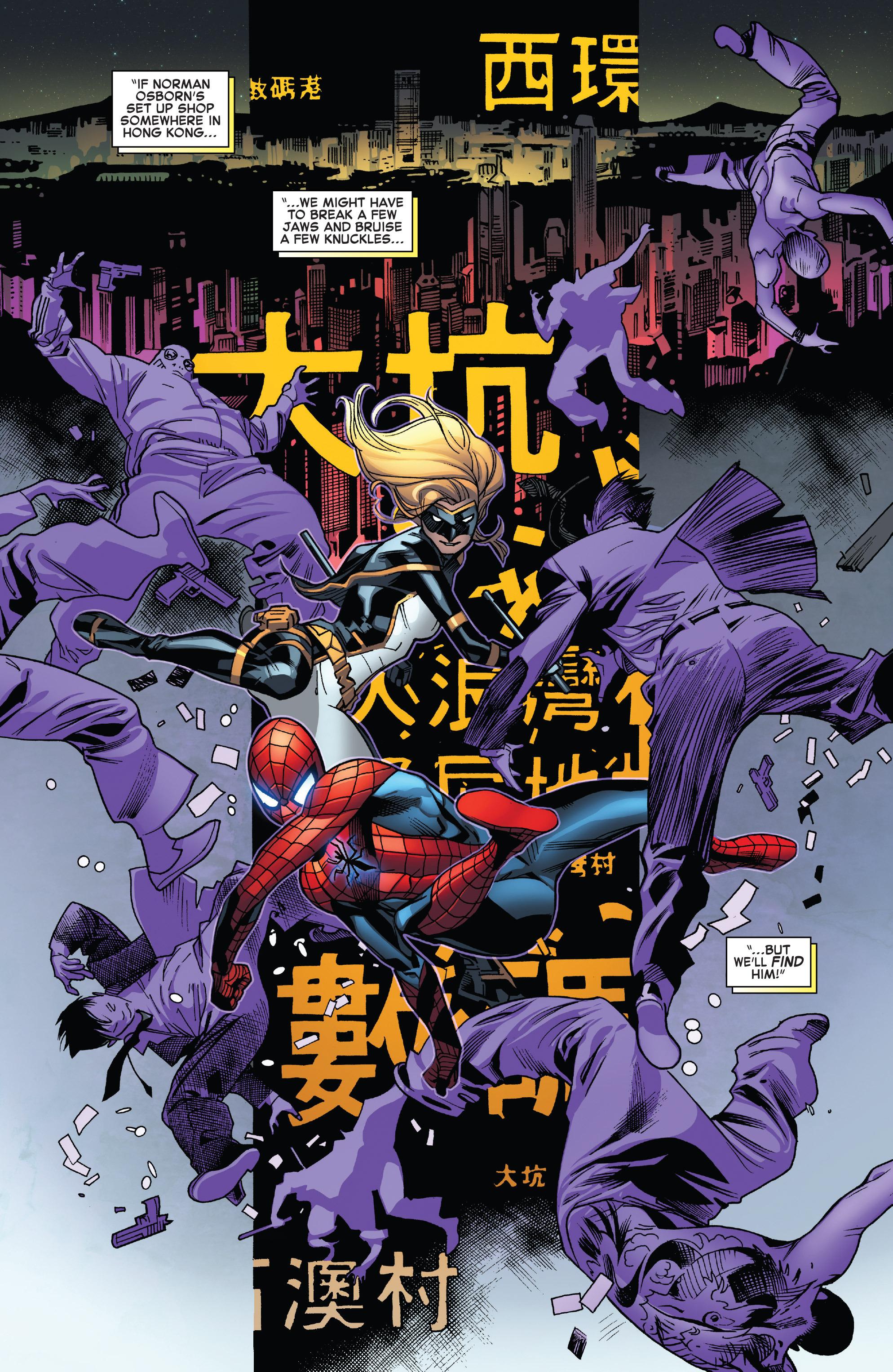 Spider-Man at his best is a fantastic superhero, and Dan Slott has been giving us Spider-Man at his best over so many graphic novels that maybe there’s a tendency to take that for granted. Take the opening chapter here, which could just be business as usual. Spider-Man’s been given a clue as to the possible location of his greatest enemy Norman Osborn, the Green Goblin, also wanted by S.H.I.E.L.D., so the first section is an absolute thrill rush as Spider-Man leads a team of other agents raiding what’s presumed to be Osborn’s base. The pace of the mission never lets up as it supplies innovative action, snappy wit, and mysteries, with Stuart Immonen’s polished layouts accentuating all the right aspects. The second half of the story is more character based involving Peter Parker’s friends, and Slott and Immonen nail that as well, upping the intrigue and introducing a complication based on the previous Clone Conspiracy. It’s a masterclass in how to hook an audience, and Slott seemingly manages this so effortlessly.

Osborn and his plans occupy most of this book. He’s always been a brilliant villain, an engineering and chemical genius, devoid of moral principle, utterly ruthless,and extraordinarily manipulative, so easy to hate. Slott doesn’t stop there, though. Another Spider-Man villain is playing people behind the scenes, and while they won’t manifest until Secret Empire, they have an effect here.

Immonen has developed telling stories across a two page spread into something of a signature technique, thoughtful enough to ensure nothing of note is lost in the book printings when those pages are bound. This method works exceptionally well on a story that develops into a war. Parker and Osborn are now both industrialists, and the centrepiece of Slott’s plot is the chaos resulting when they pull all their toys out of the box. Slott’s imagination ensures that has horrific consequences. There is the Spider-Man vs Green Goblin battle that we all want, but presented in a new way, rather than revisiting old conflicts. It’s terrific.

Christos Gage and Todd Nauck provide the opening and longest of half a dozen back-up stories by assorted creators. These feature some clever ideas and some stupid villains, but never transcend their space-filler status. The most interesting of them is Hannah Blumenreich looking back on an incident early in Spider-Man’s career. She takes too many pages to tell the story, but it’s a very different story, and her cartooning is nice. As the shorts account for just under a third of the page count they drag the quality rating down, but the work by Slott and Immonen is great.