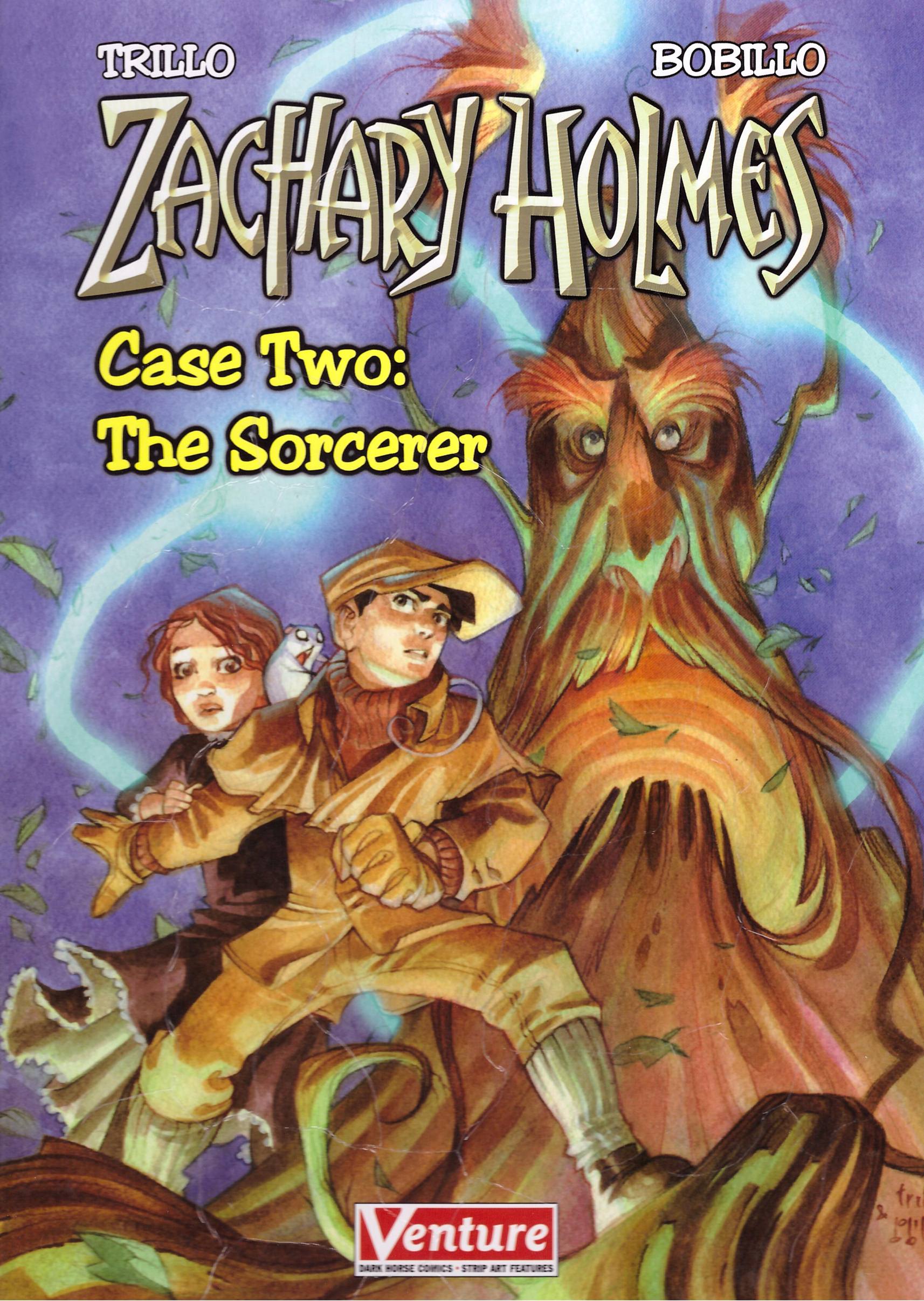 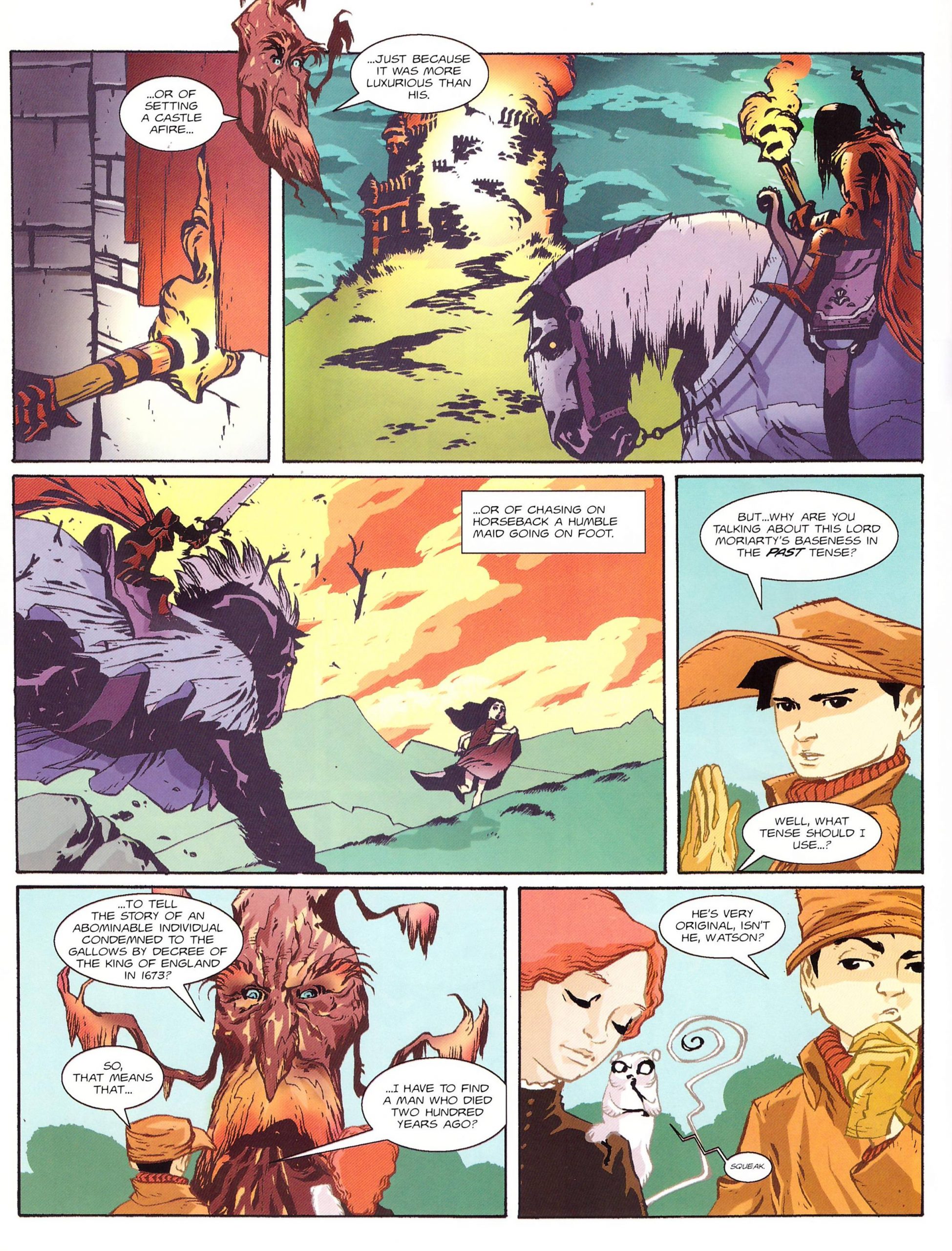 Having ensured freedom for Frankenstein’s monster, this time around Zachary Holmes is asked for help by none other than the legendary wizard Merlin, in a sorry state for centuries. That’s since he revealed his secrets to a woman who deceived him, transforming him into a tree rooted in a swamp. There’s not much to be done about that, but Merlin’s concern is that a malevolent old spirit plans to murder Queen Victoria.

The Sorcerer is a considerable improvement on the dumbed down slog of The Monster. This time Carlos Trillo’s able to provide a foundation for the eccentricities, and makes good use of the mouse Watson as the subject of visual jokes from the opening page. He goes beyond that, though, making Watson integral to events instead of the previous afterthought. Merlin is an interestingly provocative presence, able to see right through Zachary, and Moriarty, the evil spirit, an effective challenge for him. Trillo also expands Zachary’s world by introducing members of his family, some mentioned only in passing, one very effectively seen.

While Juan Bobillo’s colouring remains very individual, this time he’s not rendering everything in shades of dull, although there is a lapse when he draws the Buckingham Palace guards not in their famously bright red, but russet jackets. His version of Moriarty in pinkish purple makes him stand out, he uses other highlights such as Diana’s vivid red hair to draw the eye, and ensures what could be frightening scenes are kept to Disney levels of violence.

Everything combines to ensure The Sorcerer is what ought to have been provided first time out, an engaging, twisting and imaginative treat for young readers. Sad to say, the damage was done, and although Trillo and Bobillo have now clicked into place, there were no further adventures for Zachary Holmes.