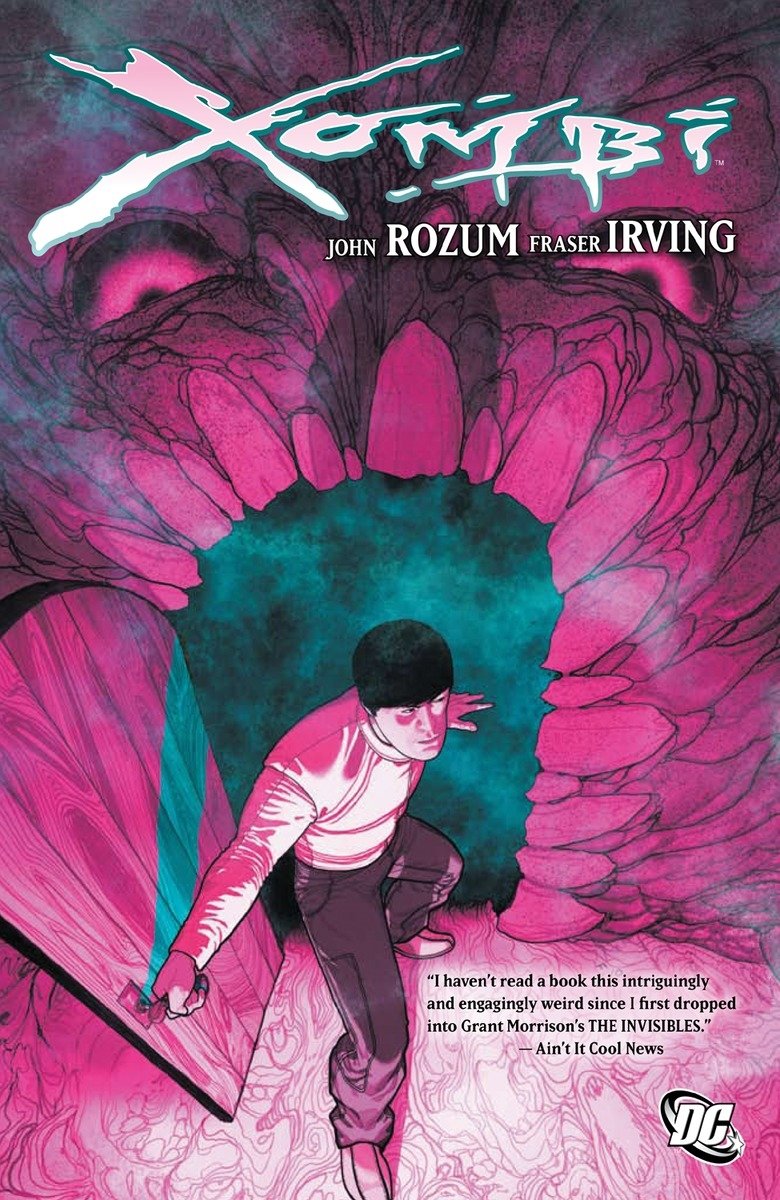 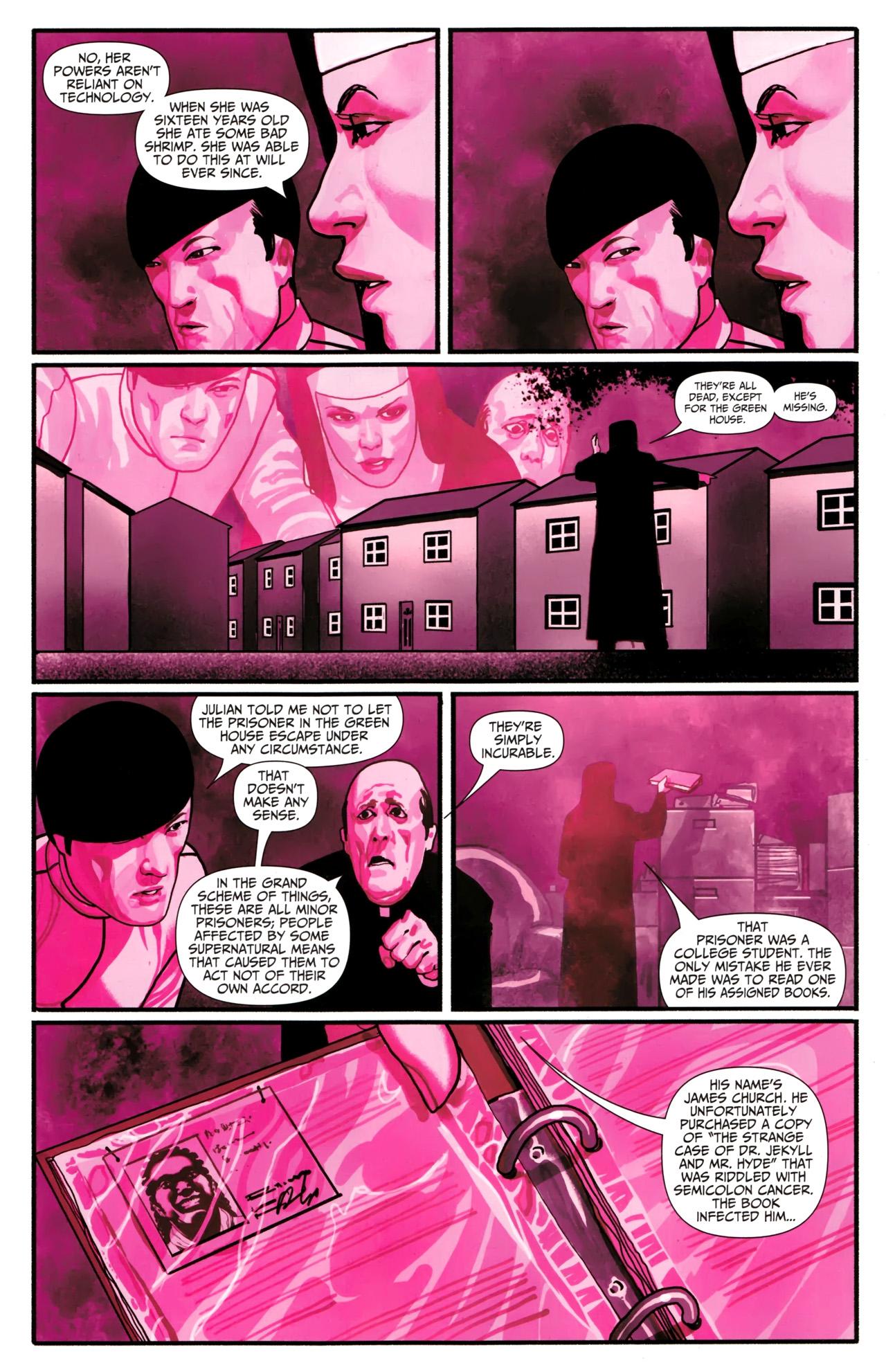 He’s uncomfortable being referred to as Xombi, but when David Kim died he was returned to life via experimental nanotechnology. His body now hosts millions of microscopic machines that instantly repair it when its injured, but as an early sequence shows, are capable of much more.

It’s only one of a parade of creative ideas presented by John Rozum in a story drawing on traditional bogeymen to present a very modern form of horror. Kim is contacted by a friend to investigate a jail maintained by the Catholic church and guarded by nuns with special powers and comical names such as Nun of the Above. These powers are inventively derived from the supposedly all powerful nature of God as worshipped by Catholics. On one level it’s very funny, what with the nuns, and Rozum having demons pontificate on the shallow nature of humanity’s preoccupations, but this knowing wink to the audience is kept in check as one threat after another is thrown at the cast. These are heavy duty menaces of the type even John Constantine would balk at, but when your body can be reconstructed from stray pieces of popcorn in a matter of minutes there’s not a lot to fear. As well as the physical, the horror plays out on an existential level, as Xombi is to all intents and purposes immortal, so what does the future hold for him?

The generally smart script is rendered in odd fashion by Frazer Irving. The drawing is very good, and he accentuates the funny aspects by playing it absolutely straight, as if it’s completely normal to have two nuns, a rabbi and a little girl able to shine the light of God sitting around a cheap dining table. The colouring, however, is awkward and distracting. Irving deals in colour washes, so entire pages will be in variations of bright pink or dull brown. Also, mystifyingly, he draws Kim as if he’s borrowed the rabbi’s spare skull cap and slid it haphazardly across the top of his head. That’s more than compensated for by the imagination he brings to the assorted mystical creatures and locations needed for the script. The unimaginable needs to be defined, and Irving manages this spectacularly well.

If there’s a problem with Xombi it’s that David Kim is absorbed into an eccentric ensemble cast. There is a little more attention spent on him, and the events are largely seen from his viewpoint, but he’s one of several characters having a bearing on the plot, and his isn’t even the decisive blow at the end. Perhaps that’s more to do with expectation. The story is an effective and imaginative horror thriller, if prone to miraculous intervention, but that’s common to stories dealing with magic. There’s a lot of cleverness to enjoy overall, and one has to wonder why John Rozum doesn’t write more comics. 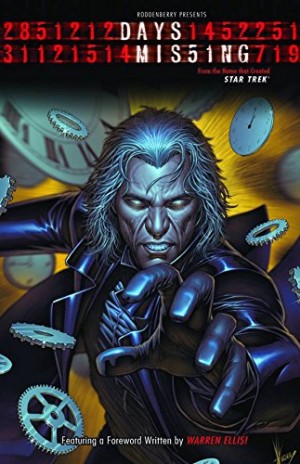 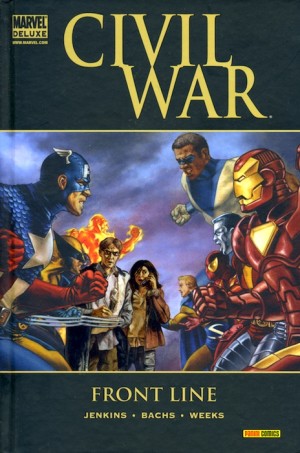 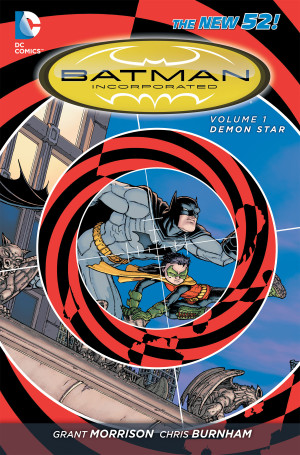