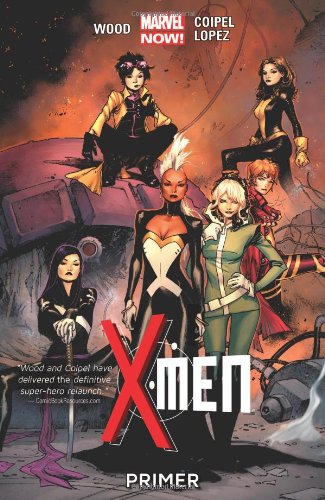 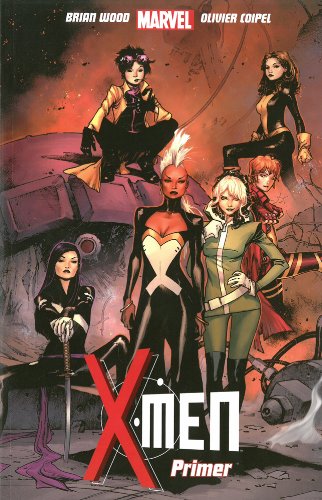 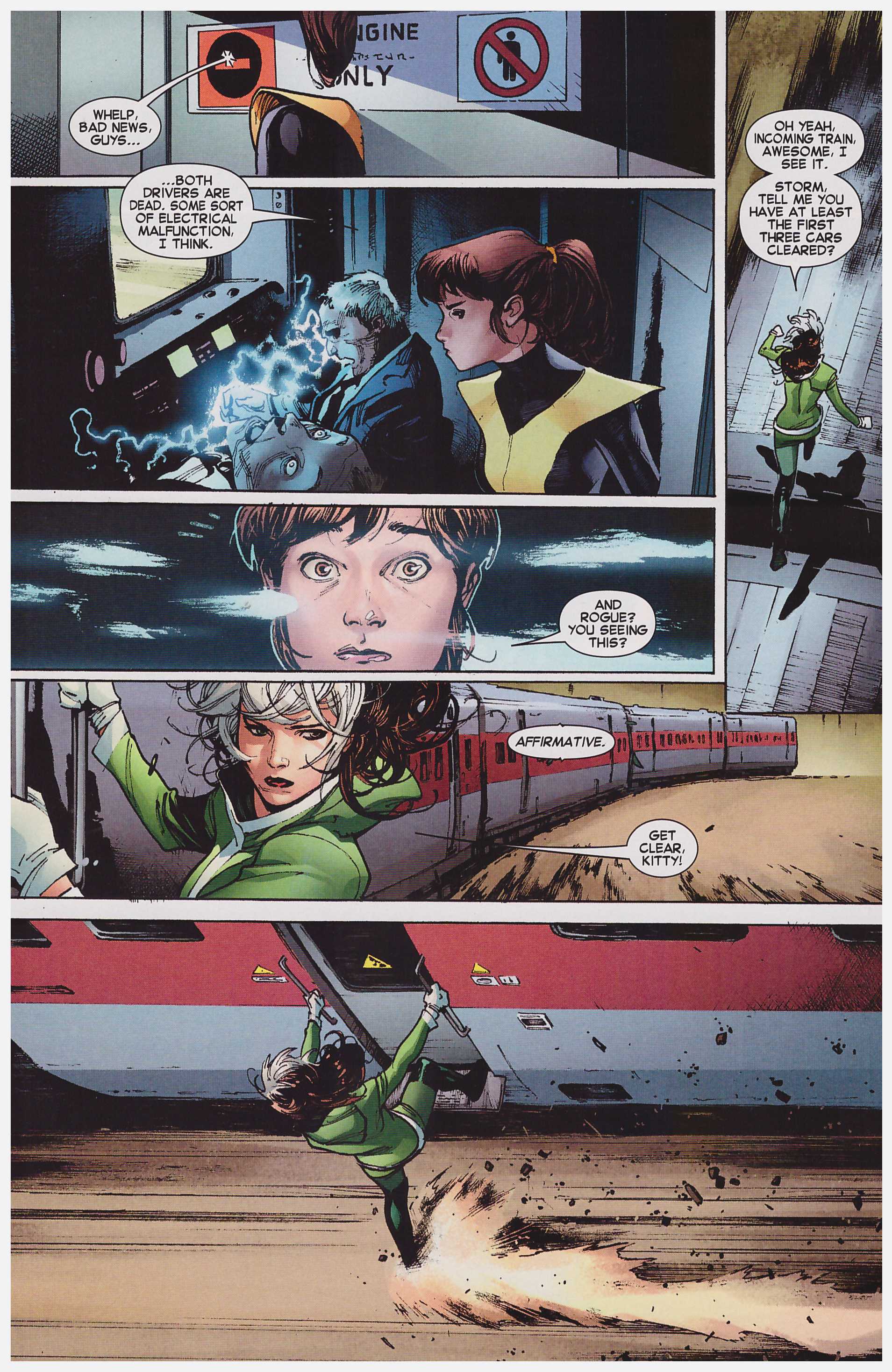 Much online publicity and discussion was generated by the pre-publication announcement that this re-launched X-Men series was going to feature an exclusively female cast. It was in keeping with the attitudes of Chris Claremont, who dramatically rectified the mutant gender imbalance in many years driving the series from cult favourite to marketing monolith. How many years will it be until we have the first X-Men title without a white face, or the first all-queer X-Men? And is this desirable? Discuss.

Once the smoke of polemic had cleared, it became very apparent that whatever Brian Wood may or may not have been doing right with the series, the gender of the cast actually mattered very little. Was it relevant whether it was Rogue or Colossus battering the villain of the piece, or Psylocke rather than Beast knocked unconscious and sidelined, or Rachel Grey and Storm arguing over policy rather than Cyclops and Gambit? The all-female team comes across as marketing contrived surface dressing rather than any commitment, particularly when at one pivotal point of danger it takes the male Hellion to save the day.

Forgetting all that, the opening couple of chapters are rather good. Jubilee is returning to the X-Men, baby in tow, thinking she’s being followed, and John Sublime, a former enemy needs help in seeing off his equally ancient and all-powerful sister. From there, though, the book rolls down the quality scale. A second chapter cliffhanger has no consequence in the third, and the oh so powerful villain is kicked into the long grass to pop up again in Muertas, rather than dealt with. It’s followed by the type of inter-team disagreement that’s sustained the series for decades spliced with a nice, if predictable, character piece of Jubilee and Wolverine renewing their acquaintance.

Olivier Coipel illustrates the bulk of the book in his graphic style, largely avoids objectifying the cast, and moves the story along well. Perhaps astoundingly, the three chapters he completes comprise the longest run by any penciller on the series. For the final chapter of new material David Lopez is technically good, but hardly generates thrills via his page designs.

In case we become too nostalgic about Claremont’s tenure, though, the book closes by reprinting the 1989 comic in which Jubilee was introduced as a Californian mall rat. Marc Silvestri’s either utterly uninspired by the material or incapable of dynamism at this stage of his career, and the plot, when we arrive at it after the arguments, concerns the female X-Men heading on a shopping trip (during which Silvestri shows an interest) and a visit to a male strip club. It’s intended as light-hearted, but by today’s standards it’s heavy-handed and verbose. 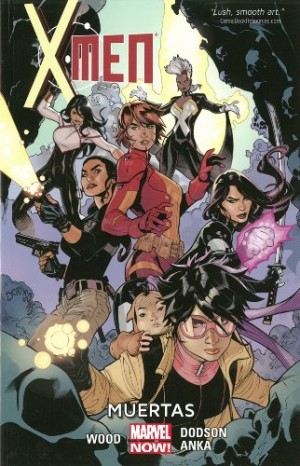 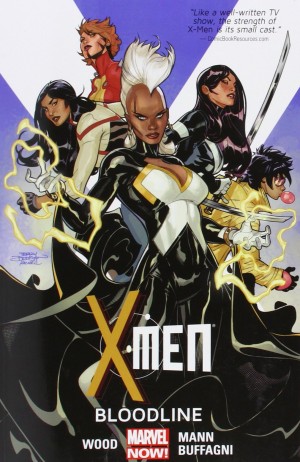