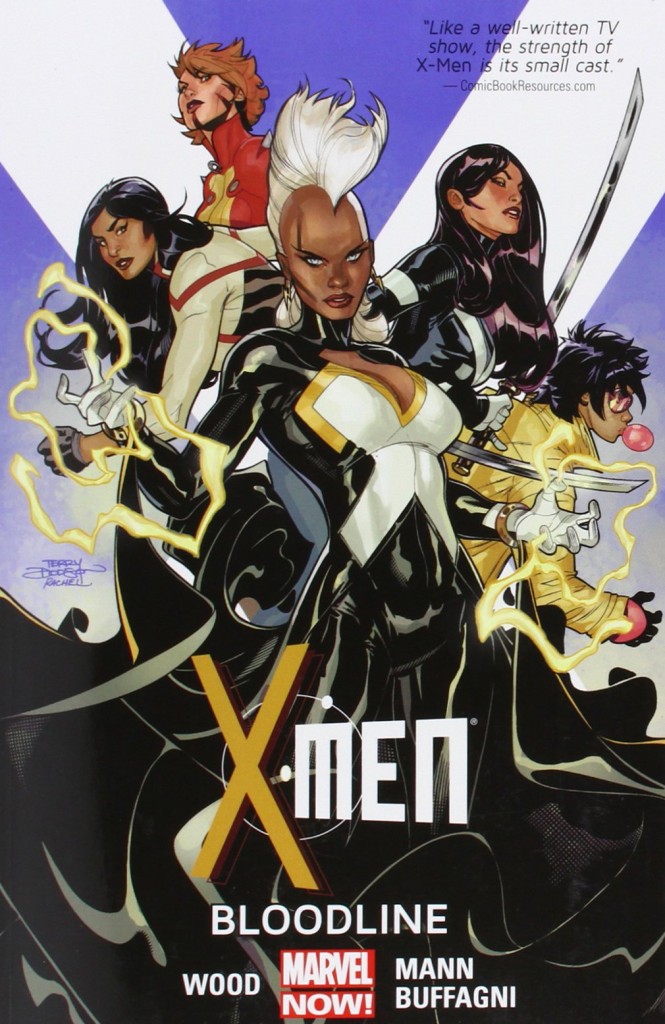 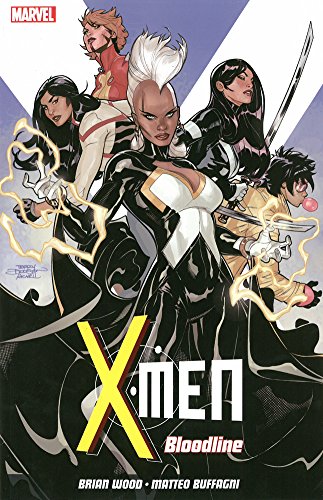 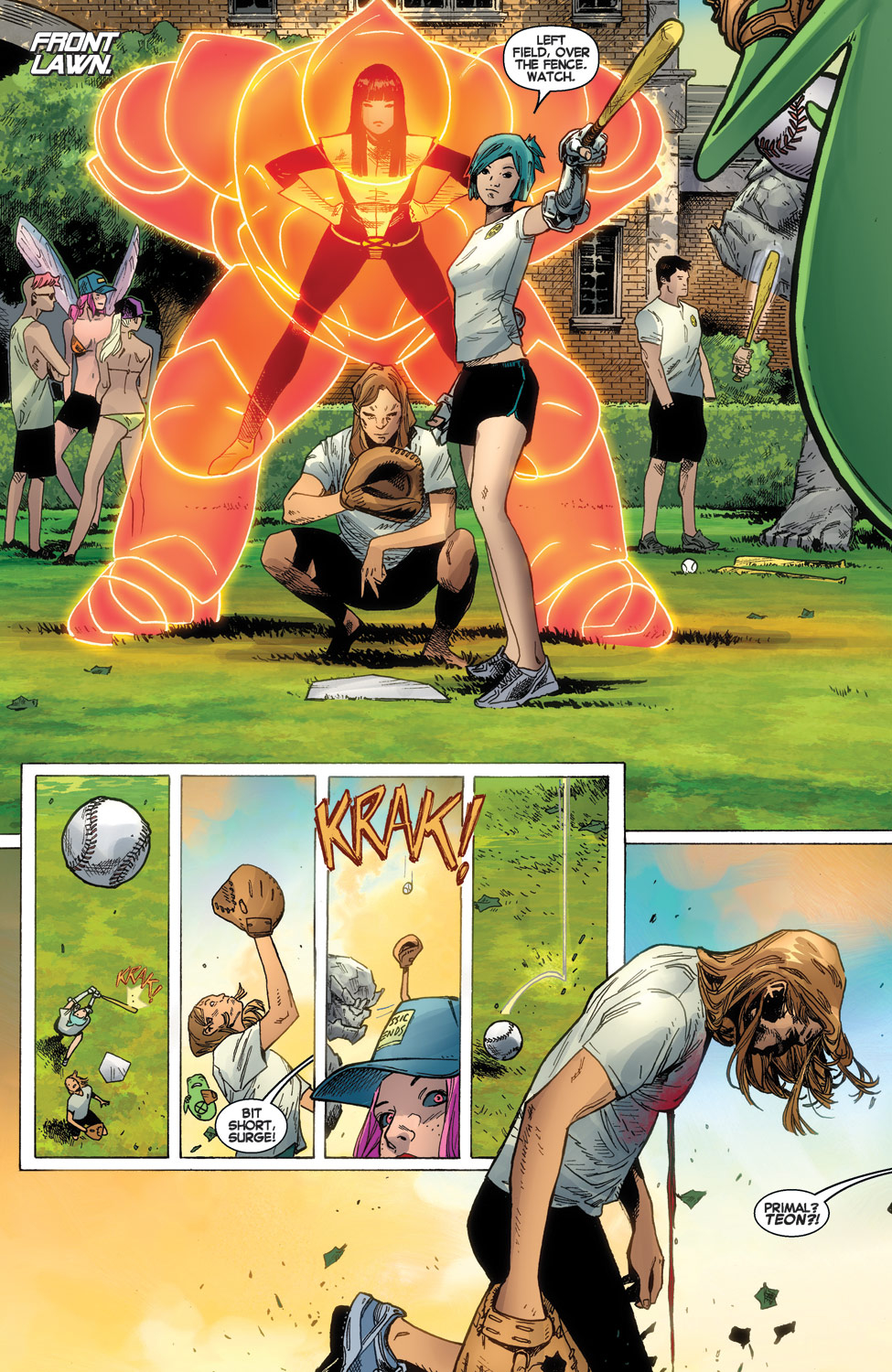 In his opening storyline Brian Wood returned Jubilee to the X-Men, along with an orphaned baby she’d rescued in Hungary. That interesting idea tied into a bigger plot, but apart from the occasional page featuring Jubilee and child there’s been very little done with it since. That changes with Bloodline, in which we discover the baby wasn’t an orphan after all.

Storm’s daughter Kymera manifested from the future in Battle of the Atom, and has stuck around in what to her is the past. We now discover why, and it’s pivotal to what’s not a very great plot that begins when the baby’s father manifests, very keen to retrieve the child.

Over two previous books Wood’s all-female X-Men have flattered to deceive. In both cases the stories have begun well enough, but petered out, and the same applies to Bloodline, except additionally here the basic plot is underwhelming. There’s no explanation as to how our villain, unimaginatively named the Future, happened to leave his child for Jubilee to pick up. We’re told he controls a criminal empire, but Jubilee’s right on the button when she labels him a tool. Furthermore the plot of infants shuttling back and forth through time, emerging back in the present day as adults or needing to conform to the expectations of a future version has been played out many times during the X-Men’s history, and Wood’s variation only adds a sense of desperation. Every one of his books has featured an all-powerful threat, and this follows the same pattern as the previous Muertas. Wood drags a plot over six chapters, seemingly grows bored with it, and wraps it all up in a couple of pages.

More interesting than the plot is the mystery of the vanishing artists, with Marvel seemingly unable to find a quality penciller willing or able to stay with the series for longer than three chapters. Clay Mann (sample art), impressive on short strips in Muertas opens this book, his work looking equally good here with interesting layouts, but he only lasts two episodes, which is slightly more than his successor Matteo Buffagni, leaving Geraldo Sandoval, then Paco Diaz and Phil Briones to finish matters off. Five different pencillers over five chapters. How incompetent is that? Buffagni’s style is very angular, and at times it looks as if he’s overlaying 3-D rough figures over digitally generated backgrounds. Sandoval is better, and if Mann couldn’t complete the book either Diaz or Briones would have been fine.

Muertes later ran a parallel story in conjunction with the main event, and that’s also repeated with ‘Bromo Superior’. Wood discards the women only theme to look at some X-Men in training, with Hellion using a danger room programme pitting him and his friends against a vast medieval army. That’s interesting, well drawn by Briones, and it works towards an unpredictable, if not entirely convincing, conclusion.

That’s it for Wood’s vision of the X-Men, which, when push came to shove, disappointed every time. The series continuity picks up with Marc Guggenheim writing Exogenous.