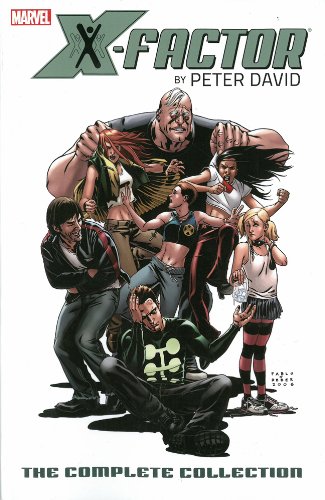 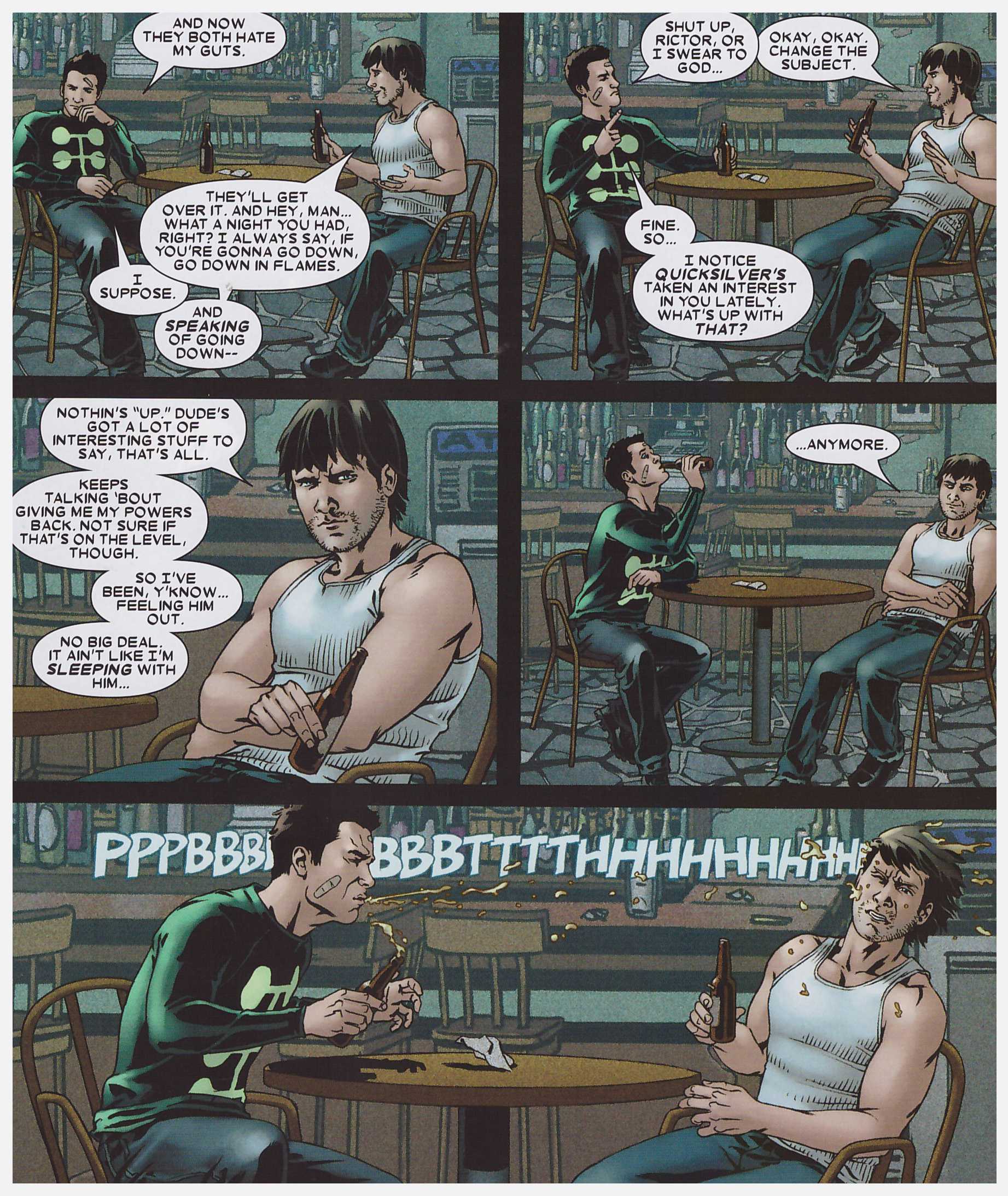 A plotting device at which Peter David excels is in throwing complication after complication into the lives of his cast, and as Jamie Madrox, the Multiple Man, is the lead, he bears the brunt of this. In the earliest chapters, material originally available as Many Lives of Madrox, we discover the polarised lives two of his duplicates have been leading, both of which impact on the core character. What another duplicate gets up to at night leads to an even bigger problem.

Elsewhere Monet and Siryn cause an international incident, a powerful new mutant arrives with a seductive offer, several other familiar faces are more overt in their ill-intent, and there’s some excellent interaction between Layla Miller and Quicksilver. Most of that was previously collected within Heart of Ice. It’s all glued together with David’s witty dialogue and unexpected plot spanners.

Most of the art is by Pablo Raimondi, who has a very accomplished style well able to cope with the wordplay of David’s scripts without ever making conversation pages seem dull. At times he plays with repeating the same view with minor variations, and at others he switches the viewpoint around the characters. If there’s a weakness, he’s not the best at conveying motion, but that’s not often an issue. Khoi Pham’s chapters are less appealing, lacking backgrounds and with a scratchier style going against the grain. Towards the end of the book we’re introduced to the excellent artwork of Valentine De Landro, who’d go on to accumulate a notable run on X-Factor, in what was originally collected as The Only Game in Town.

As well as regular issues this includes two specials focussing on individual characters. Quicksilver is at this stage a conflicted and tormented former superhero, and while there are some nice touches and it remodels the character for use, it’s among the weaker material. Far better is the spotlight on Layla Miller, drawn by De Landro, delving into her background and abilities, and better placed here than in the previous run of books where it was bumped to much later in the series (see Overtime).

While these are well-plotted, surprising and often clever stories, a drawback for some might be that there’s not great amounts of action in what’s ostensibly a superhero title. When there is, such as a few one-time mutants calling on X-Factor, it’s not as engaging. Let’s cherish the quality that is present rather than moaning about what’s absent.

It’s now been two years since this collection was published, and no further bulky volumes have appeared. Those wishing to continue with this run of X-Factor should head for Secret Invasion next.