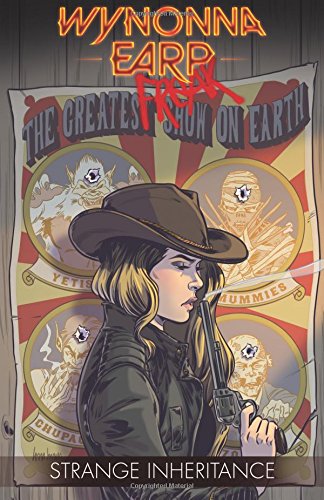 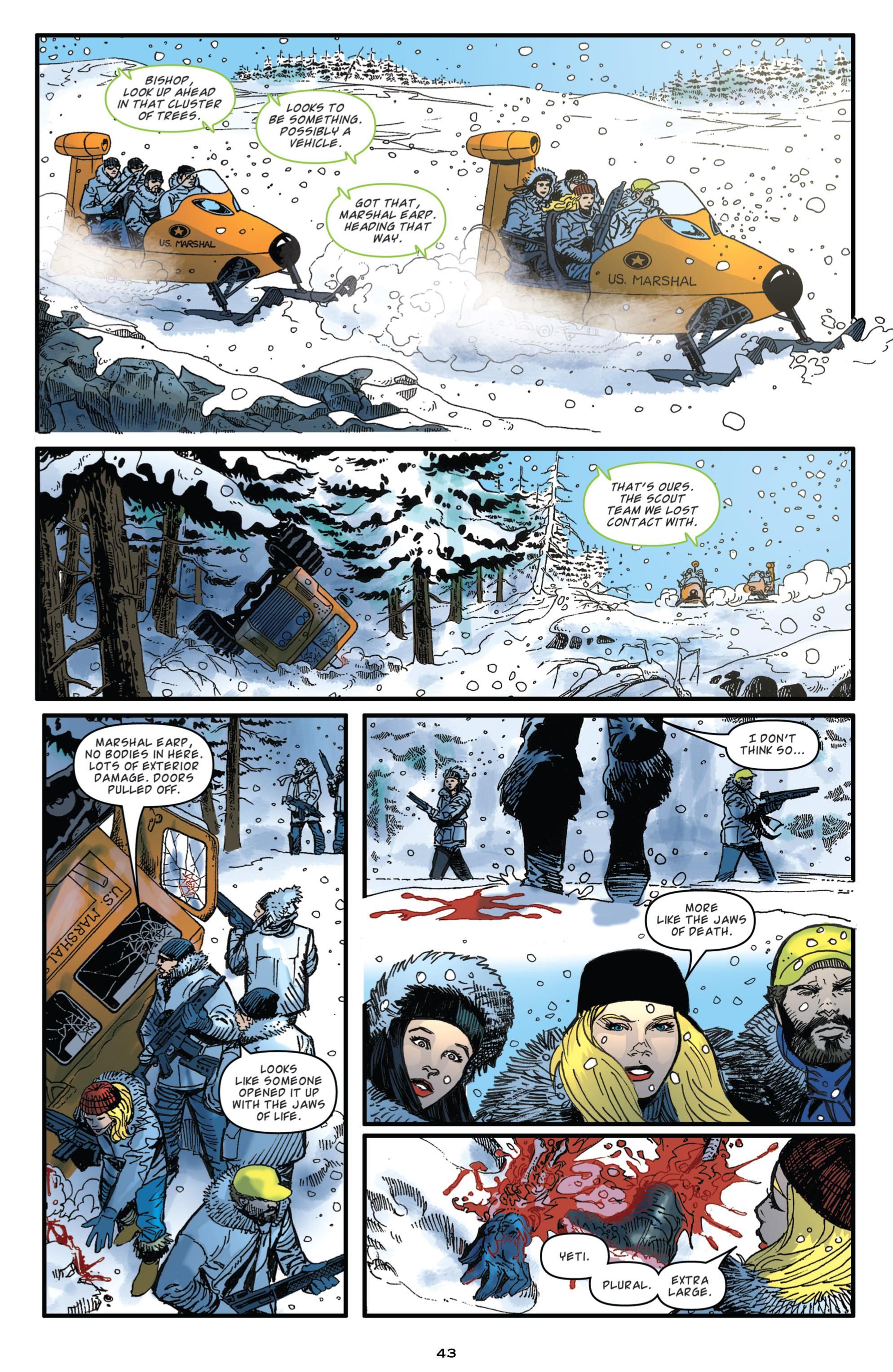 Wynonna Earp is proof that poor quality comics aren’t a hindrance to progression to film or TV if the concept is solid enough. However, anyone coming to Strange Inheritance via the Wynonna Earp TV show is going to have one hell of a shock at this all over the place collection of her earliest appearances.

The opening content is very poor indeed, exploitation comics in which Wynonna fills out several fetish costumes tottering about in high heels as she takes on the unknown. Writer Beau Smith includes himself in a strip in which he’s taken to task by his character, and laughs off Pamela Anderson comparisons, but it’s a feeble defence.

Despite some poor writing and art that prioritised Wynonna pin-up illustrations in preference to telling any kind of story, the basic premise behind the series was enough to ensure her survival. She’s the great granddaughter of legendary Western lawman Wyatt Earp, and follows the family tradition of employment as a marshal before being headhunted into the Black Badge Division, the covert government organisation that copes with paranormal incursion. Smith hints there’s a feud between her family and demons, but doesn’t explore that further in Strange Encounters.

By The Yeti Wars, previously issued as a separate graphic novel, Smith’s writing has improved. He’s still prone to including narcissistic stand-ins, and hasn’t quite reached the stage of being unable to drop a good line or two even if they’re out of place, but he can now produce a passable tongue in cheek action-thriller with supernatural elements. He fleshes out the world of Wynonna and the Black Badge Division in passing, introducing a sort of supernatural hierarchy supplying plenty of material for future stories, and the art of Enrique Villagran, is several rungs higher than the preceding material.

Joyce Chin illustrates much of that, and the hints of the talent that would later blossom are visible in this 2002 offering. There’s an attention to detail and a commercial appeal, but it’s well hidden in a style that priorities big images and lingerie shots. Pat Lee offers improved storytelling, but an unpleasant 1990s style in which every figure is scarred by dozens of unnecessary lines. The shorter material drawn by Manuel Vidal, and an introduction by Luis Diaz barely reach professional standards, and Lora Innes improves when she takes on the regular Wynonna Earp series starting with Homecoming.

Some of this content is so amateur that anyone spending list price on this book will surely be no happy camper. By the Yeti Wars segment, however, the strip has evolved into b-movie thriller territory with a very good artist. This is perhaps better bought in its original edition.