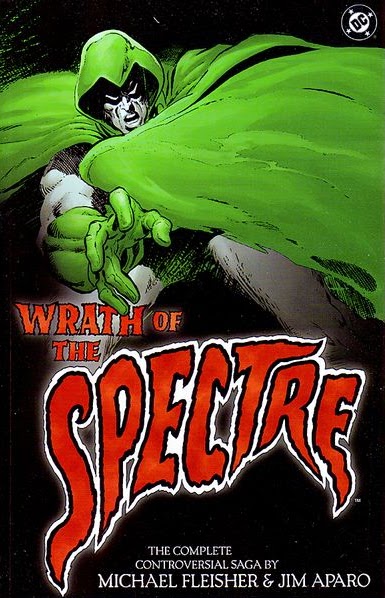 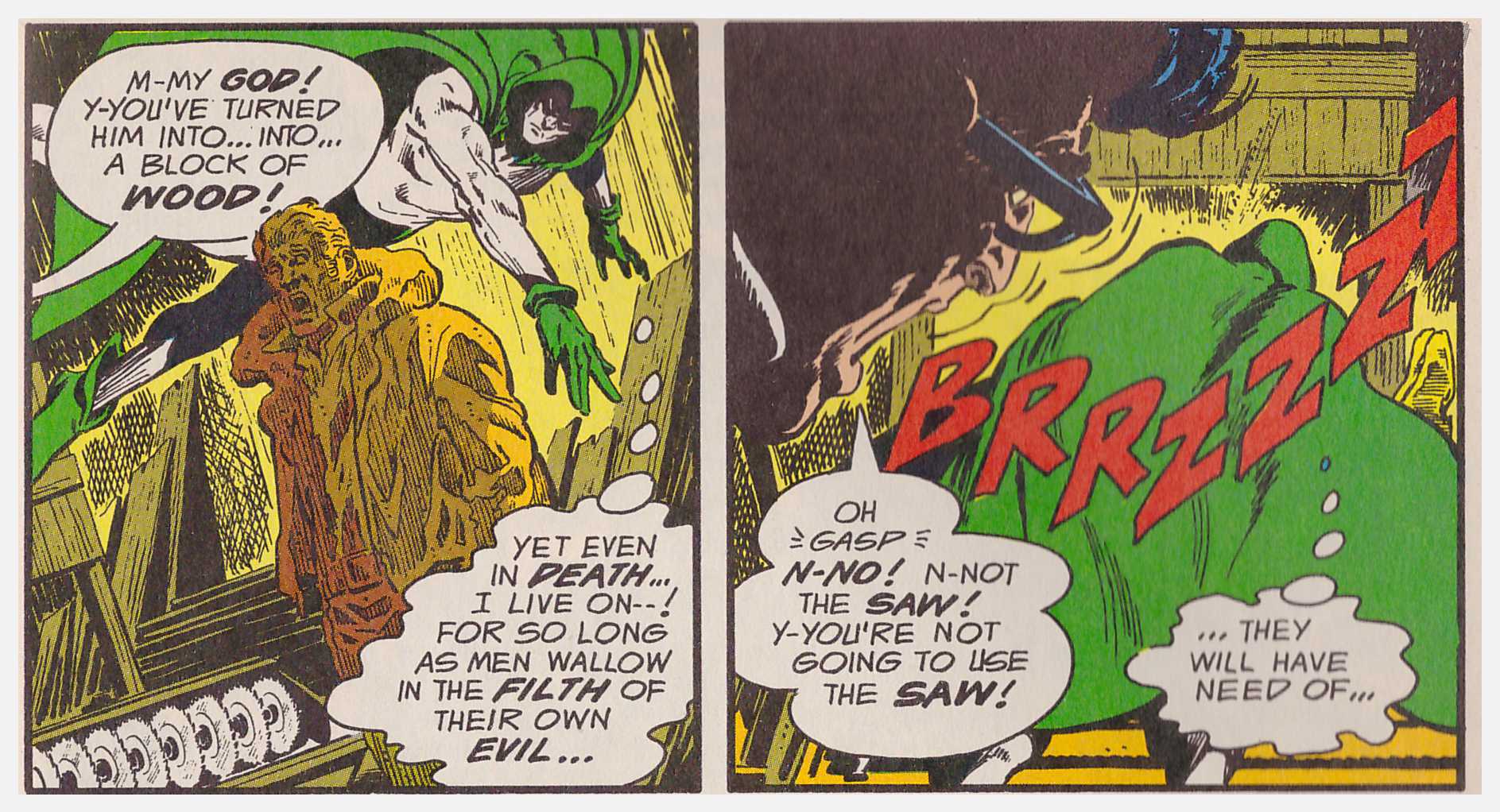 The starting point of this collection is controversy. When originally published in the 1970s there were continued mutterings regarding gratuitously violent content. Then years later writer Michael Fleisher took offence at an offhand interview comment about the material from writer Harlan Ellison and a long legal tussle followed. Without the controversy there would probably be no collection, which would be a shame, as these are well-conceived morality plays in which villains meet a thoroughly deserved fate.

The Spectre is a ghostly, near omnipotent agent of vengeance housed within fractious police detective Jim Corrigan. He’s commanded by a disembodied voice, never named but obviously intended to be God, on whose behalf he reacts to atrocities. This is an old testament God demanding an eye for an eye and a tooth for tooth, so the Spectre’s retribution is very much of the punishment fitting the crime mode.

In conceiving this payback Fleisher is consistently inventive. There’s no community service or restorative justice here, where transformations are the order of the day. In the earlier stories criminals are transformed into sand and scattered, or to glass and shattered. The most violent demise is that of an evil doer cut in half by a giant pair of scissors.

The more gruesome deaths are depicted in a blood-free manner by artist Jim Aparo, working in the days when the restrictive strictures of the Comics Code Authority still applied. His graphic realism is in the Neal Adams mode, although gradually transforms over the series. Later in his career he’d refine that style into a sketchier, almost shorthand version.

As the series continues, Fleisher takes a more ironic and literal tone. Terrorists whose flag portrays a multi-headed serpent are doomed when the Spectre endows their creation with life. A murderer hiding in a sawmill is transformed to wood and run through the buzz saws. Yes, there is a gleeful enjoyment to be had from this consistently funny over the top violence, and it’s heightened by the surrounding material being pitched perfectly straight.

Where this incarnation of the Spectre falls down a little is in the supporting elements. Fleischer writes his stories very much in the manner of 1970s TV dramas, so we have Corrigan tormented with the possibility of a love life with Gwen Sterling, who’s frequently abducted. Later we’re introduced to Earl Crawford, an investigative photographer trailing the Spectre and determined to bring him to book. There’s a repetitive pattern of near consummation in both cases only for the rug to be pulled away, although Fleisher has a darkly unsentimental attitude to Crawford.

The book also includes three stories written by Fleisher, but never illustrated when the feature was cancelled. Aparo pencilled these scripts for publication in a late 1980s reprint series, but the use of assorted inkers removes the previous artistic consistency.

Is this great art or genre-defining material? No. Discount the soap opera elements (easily done), however, and it’s thoroughly enjoyable trash culture, with tendrils harkening back to the classic EC horror material of the 1950s. 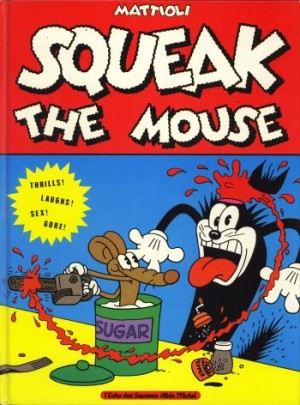