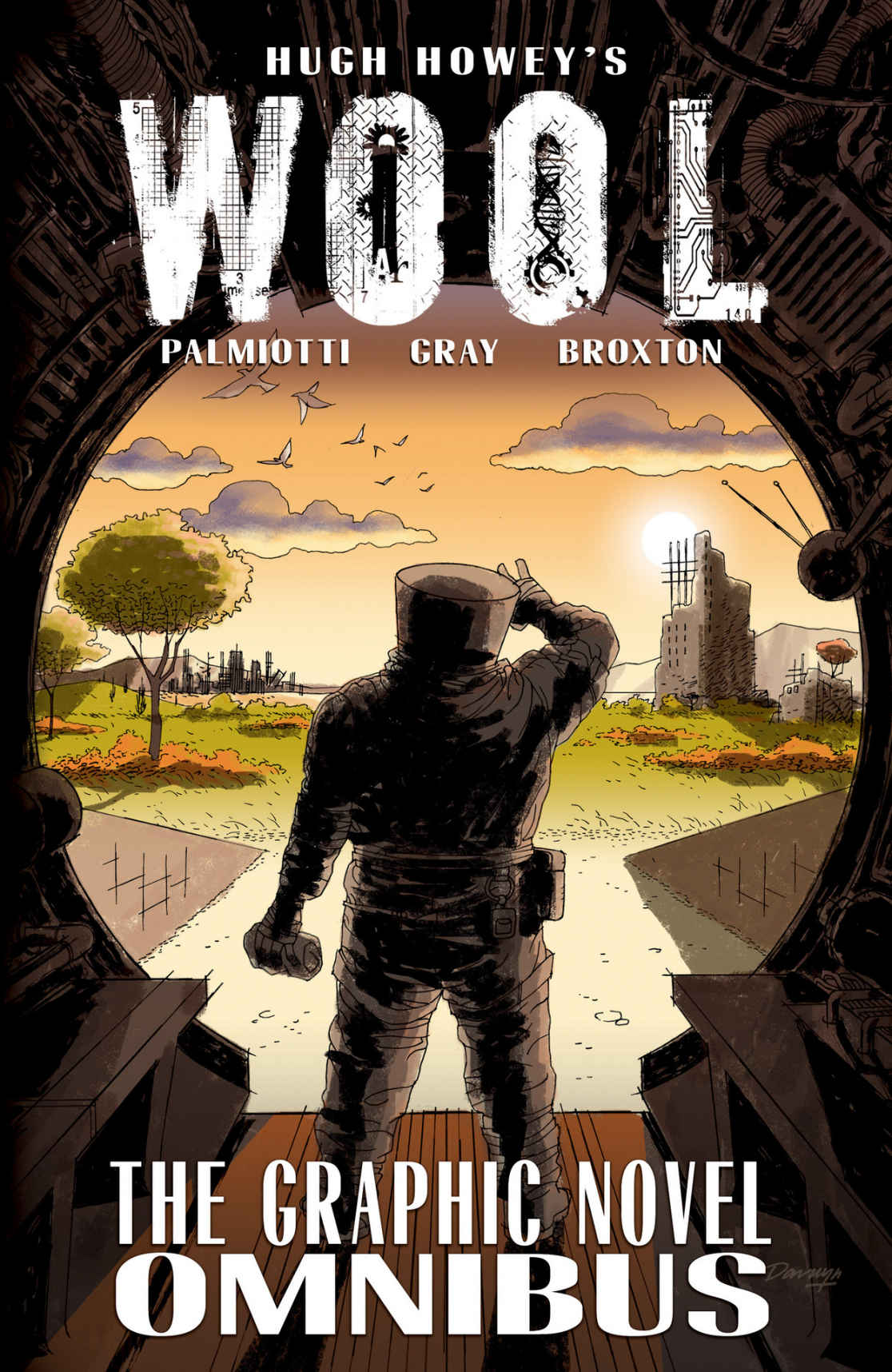 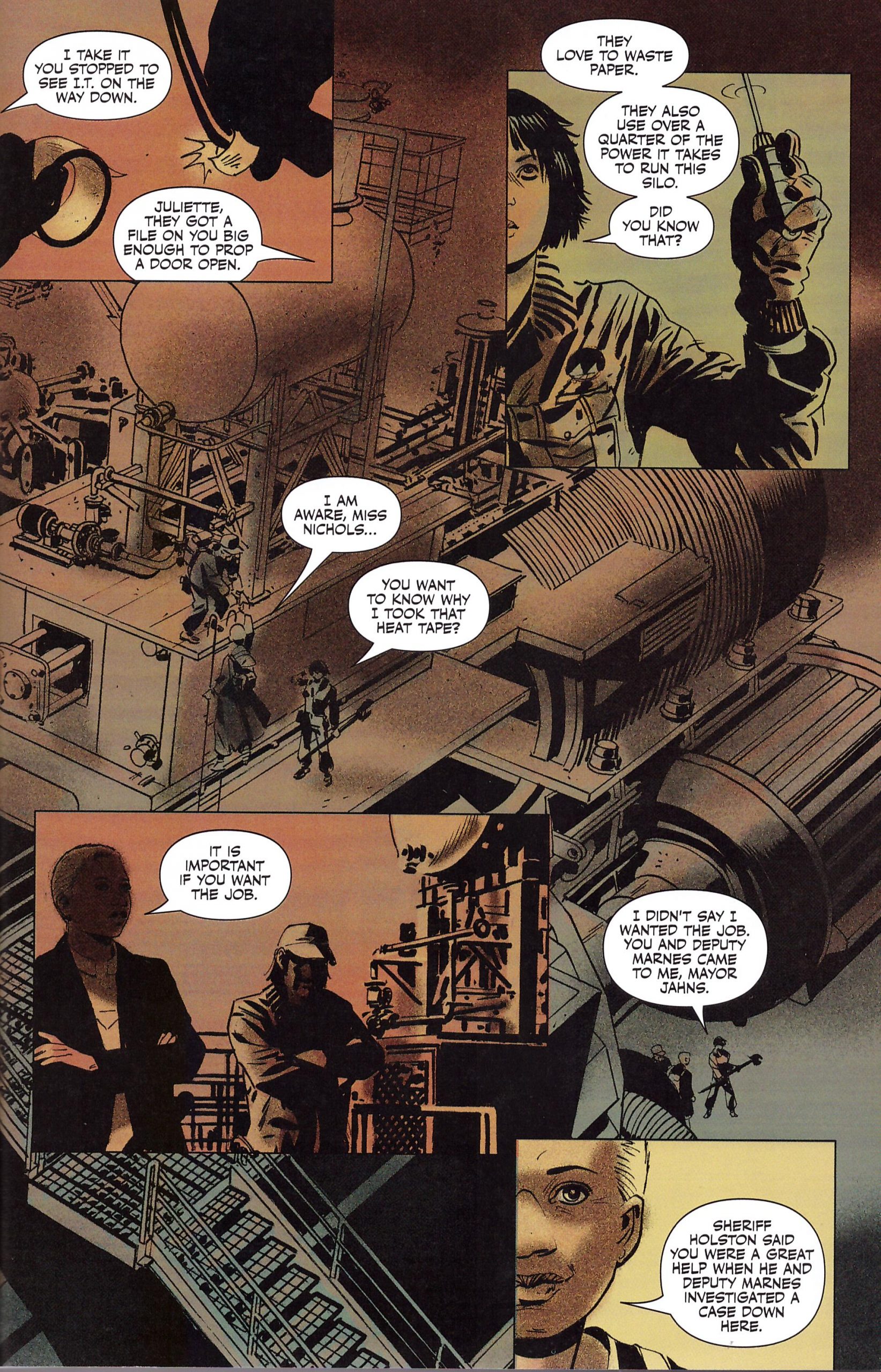 After some form of disaster above ground, a pocket of humanity has survived deep underground within a vast sealed bunker with dozens of levels, known as a Silo. The society established there has a hierarchy separated into departments, and a vast mechanical infrastructure needs maintained. People are discouraged from leaving, and warned that should they do so they’ll die outside, but some continue to believe they’re being told lies despite no-one who leaves ever returning. A series of events plunging the society into crisis begins when the Sheriff decides it’s time he followed his wife outside.

His replacement, Juliette, is Wool’s lead character, a novice navigating a complex political structure and several suspicious suicides that occur early on her watch. The villain of the piece is clear from the start. Holland is a superbly slimy weasel, manipulating the society via the IT department he heads, motivated by power and control, and running to be elected as Mayor after the incumbent’s untimely death.

Clever little aspects accumulate for a convincing story. Juliette is considered suspect as she’s been disciplined for stealing tape. There’s an explanation, but it’s a matter that becomes fundamentally important, as is her status as an intuitive mechanic. She’s shown to be friendly and caring, which pays off with loyalty and trust, and her persistence and ingenuity also pay dividends.

Jimmy Broxton’s rendition of an enclosed, subterranean world is suitably dark and imposing, and helped immensely by his also being responsible for the colouring. Gloom is illuminated by different coloured lights in different environments, yet only rarely in a way that fully reveals features. His locations include memorably vast industrial contraptions, to be navigated with care, and vague threatening mechanical shapes in the darkness.

For all the skill, ultimately Wool isn’t entirely satisfying. You’d have to read Hugh Howey’s original story to be sure, but some events seem skimped by adapters Justin Gray and Jimmy Palmiotti to fit a pre-determined page count, and some mysteries aren’t entirely explained. The writers have changed the ending to provide something definitive, enabling Wool to be complete, whereas for Howey it was only the prologue to a three volume series of novels. It’s a thoughtful concession from creators presumably not intending to adapt the remainder.

If just seeing the cover online, don’t be fooled by the disingenuous description of Wool as an Omnibus. It’s the traditional repackaging of six comics as a graphic novel.