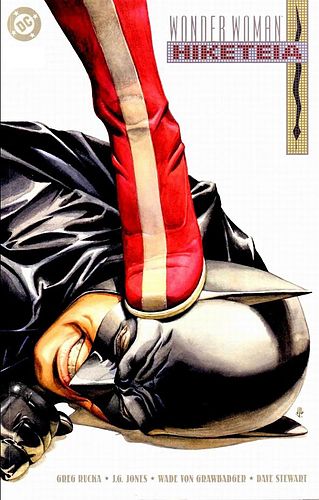 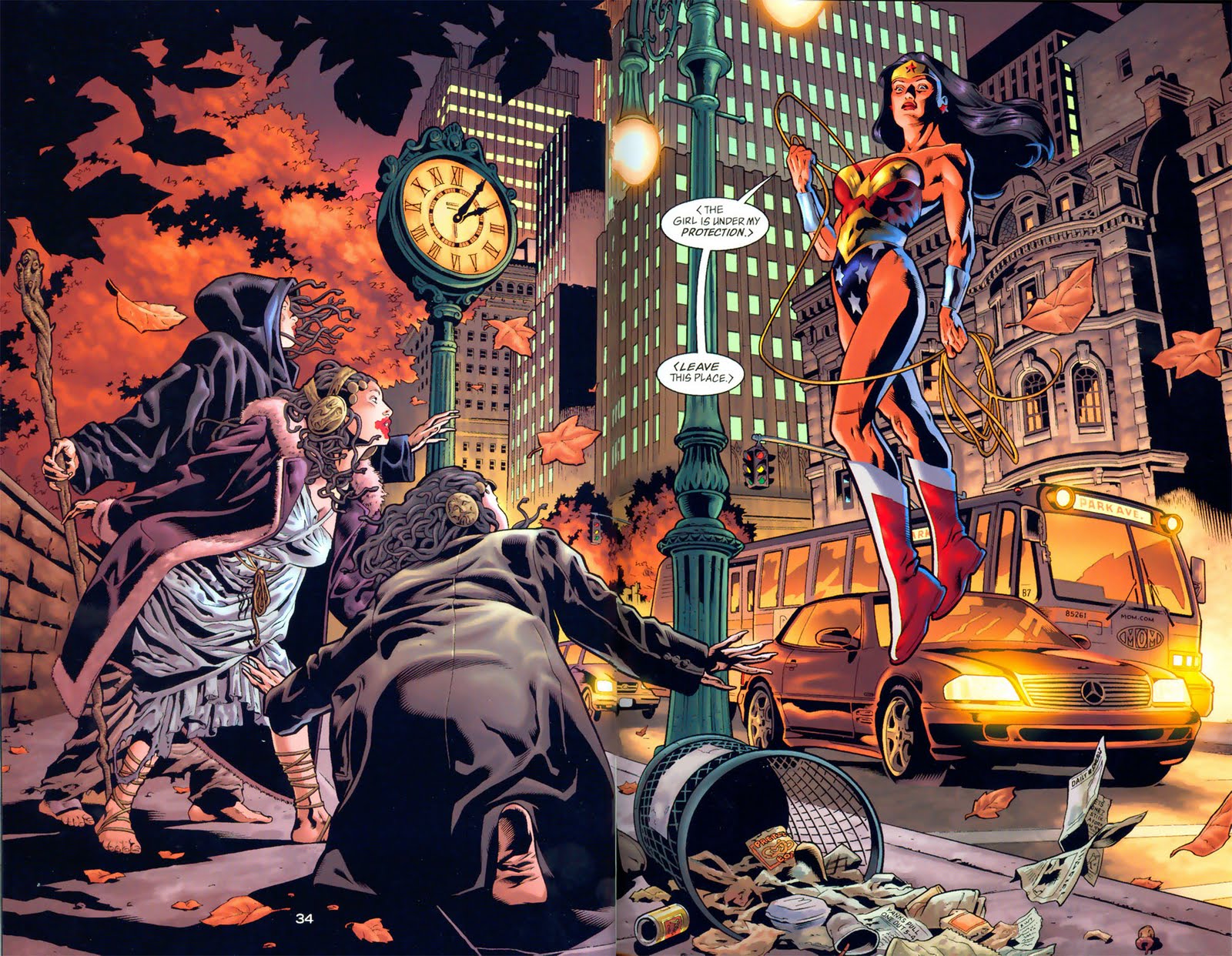 As explained on the back cover, the unusual title is a term for an ancient obligation familiar to Wonder Woman. It begins with supplication and asking for protection, and should the person petitioned accept it’s then their duty to protect and look after the person who’s asked. If breached after the promise is given, then the Gods will extract punishment. It only ends when the person who’s asked in the first place chooses to end the agreement.

The arrangement comes into practice when a woman being chased by Batman turns up on Wonder Woman’s doorstep. Danielle Wellys has a story eventually revealed, that goes some way to justifying the actions taken that set Batman on her trail, and then into conflict with Wonder Woman. Hanging over the proceedings are the Furies, immortal agents of vengeance, cackling outside Wonder Woman’s window like Madame Defarge at the guillotine.

Greg Rucka would later write an acclaimed run of Wonder Woman comics, and this was surely his claim to do so. It’s a thoughtful examination of tradition as modern-day Greek tragedy where the deus ex-machina is present throughout. He emphasises Wonder Woman’s role as Amazonian ambassador (as he would in his later work), and presents a grim and unrelenting Batman, although his position seems somewhat contrived for the story. One might imagine he had better things to occupy his time. He’s there, in part, to contrast earthly principle with celestial bond, but never entirely convinces.

This is also a very slim work at ninety story pages, on luxurious gloss paper stock that bulks the appearance.

A major selling point is the pencilled art of J. G. Jones, then relatively new. He’s very good at some aspects, while others fall down a little. It only takes a flick through to notice the decorative qualities of his art, and his well considered layouts and attractively drawn characters, while the sympathetic inking of Wade Von Grawbadger adds to appeal. On the downside, there’s a very posed and static quality to the more dramatic scenes, which isn’t fatal as there are few traditional superhero fights.

Anyone who enjoyed Rucka’s later work on Wonder Woman is likely to consider this worth their time also, and with the involvement of Batman it links into Rucka’s later Bitter Rivals. 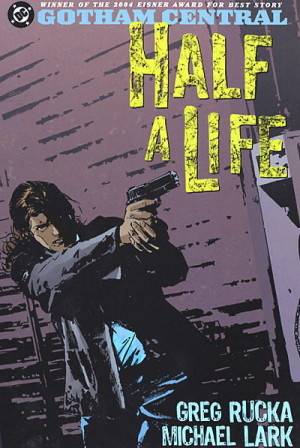