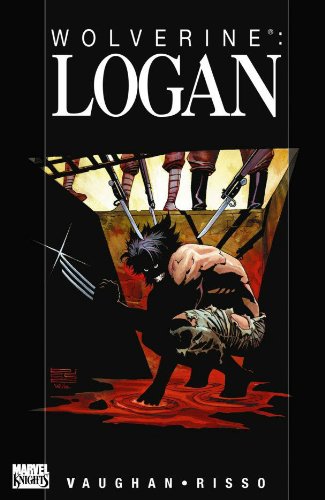 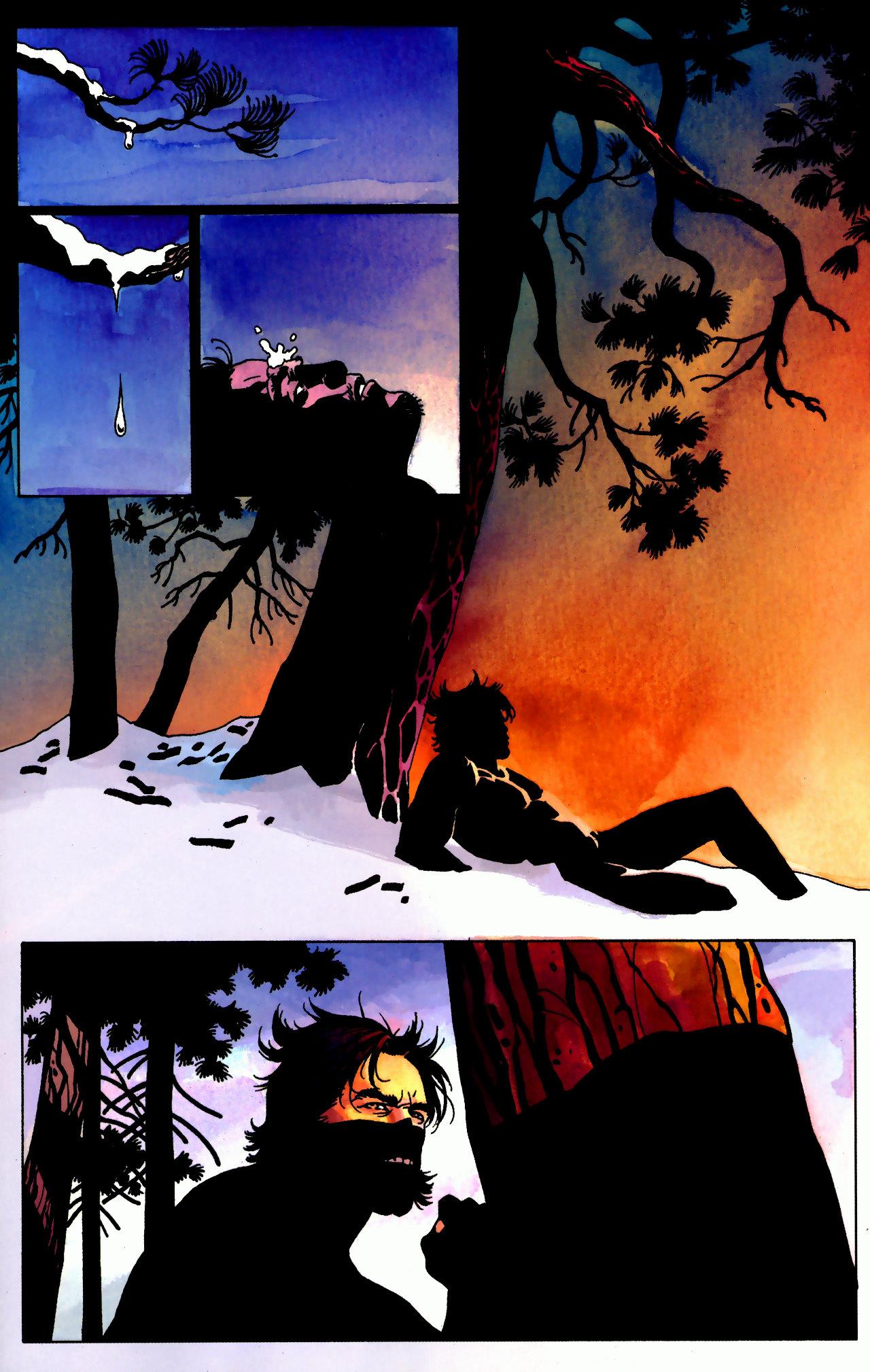 “I’ve made a hell of a lot of enemies over the decades, but I don’t lose sleep over ‘em. No, it’s the women who will keep me up at night, the handful of girls I was dumb enough to fall for over the last century or so. See, I can recover from just about anything… anything but getting my heart ripped out.”

Wolverine’s savage nature at war with his humanity is one of his most intriguing aspects, but rarely do we ever get a look at his soul. Writer Brian K. Vaughan and artist Eduardo Risso exploring the theme here. His memories returned, Logan is burdened by a century’s worth of emotion and regret as a nagging memory pulls him towards a graveyard in the Japanese village of Hiroshima where he faces off against a flaming spectre with a familiar scent, sparking a flashback to his time as a wartime prisoner in 1945. Logan wakes in a cell to the rough handlings of another captive named Lieutenant Warren, a lieutenant in the US army. Escaping the internment camp, they head inland looking for an escape route, meeting a female peasant farmer who is terrified by the sight of them. Warren attempts to kill her for no other reason than being Japanese, Logan intervening to Warren’s chagrin. Out of gratitude the woman named Atsuko hides Logan from the searching soldiers, bonding emotionally and intimately, but the hateful Warren is harbouring a secret and hell-bent on destroying Logan and Atsuko out of spite.

There are some things about Logan that don’t make sense. How did he remember he has unfinished business on Hiroshima? How did he know to make his way to the graveyard? It ties in with other Wolverine lore, inserting a new chapter made possible by Logan’s longevity, so if you lack any knowledge of the former, the questions will irritate, but you don’t need a familiarity with Wolverine’s history to enjoy Logan. The opening and closing scenes are the most enigmatic, and the remainder of Vaughan’s plot really quite good. Lots of attention has been given to Logan/Wolverine’s physical toughness over the years, placing him in battles with some Marvel’s most ferocious heroes and villains, but rarely has anyone focused on how the years of outliving everyone else might be taking their toll on his soul. Vaughan encapsulates this in an intimate exchange, Logan apologising for his inadequacies with Atsuko replying gently, “Here I thought I had bedded a hardened warrior, but you’re just a fragile porcelain doll, aren’t you?”

Risso and colourist Dean White enforce this theme with truly spectacular art, exploring Logan’s heartache by focusing on the interactions between Logan and Atsuko in particular, with a blend of delicate detail and gorgeous simplicity.  The violence engages in short and brutal spurts, at times a stunning splash of colour against a backdrop of snowy white. White’s watercolours keep the features soft, the focus on the characters, but hatred and feral rage explode onto faces with astounding intensity. Risso works with Vaughan to draw the observer’s attentions to Logan the man, hurting and out of place even among his own kind. White’s colouring adds depth that allows the inks to stand out, working best in the personally intimate moments. Issued under the more adult Marvel Knights imprint, the content is mature, but it never crosses into gratuity and remains sensitive to Vaughan’s and Risso’s goal: presenting Logan the man, world-weary and heartbroken. And that, as they say, is that.