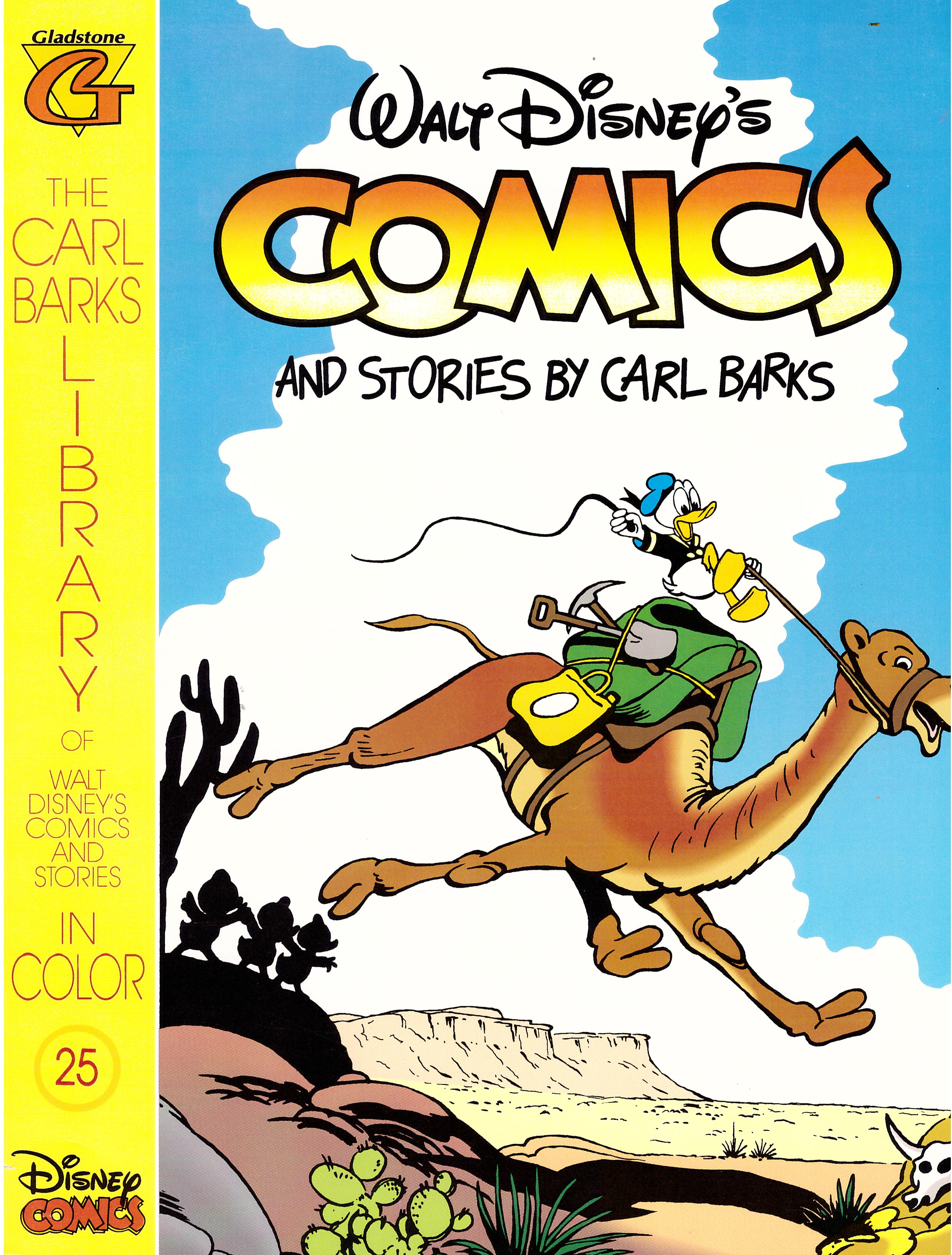 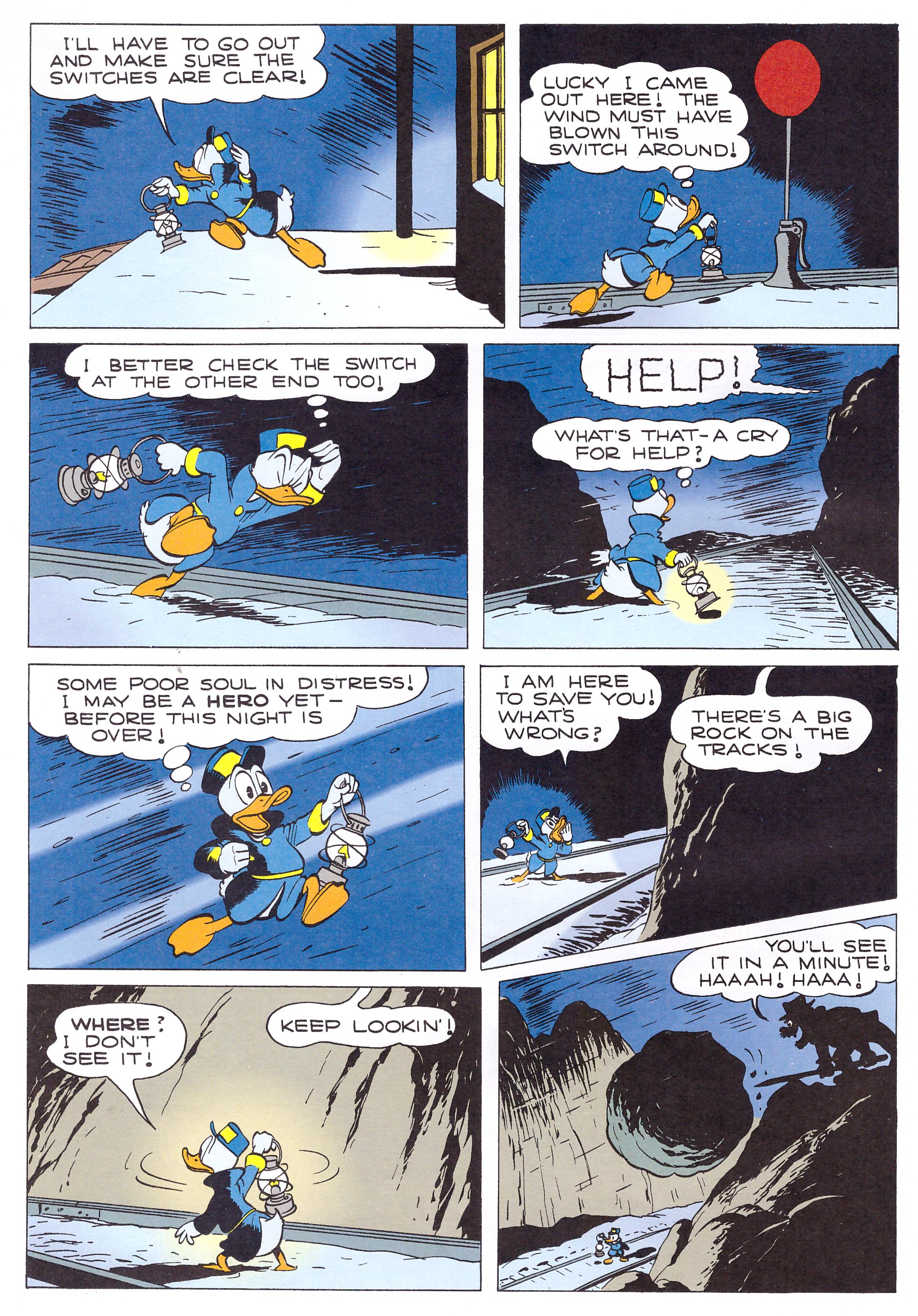 If anyone needs a potent primer about what makes Carl Barks such a brilliant storyteller this collection of stories produced on a monthly basis in 1954 provide it. The themes and plots of the five stories are entirely different, in addition to Donald Duck and his nephews they feature Barks’ creations Uncle Scrooge and the supernaturally lucky Gladstone Gander, the cartooning is exceptional, and each is a tightly plotted gem.

Experience is key to the quality, Barks having worked at the ten page strips for a decade by 1954, but so is personality. It took an individual quirkiness to have conceived the opening story in which Huey, Dewey and Louie present Donald with a camel for Christmas. Where did they get it? That irrelevancy is dealt with in an opening panel of the trio wandering past a circus having a bankruptcy sale. Problem solved! The camel, of course, proves a comically eccentric beast, and with its radical reinterpretation of following a light in the desert, this is a serious contender for the wackiest ever Christmas story in comics.

For Barks, Donald’s boundless confidence is only exceeded by his total incompetence and a perennial ability to have his temper get the better of him. They’re the staples of comedy gold, and used twice here, firstly when Donald sets up a fix-it business. It’s an excuse for series of great gags, and, as ever, Donald shreds his minor success by pushing matters too far. His other burst of pride comes when he believes he stands a chance of winning a raffle for which the supernaturally lucky Gladstone Gander also has tickets. The competitive nature of Donald and Gladstone’s relationship had already been a springboard for several Barks short stories, and his awareness of possibly repeating himself ensures they’re ever more inventive, so he works some new twists into this battle of wits between the pair.

The weakest story closes the book, but there are still enough good jokes to make it worthwhile read, with the thrills coming as much from anticipation as not only has Donald to demonstrate a cake mix with no experience, but we rapidly learn a second stumbling block has been set in his path. The ending, intriguingly, has Scrooge concerned about a character’s possession of a note that could ruin him, and proves to be one of the few mentions of Scrooge’s past not followed up by Don Rosa in his Life and Times of Scrooge McDuck.

A TV drama mood is deliberately set in ‘Turkey Trot at One Whistle’, in which Donald takes charge of a remote railway station. After an opening comedy sequence that plays into the conclusion, Barks switches to villainy and danger in a story that’s almost an echo of Floyd Gotfredson’s Mickey Mouse adventure strips. As seen by the sample page, for someone best known for his comedy cartooning, Barks could produce atmospheric adventure style pages to match the best of the genre.

As this book is long out of print, it’s easier to find this content in the Fantagraphics hardcover volume of Barks’ work The Ghost Sheriff of Last Gasp. 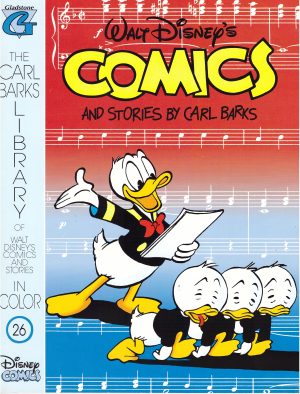 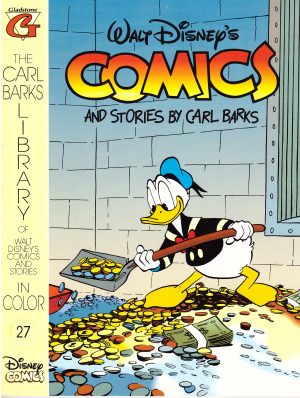 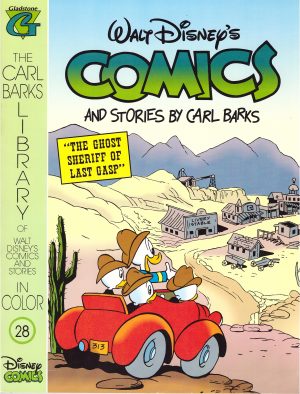 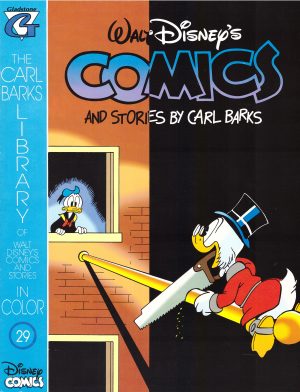