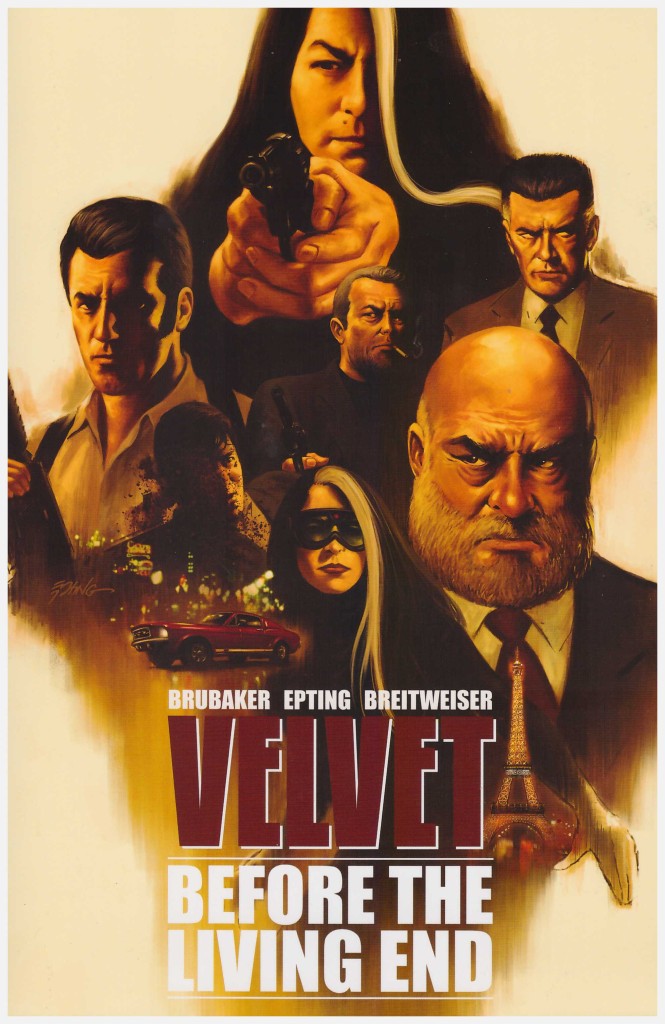 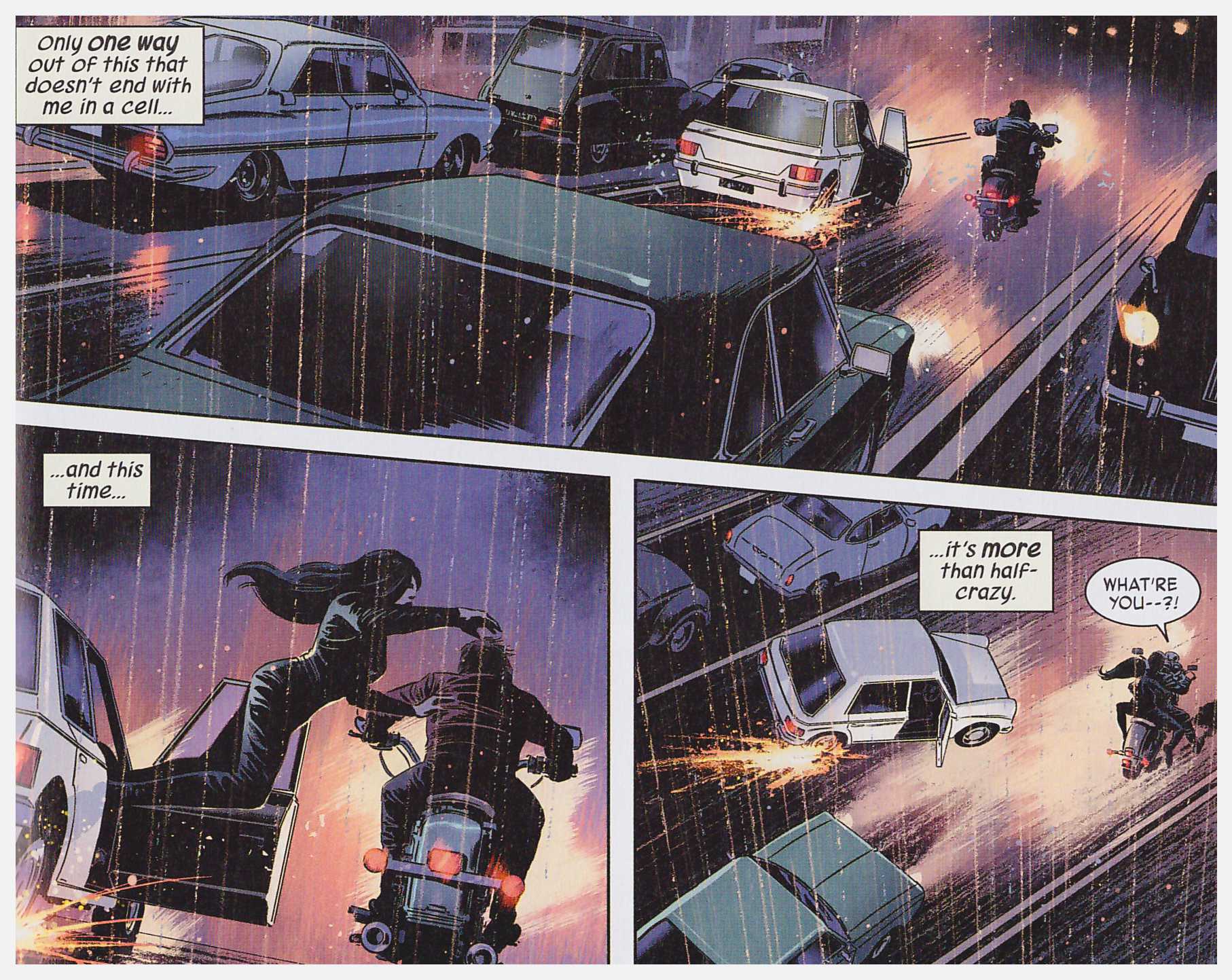 Ed Brubaker has carved quite the niche for well-plotted crime and secret agent graphic novels, and supplies another in Velvet, illustrated by Steve Epting with whom he began his acclaimed run redefining Captain America.

This is a period piece set in 1973, in London to begin with. Epting’s carried out his research, and while the beautifully illustrated E-Type Jaguars and Ford Mustangs are a feast for the eyes, if you bore down into the artwork he’s even included 1950s black taxi cabs, then still on the London streets. It engenders a trust about the accuracy of the remaining locales. Before the end of the book we’ve experienced quite the travelogue, both through Europe and through time.

Velvet Templeton is the personal secretary to Director Manning in what’s known only as Arc-7, an agency so efficient that they remain unknown to most counter-intelligence agents. When news comes through of the death of top operative X-14 in Paris, Velvet is not the only woman on the staff to shed a tear, and recalls their time together in New York five years previously. Jefferson Keller, X-14, was an experienced agent, and the only conclusion to be drawn from his close-range assassination is that he was killed by someone he knew and trusted.

Brubaker’s plot encompasses a wealth of incidental detail, and a joy of spy thrillers is attempting to recognise the clue that leaps out. He’s masked his clues well, though, and the overall truth remains hidden, although some anomalies provide leads. In Velvet he’s created a strong and resourceful character whose skills extend way beyond the secretarial role in which she’s employed. By the end of the book much has been revealed of Velvet’s past, yet she remains an enigma. The essential reveal is that this is far more than a matter of a single death in Paris, and that someone has interfered with her life for over a decade.

You can almost hear the rain splashing off the pavements with the photo-realism Epting’s aiming for here. He avoids the stiffness this often develops, and creates a distinct and consistent cast. It’s very lush and impressive.

The only real complaint about this well-plotted action thriller is that it continues beyond the fifth chapter (into The Secret Lives of Dead Men) without a resolution. Balanced against this is the extremely tempting inducement of the $9.99 cover price charged.