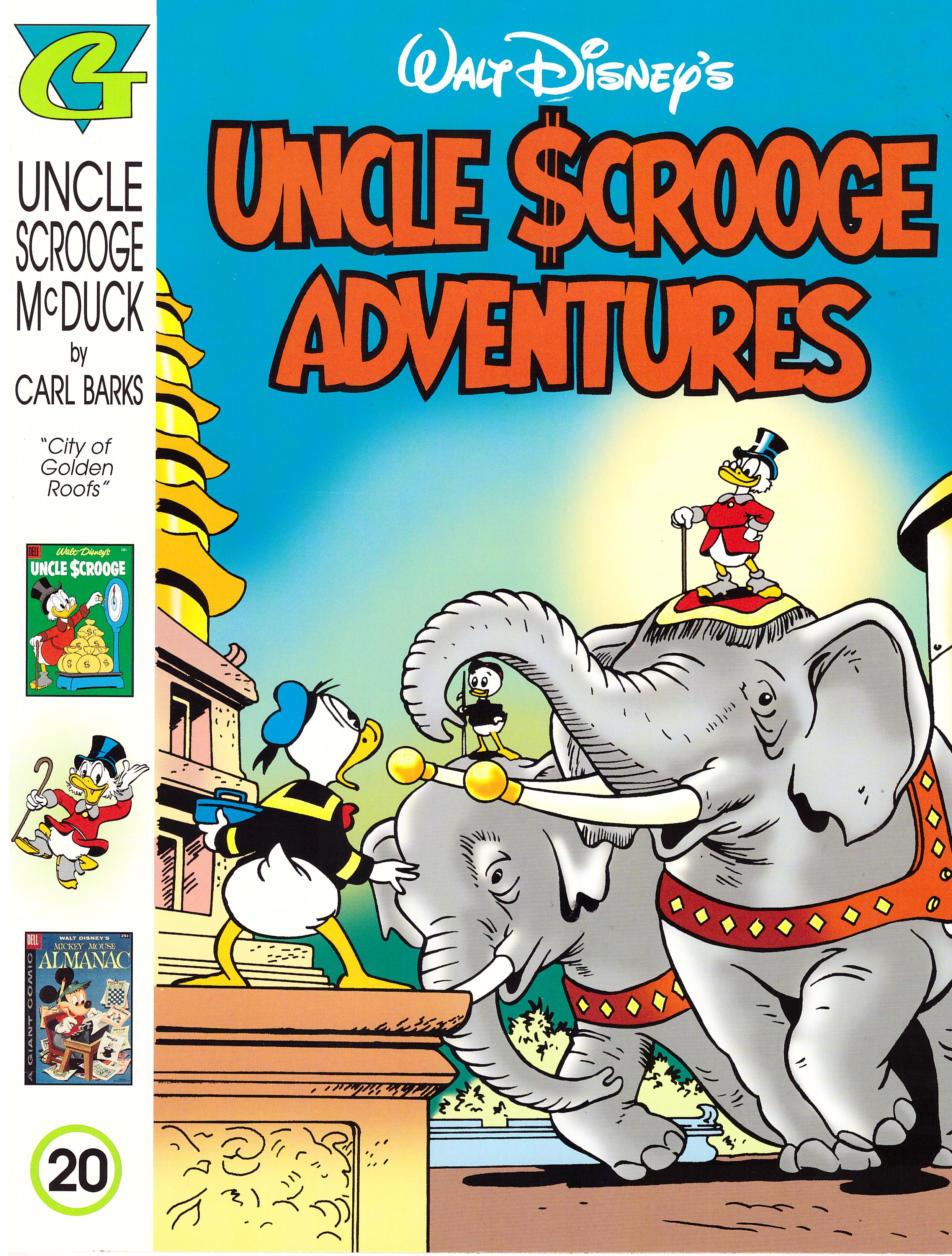 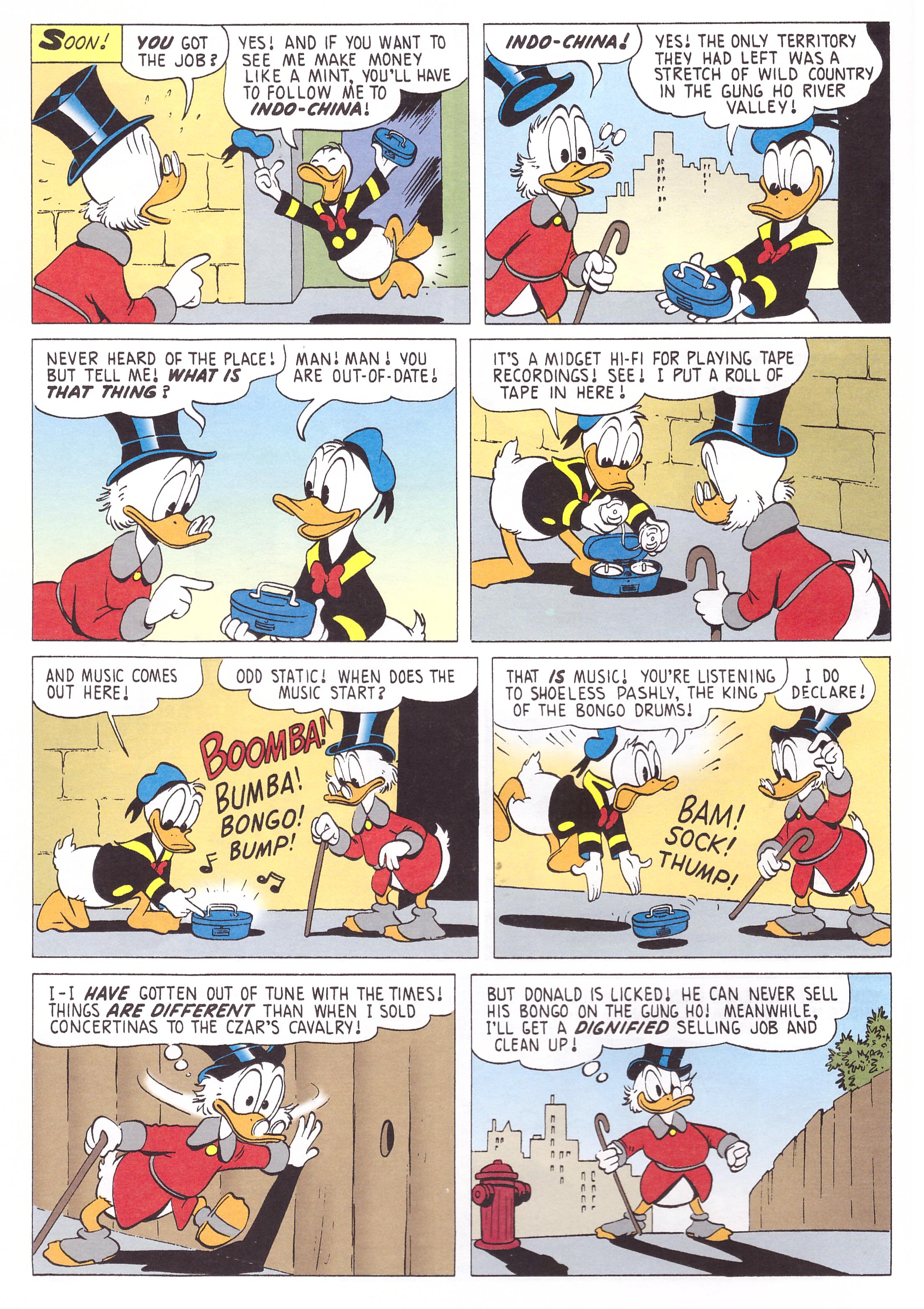 If there’s one topic guaranteed to raise Scrooge McDuck’s gander it’s the suggestion that he’s no longer able to cut it in the hurly burly of the modern world (of the 1950s) without relying on his money, as Donald Duck claims in the opening pages. An agreement is reached that each will start searching for work that day on an equal footing, and the winner of the bet will be whoever makes the most money in the shortest time. Both hit on sales as their best opportunity, but as they both discover, jobs aren’t that easy to come by. Donald is eventually tasked with selling midget tape recorders that play the works of Shoeless Pashly, King of the Bongo Drums, but the only territory available is Indo-China (now Cambodia and Vietnam). Desperate not to be beaten, Scrooge takes the first sales job he can find, also demanding he’s sent to Indo-China. His mistake is not checking what he’s selling first, and it’s a case of coals to Newcastle.

Titled ‘The City of Golden Roofs’, Donald and Scrooge reach the city of the title, and meet its ruler, seemingly based on Yul Brynner in The King and I. An interesting aspect is that despite the theme of being out of touch, and what appears to be heading toward some grouchy old man condemnation of the music today’s youngsters listen to, Barks catches himself. He acknowledges the universal appeal of some music, and Shoeless Pashly (great name) is known and appreciated across the world in Indo-China.

While the later jokes are good, and everything is impeccably drawn, this isn’t among the first rank of Barks stories. What with the abrupt change of location, it feels like two stories stitched together, and from the moment Scrooge discovers what he has to sell, everything works toward an inevitably contrived ending. However, Barks did pre-empt the invention of the portable cassette player. A back-up short has Scrooge taking to the football field when the Duckburg team finds themselves stymied by an immense member of opposition. Barks packs a fair bit into four pages, including some good visual jokes, but it doesn’t match the meticulously composed short stories he produced for Walt Disney’s Comics and Stories. All content is now more easily available as part of the Fantagraphics hardcover collection The Mines of King Solomon.

Brilliantly, the bongo player in 1980s Buffalo garage band the JackLords called himself ‘Shoeless Pashley’. Hear him on track 3 here.