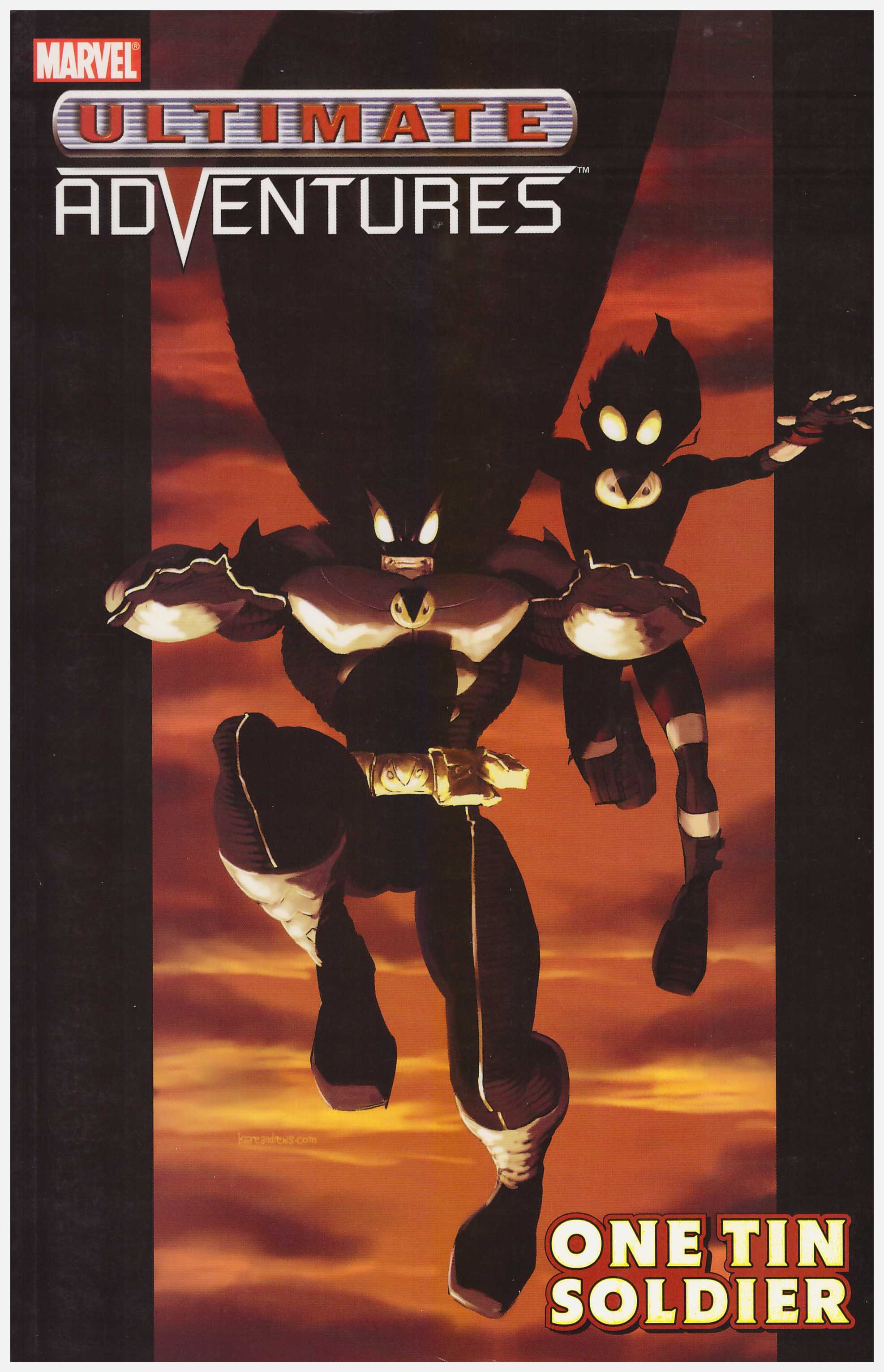 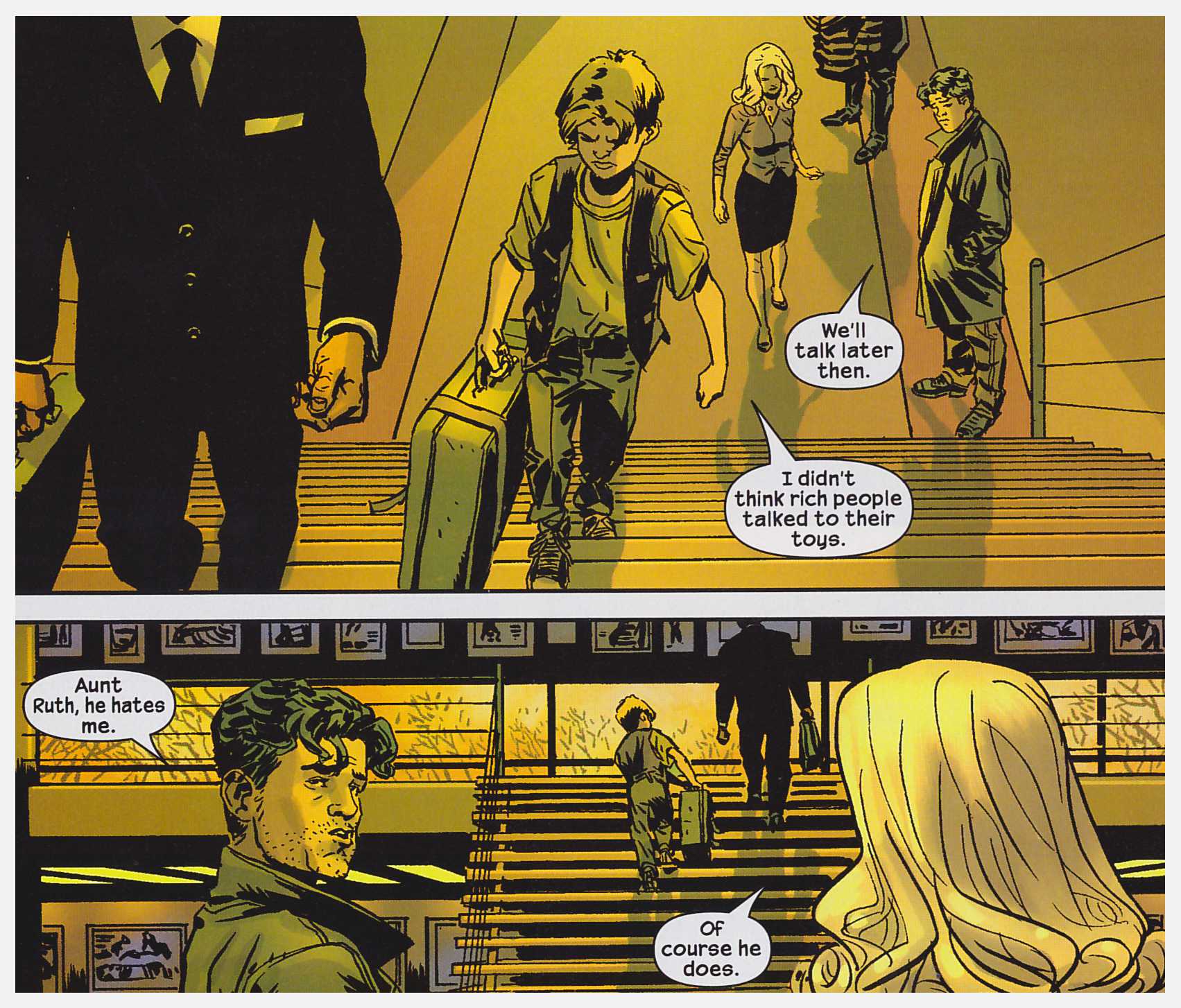 Most titles in Marvel’s Ultimate universe featured re-workings of their familiar characters, either from the ground up or in a manner that made more sense in the early 21st century. One Tin Soldier is different. It’s a 21st century re-working of another company’s character.

Multi-millionaire Jack Danner is also the avenging Hawk-Owl, scourge of Chicago’s criminals. One pursuit of such types leads him to an orphanage, where he’s helped by the jaded motor-mouth Hank Kipple, the oldest resident who’s long given up any hope of adoption. Impressed by his initiative and prone to impulse, Danner visits the orphanage the following day to adopt Kipple against the advice of his butler and his Aunt Ruth. Taking him back to his modernist nightmare of a house (“It used to be one of those dark, dingy old mansions, but I had it gutted and re-done”), things don’t run smoothly until Kipple discovers Danner’s other identity and demands to be sent back to the orphanage.

Over the opening chapters the snappy dialogue fair crackles off the page from Ron Zimmerman’s hilarious script in memorable scene after memorable scene. Artist Duncan Fegredo depicts butler James Toliver as Samuel L. Jackson as he bawls out Kipple in fine fashion; Kipple’s first day as the rich kid in a new school; Danner throwing swords that just miss Kipple. That’s all good stuff, but Zimmerman’s playing with the readers, and elements that appear capricious are later given solid foundations, so adding an extra layer. His characterisation is top notch as well, with the relationship between Toliver and Kipple touching, and Kipple’s irritating character scripted well enough that the base of vulnerability and fear of disappointment is evident.

Unfortunately, while Fegredo’s art is fantastic throughout, Zimmerman doesn’t quite last the pace. The parallel of the head teacher sent insane and a dowdy assistant who hangs on his every word transforming with him follows the set theme, but Zimmerman crosses over the whimsy line into Batman TV show territory. Previously established logic evaporates as the guy who fought Captain America to a standstill is defeated by a few high school kids and gassed, and the sentimentality meter is cranked too high at the end. The first two-thirds of the book are so good, though, that this is worth picking up for those alone. 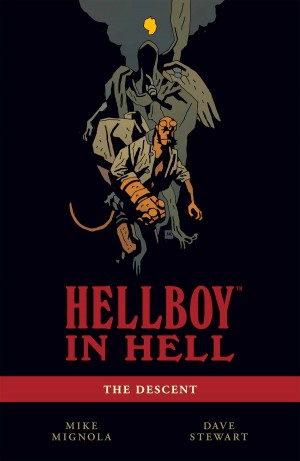