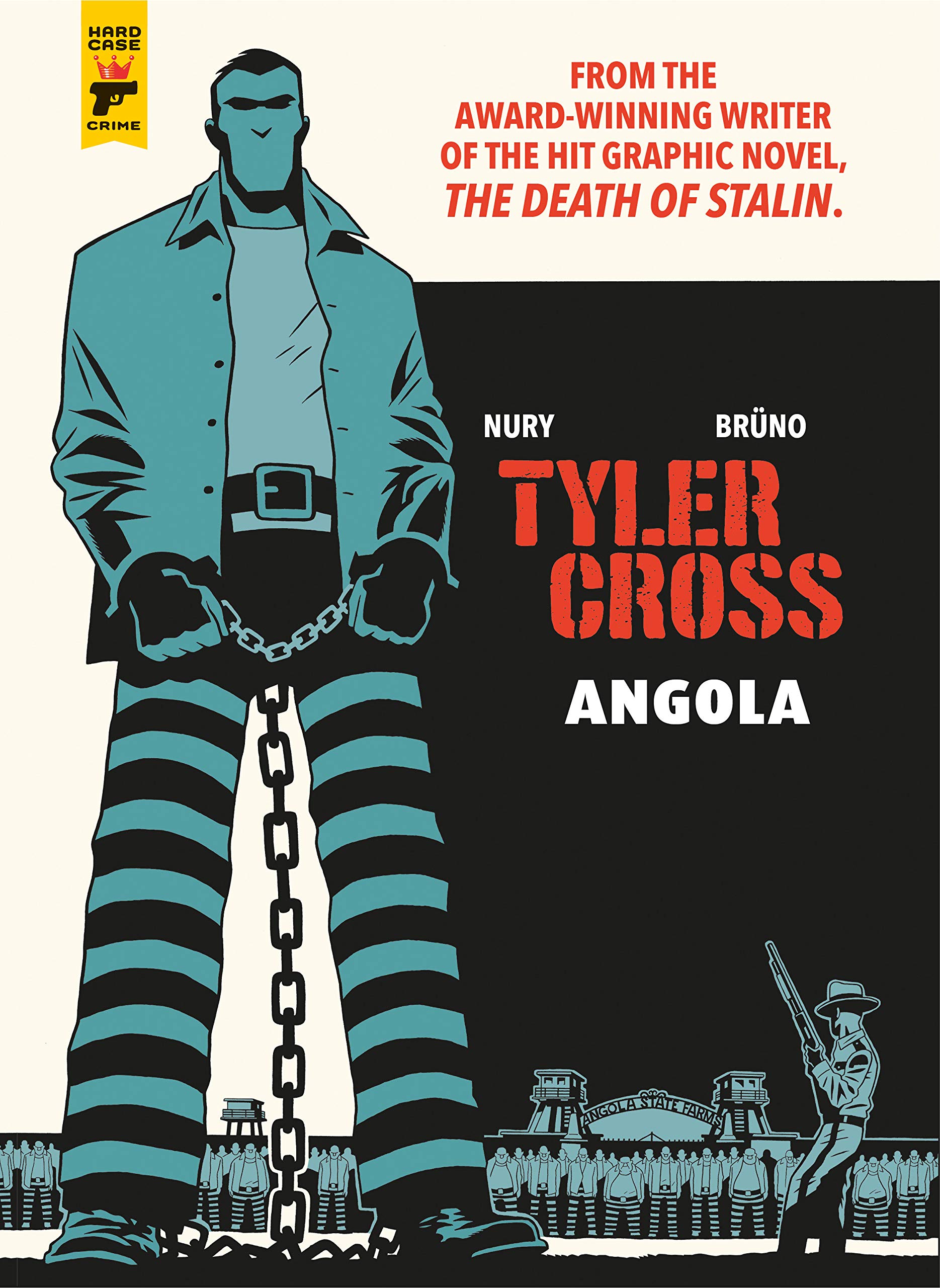 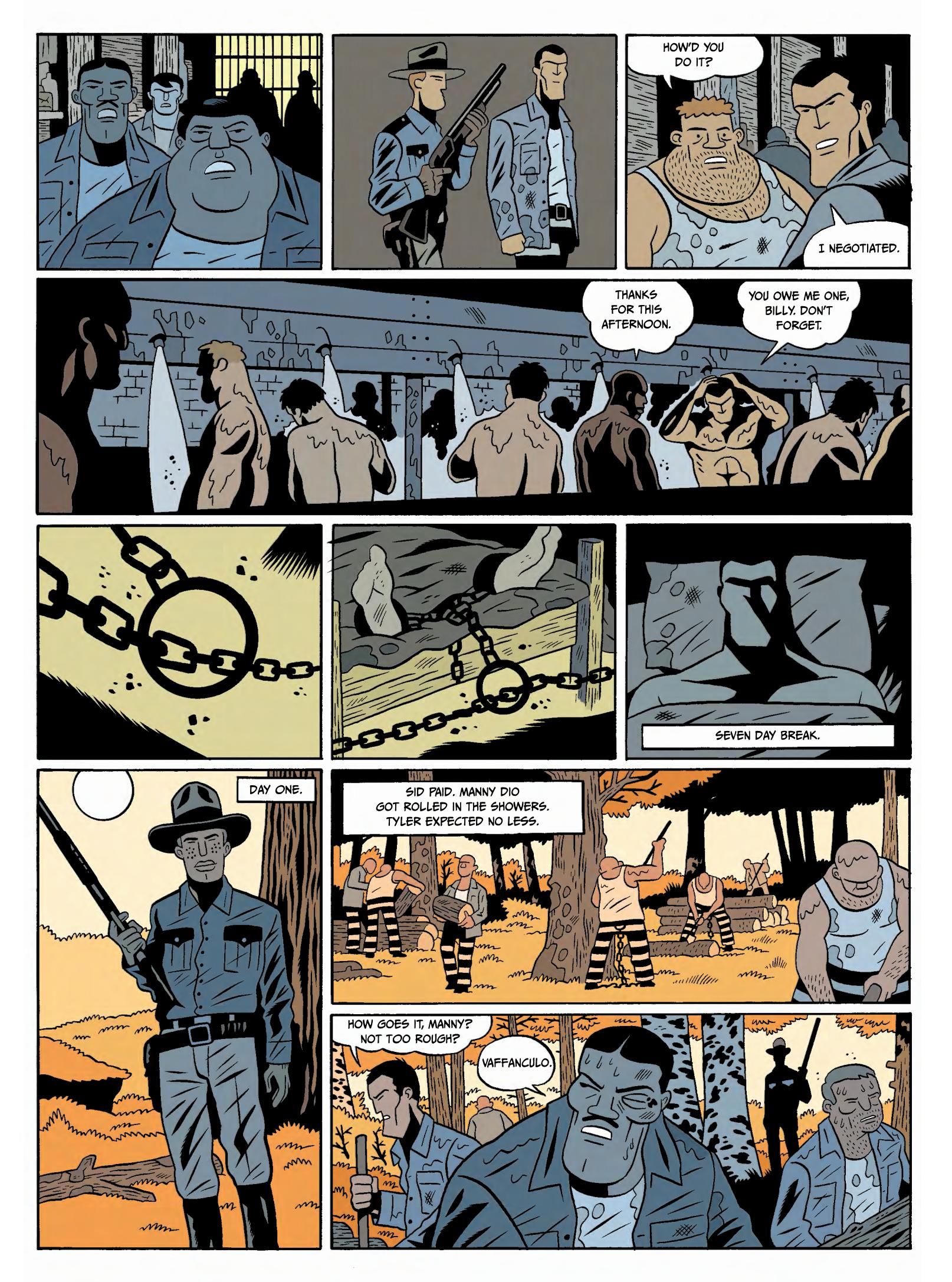 We were introduced to the sociopathic Tyler Cross in Black Rock, a neat piece of 1950s crime fiction in which Cross arrived in a remote town and became caught up in local circumstances when all he wanted was a way out. We learn about Angola early. It’s not the country, but a remote working prison, and Cross has been sentenced to a twenty year stretch. Worse still, there’s a contract out on him and enough people jailed with him who’re happy to act on it.

Now with a second volume under his belt, it becomes apparent that Tyler Cross is Fabien Nury’s love letter to the American movies of the 1950s. Having delivered his take on the classic loner in a Western setting last time round, Angola is Nury’s interpretation of the tense prison drama. As before Brüno (Thielleux) latches right onto the necessary mood, his cartooning again delivering the brooding and single minded Cross, but now in a steamy Southern locale where prisoners collapse from heatstroke and where the governor’s wife is serviced by chosen unfortunates.

The initial character building around Cross is impressive enough, but what nails Angola as a top notch crime drama is the circuit Nury and Brüno take around the supporting cast. They delve into how Angola State Farms works, who enables that work and who profits from it, and they spend a lot of time with the unfortunate Delilah Frachette. This is no linear narrative. We jump back and forth, and to this character and that without ever really learning exactly how Cross ended up in Angola in the first place. It doesn’t matter. What matters is what he does when he’s there, and it’s a spectacular ride. Angola is a first rate piece of noir crime fiction. 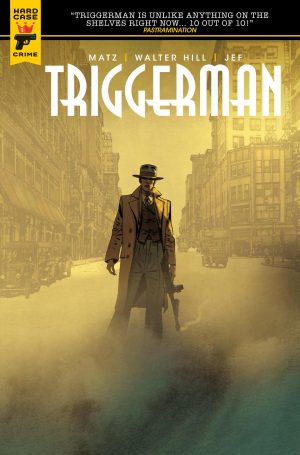 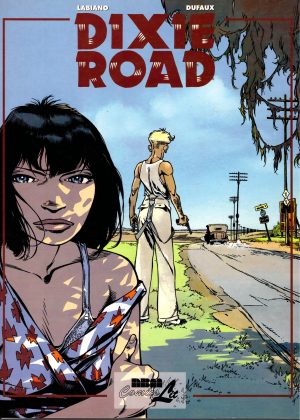 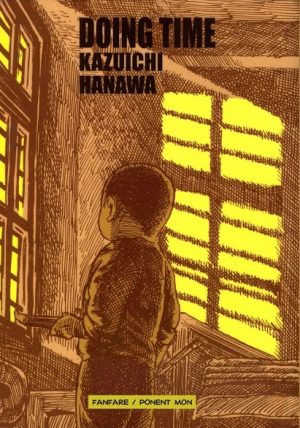