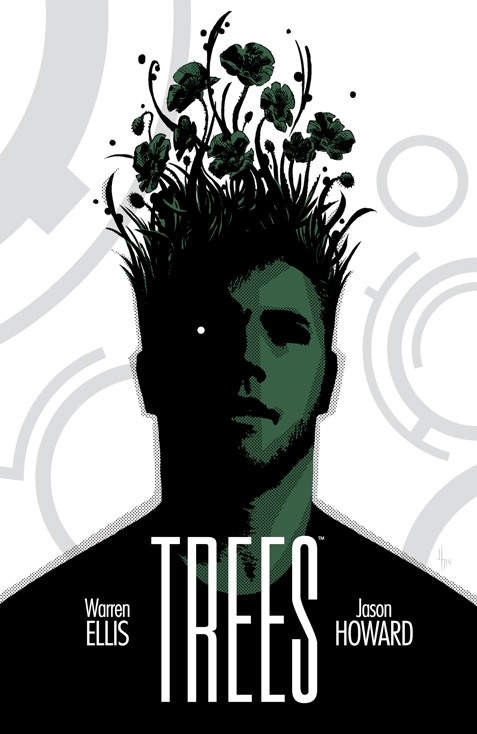 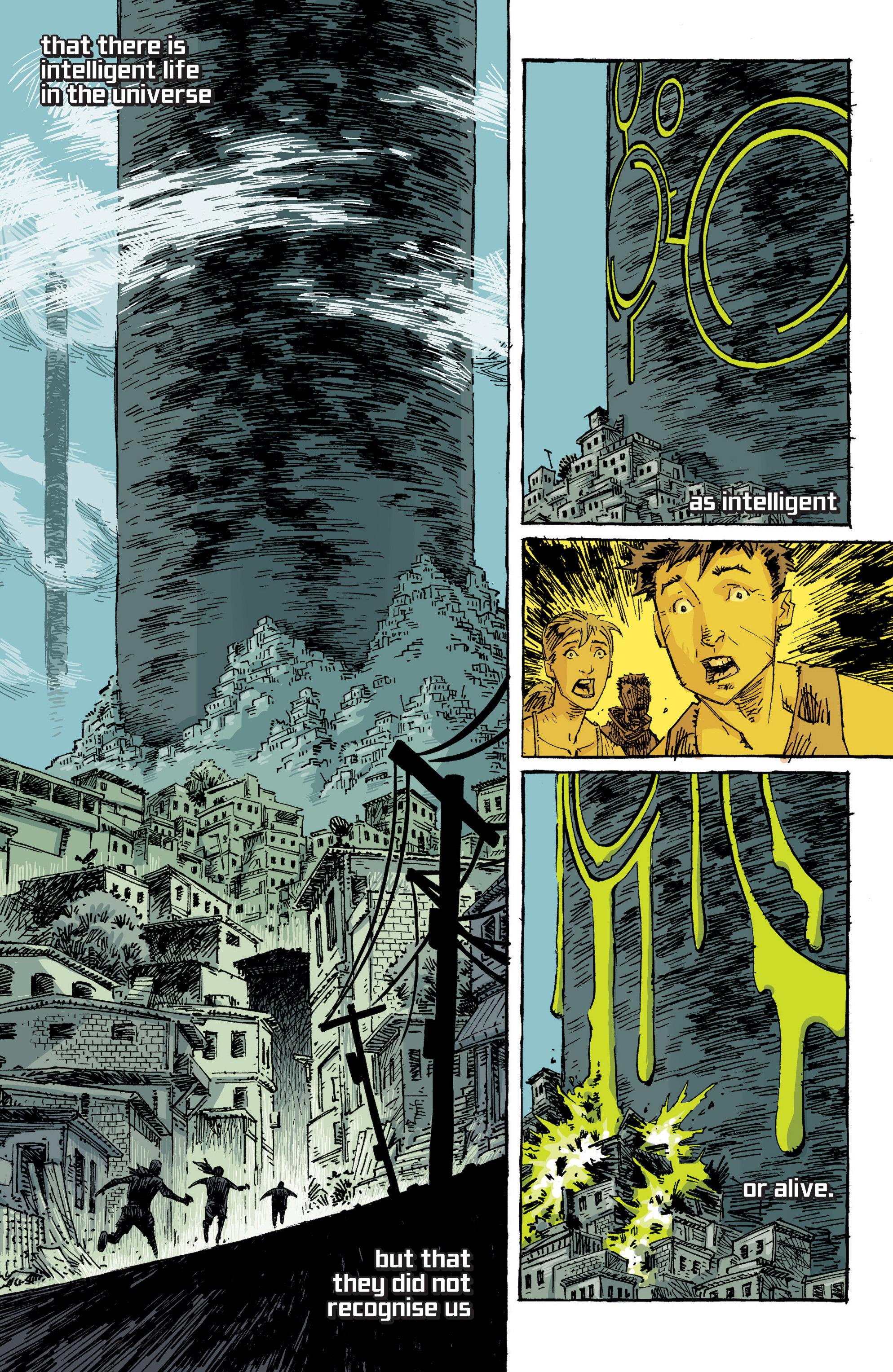 It’s been ten years since alien life landed on Earth in the form of giant columns known as trees. They implanted around the globe causing widespread damage and devastation due to their sheer size, and then nothing happened. Life continued, although in a more fragmented and lawless form, and no-one has discovered very much at all about the trees, except that they occasionally vent a noxious substance hazardous to all who come in contact with it. All forms of large weapons deactivate in their presence, so no bombing or biological warfare is possible.

This doesn’t mean the trees aren’t being studied. Different nations have taken different approaches, and the trees have come to acquire different meanings in different lands, from the physical threat to the spiritual monument. Having introduced the premise, Warren Ellis takes a TV dramatist’s approach to matters, introducing a large global cast and languid pacing, casually rotating the content around four locations until we know the pertinent people and their attitudes. In common with much of the better science fiction, Ellis is using the backdrop of humanity under threat to comment on what we are, and the way the world is today, and it’s in a considered fashion. He’s always shown an interest in the science part of SF, and that manifests again, but here it’s the people who’re important. There are moments of thrilling suspense, but until the final episode this introduction is very much a matter of coming to know the cast who’ll pull the series forward. “Of all the people who might survive the world to come, perhaps you should be one of them”, Eligia is told. Of all the cast she’s the most proactive, having a sense of destiny and intending to shape her own circumstances, the most traditional graphic novel protagonist in fact, when Ellis has been deliberately avoiding the easy path. Humanity’s greatest test is coping with change, or coping with the threat of change, and Ellis provides that threat with the trees, but prods change in other respects also.

Jason Howard’s sketchy art conveys character and location brilliantly. It has a very European feel about it, a mood enhanced by his simple colouring, and for someone presumably using reference only, is utterly convincing in supplying a realistic feel to different areas of Earth. If that weren’t more than good enough, Howard occasionally slips in a surprise, such as Chinese artist Tian Chenglei closing his eyes and experiencing impressionistic surroundings. Although they’re the background, Howard consistently supplies great illustrations of the trees. The sheer scale of them requires they be seen from distance and surrounded by life, and the sweat Howard poured into these pages should be appreciated.

When introduced, a transgender character cones across as gratuitous pandering to identity politics, but Ellis is in playful mood, and gender issues play a part in two of the four locations used. It’s also hinted that this has a role in the bigger picture, but at this early stage it may prove a red herring in a world where giant phallic towers are commonplace. It doesn’t matter. Volume one is thoughtful, captivating and looks outward rather than inward. It’s a great, meaty read and volume two awaits. 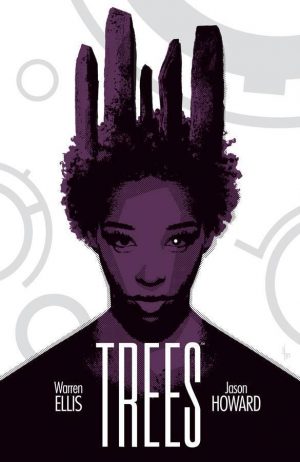