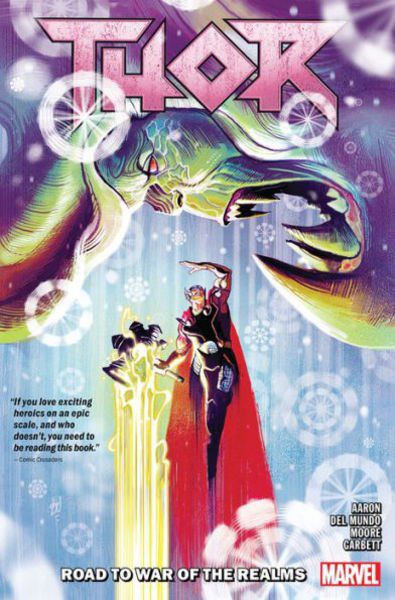 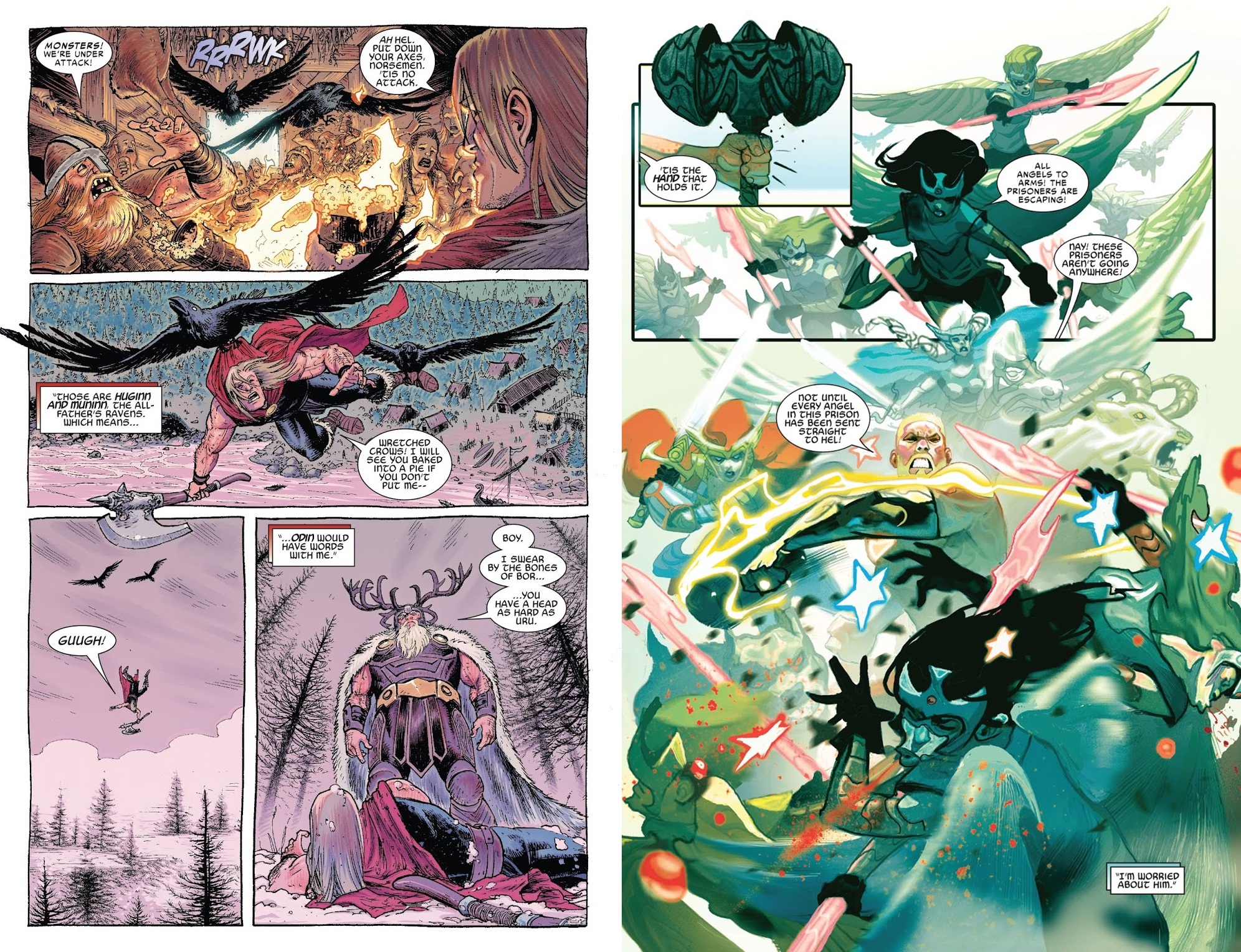 On first writing Thor in 2014 Jason Aaron introduced the machinations of Malekith the Elf, and he’s advanced this plot frustratingly slowly over all Thor incarnations as Malekith attempts to bring the ten worlds of Norse legend under his control. It turns out there is an end in sight.

It’s not here, however, as The War of the Realms outgrew just Thor to become a crossover event with its own graphic novel and plenty of tie-ins, and most of this collection, as the title suggests, is just leading in that direction. Before that, Aaron in the company of Tony Moore (sample art left) supplies a story of the young Thor. He’s not that young, already an adult, but young in Asgardian terms and a rebellious frustration to All-Father Odin, but a neat morality tale drives a point home entertainingly.

The remainder of the book lives up to the title, but it also draws on characters who’ve barely been seen in Thor for several years, because Thor himself is largely absent, seen only in tellings of the past or in cameo roles. Remember Roz Soloman? Or Dario Agger? Neither has featured strongly for the past half dozen graphic novels going back to the early days of Jane Foster being Thor, and as entertaining as their stories are, they’re not really what we want under Thor’s title. We eventually get that, though, in the penultimate chapter with the battle that’s been brewing for centuries, or since Thor was introduced to Marvel in the 1960s, whichever way you want to look at it. The battle between Thor and Odin that’s been festering for all this time is spectacular, astonishingly drawn by Mike Del Mundo, and a vivid lesson in stubborn pride for the wrong reasons. The emotional undercurrent to Aaron’s Thor stories isn’t always apparent among the blood and thunder, but it’s beautifully crafted in this chapter, resentment leading to shocking brutality. If that wasn’t enough there’s also the thematic link to the wider picture, both Odin and Thor frustrated at their impotence when it comes to doing anything about Malekith. It’s a gem of a story that matches Aaron’s peaks on Thor, and after a father/son bloodbath there’s a mother/son reconciliation. It’s a nice juxtaposition, although Lee Garbett doesn’t quite pull off the Asgardian splendour we’ve become used to.

Mike Del Mundo’s art draws almost universal praise, and there’s no denying his technical virtuosity at weaving blocks of colour together for vivid effects. The drawback is that sometimes the colour shapes are almost abstractions, and there’s not enough distance to fully appreciate what’s happening. There are spectacular pages, but there are also messy ones.

After building for five years in real time, Malekith’s War of the Realms finally kicks off, collected naturally enough as The War of the Realms, while the next Thor volume is the mop-up in War’s End. 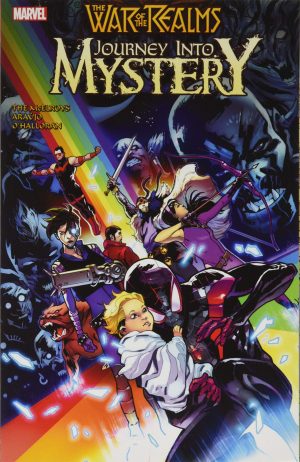 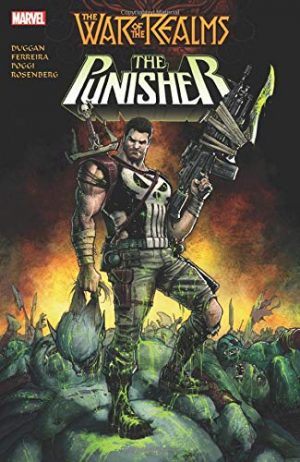