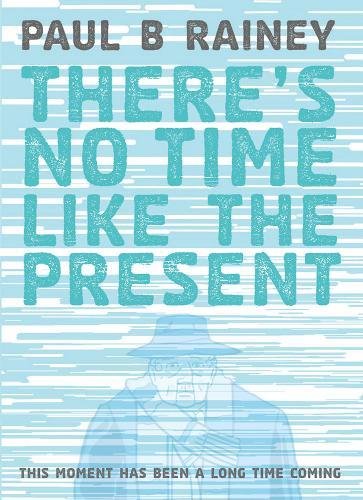 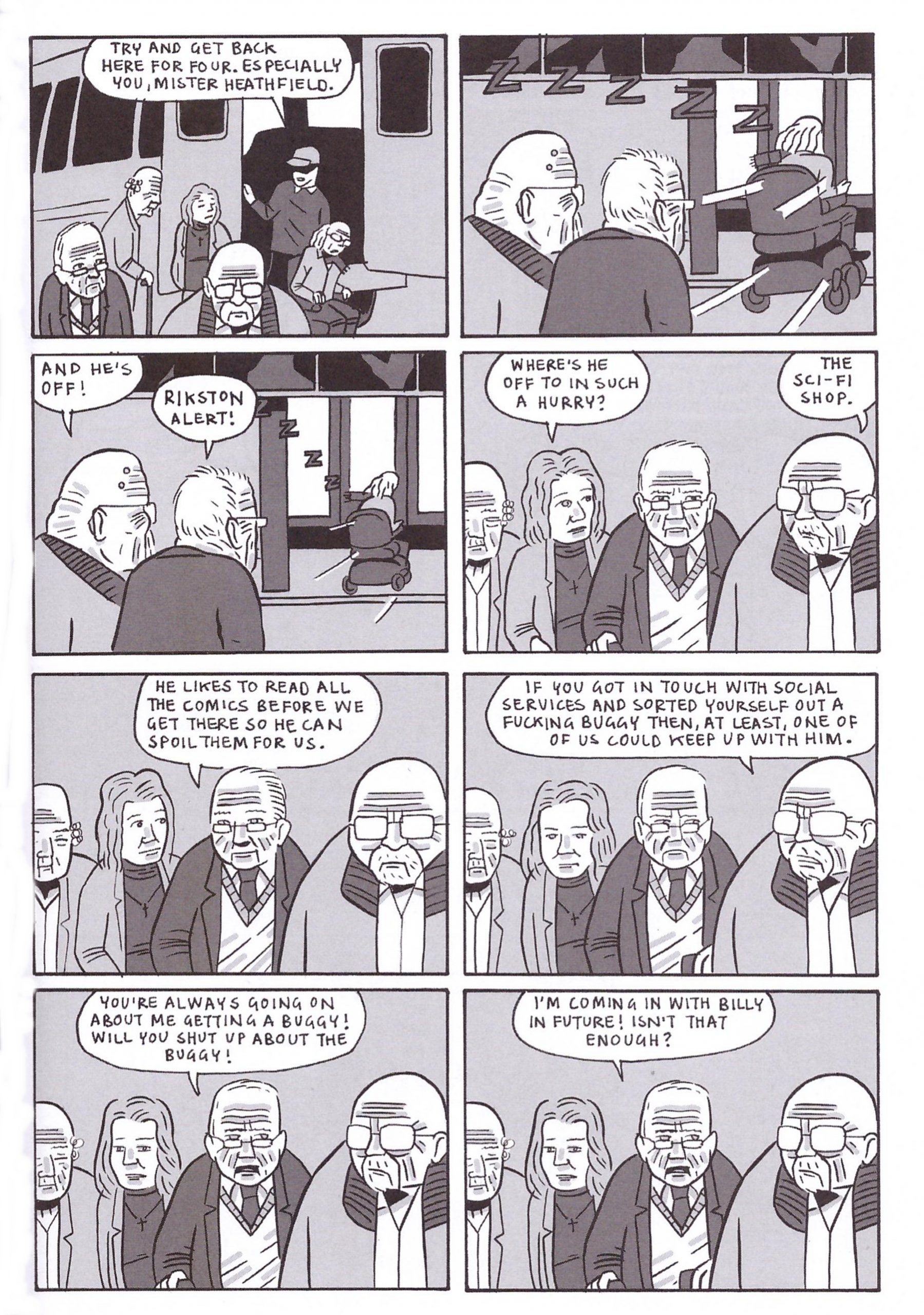 Barry, Cliff and Kelly all realise on some level that theirs is not a life well lived. At thirty Barry’s still at home with his parents, and Cliff has only just moved out to become Kelly’s lodger, but none are satisfied with how their lives are playing out. The difference between their world and ours is that there’s access to both information and videos from the future, and even the occasional visitor. Instead of a source of joy and solace, however, discovering about the future can be a disappointment.

It’s a little too easy for Paul B. Rainey to underline Barry and Cliff’s sorry lives by having them both as avid comic and science fiction fans, but he more than compensates with a sudden shift fifty years into the future. If we thought Cliff and Barry’s lives were unfulfilled at thirty, what are they like at eighty? Rainey broadens the cast here, one person actually someone the more observant will realise we’ve already seen, and he’s jumped to the era when all future technology is about to be decommissioned. Rainey’s use of that is interesting, largely trivial in the case of the main cast, but as the political background isn’t important to his main story, it’s ignored, with the mechanics of contact from the future only explored toward the end. It dominates the final fifty pages, which transmit almost as a release for Rainey, who by that point has presented regret and the everyday for so long. While featuring characters we know, the finale is completely different in tone and intent, novel ideas previously held in check positively pouring out in a way not possible earlier, and having Barry and Cliff wallow in science fiction makes a lot more sense, their hobby contrasted with an actual life. So dense and twisting do the connections become that there’s a temptation to make some that may not be intended. Only Rainey knows for sure.

Rainey’s a functional cartoonist rather than someone whose art you’ll remember, but his thoughts wouldn’t have the same impact without someone joyfully capable of conveying the intended nuances, although a little more personality and emotion would have been advisable. Barry’s complacent father is a statue, and Rainey’s not great at drawing children, but these weaknesses are vastly outweighed by what he can do well. Comedy is a strength, but ever more inappropriate as the story continues.

Some readers will certainly see elements of themselves reflected, but the same would be true of any fiction that successfully conveys a range of characters. The associations of the title alone mark There’s No Time Like the Present as an ultimately optimistic work, and the key staging points are when Barry and Cliff separately have to make a fundamental decision. Can Barry finally become a better person rather than just paying lip service to the idea, and can Cliff finally take a leap into the unknown? Discovering the answers is reflective and rewarding, a journey well worth taking. 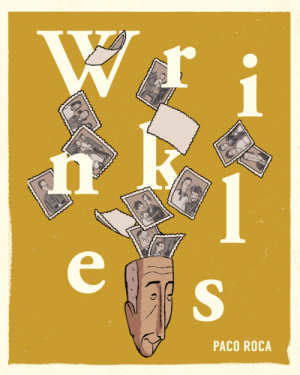 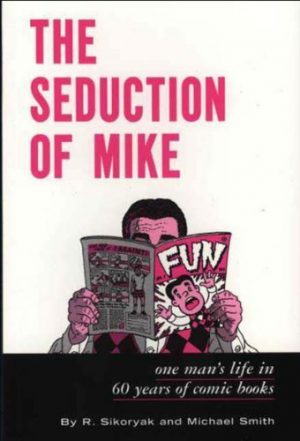