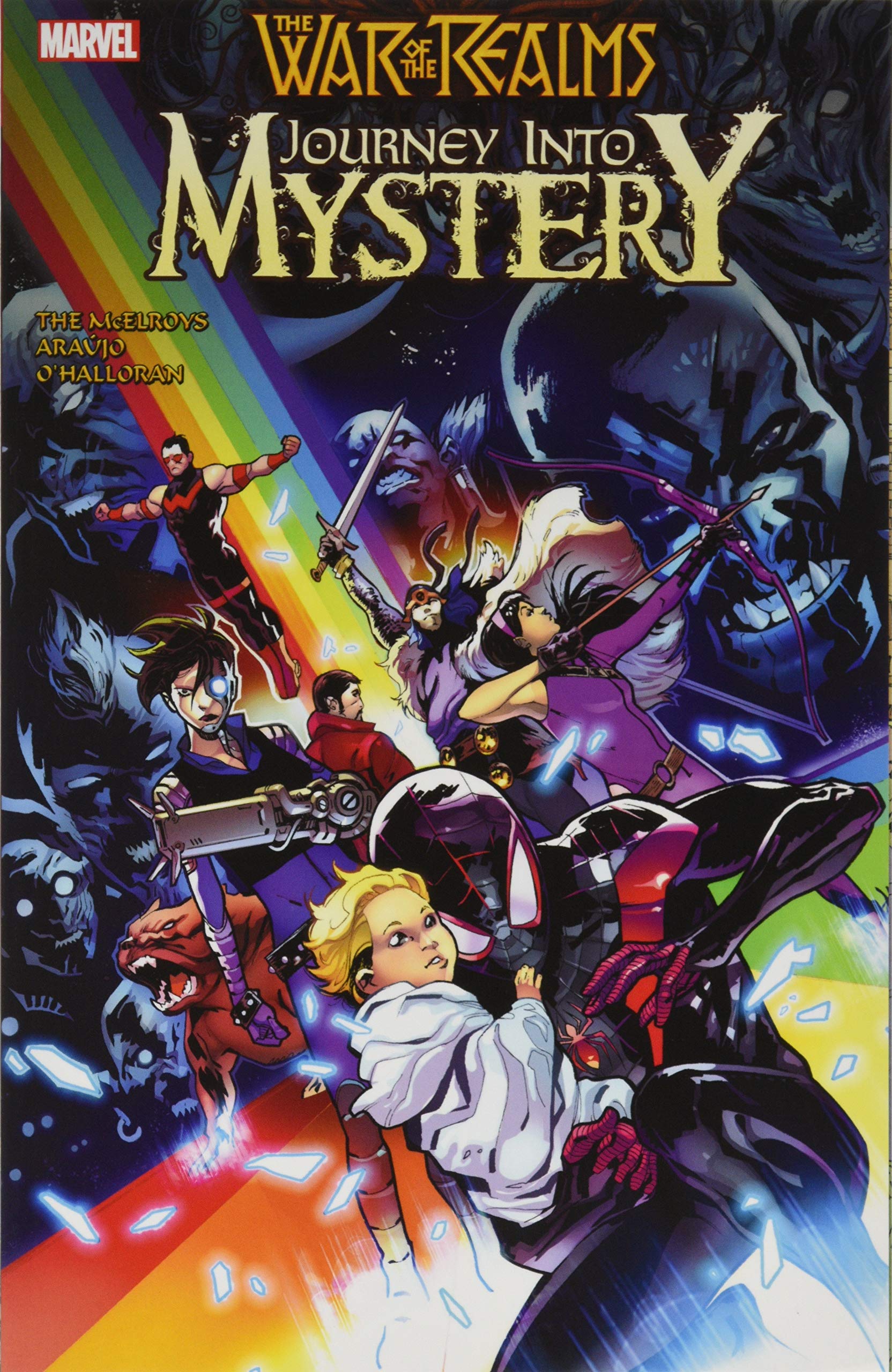 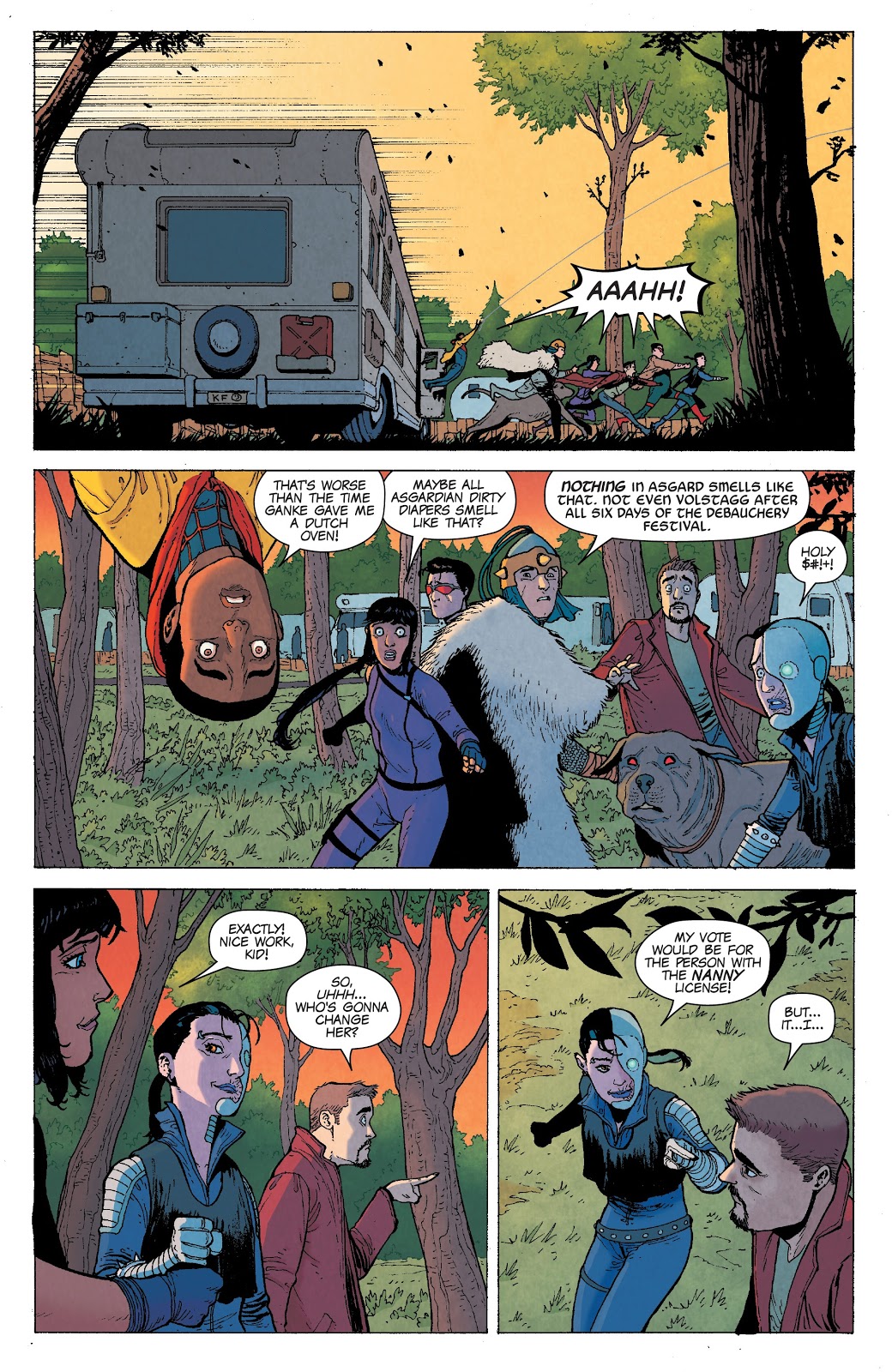 Since moving on from hosting Thor’s adventures, sporadic revivals of Journey Into Mystery have featured the exploits of other Asgardians, and it’s Thor’s buddy Balder the Brave who’s the star turn here. He’s recently been returned from the dead (see Thor: God of Thunder Reborn), just in time for Malekith leading the forces of nine worlds to attack Earth. Balder’s task is to protect Laussa, the infant child of Odin and Freya while assorted ne’er do wells would see her dead. To this end Balder needs to gather allies, but discovers the likes of Deathlok, Hawkeye, and Spider-Man are different from the heroes around before he died. It’s the same Wonder Man, but one of the most powerful heroes on Earth is now a pacifist and won’t fight anyone.

Despite the title, beyond the premise motivating events, any direct connection with The War of the Realms is minimal, as this is a comedy road trip movie featuring a mismatched gang who need to scrub along together. Along the way we’re introduced to their foibles, and each stop is an encounter with some Marvel obscurities. As such it’s fun, which is the premise of the podcast through which writers the McElroys made their name. Clint, a fourth brother, has been added to podcast regulars Griffin, Justin, and Travis, and while at times the dialogue meanders into the random discussions of their podcast (westerns, ‘old’ references), the broad parameters of the plot sustain the fun all the way through. Additionally, they include some more subtle movie references for readers of a certain age.

Having André Lima Araújo on board to draw the eccentricity is a great choice. He’s just that right distance removed from standard superhero tropes to offer a slightly different take on superheroes and their battles, and his fine line is a joy to the eye.

If the heroes involved seem rather randomly selected via prophecy, by the end they do actually each have a role to fulfil that couldn’t be taken on by someone else, which is neat. The actual ending oversteps the boundaries, not selling the joke well enough and so dropping into “let’s do the show right here” sentimentality, but it’s been a fun ride. 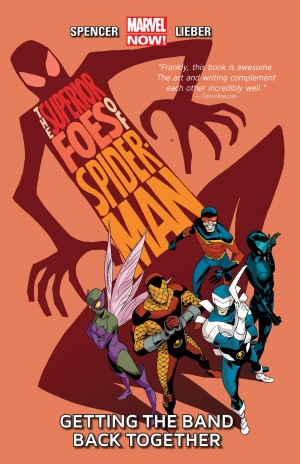 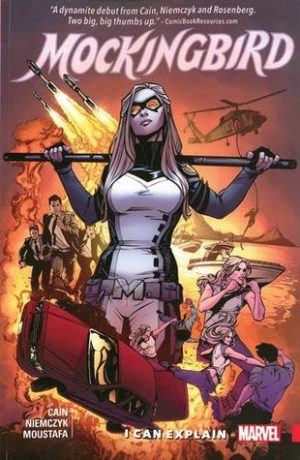 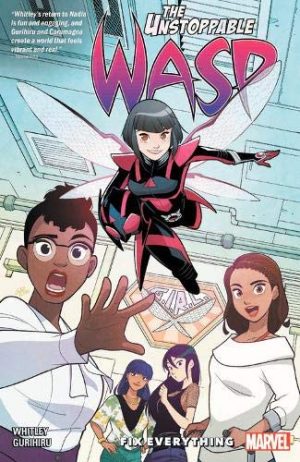