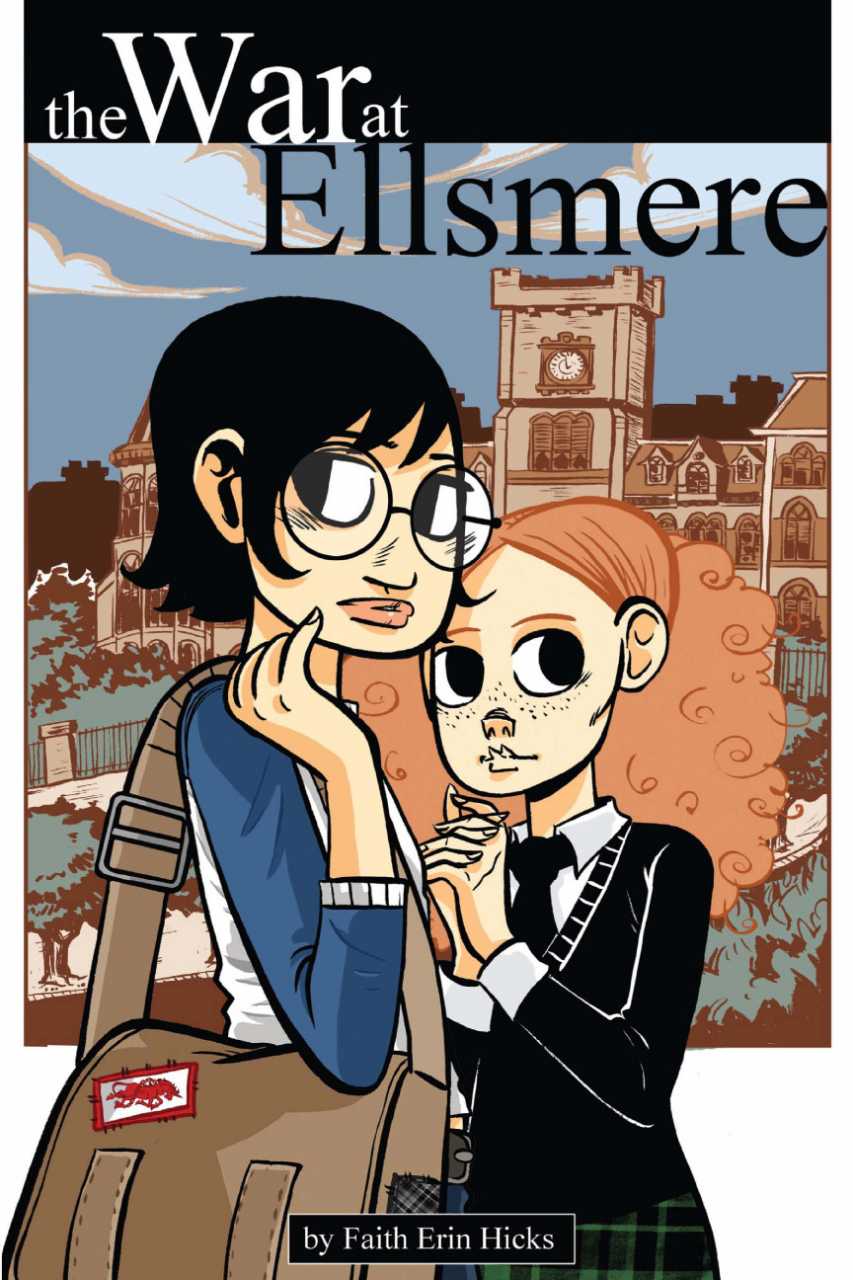 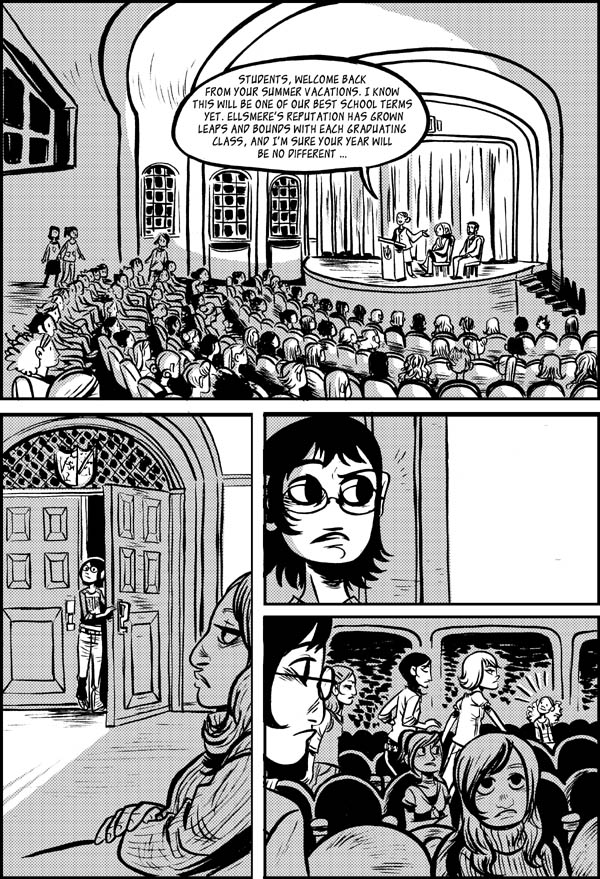 Juniper is the new girl at the exclusive public school of Ellsmere, an institution with a grand history dating back to the early 19th century. She’s immediately set apart by virtue of being the only girl starting the new term at the fee paying school on a scholarship, which marks her out for patronising and torment from the supposedly enlightened blue bloods. It doesn’t quite go as planned because Juniper is quick-witted, viper-tongued and no pushover.

That’s the first of several elements Faith Erin Hicks includes to wrong-foot anyone confident enough to consider they know where she’s heading and why. The War at Ellsmere has several awe-inspiring moments where it just takes a turn. Although not exclusively, Juniper’s more naive and likeable room mate Cassie (think Luna Lovegood) is frequently involved, expanding on why she likes the forest. It’s not apparent at first, but Hicks applies an emotional depth to her cast. It’s obvious why Cassie retreats into fantasy, but Juniper is driven for a reason, and while the unsavoury elements are more cardboard they enrich the primary cast. Toward the end of the book there’s a slightly anomalous element drawing the plot away from being an exaggerated version of reality, but that’s also been competently foreshadowed.

Hicks has evolved her cartooning since The War at Ellsmere, but this is hardly the work of a novice. The storytelling is good, the detail is there, and most importantly she brings her cast to life visually as people we can empathise with or hate. It’s cleverly done with a glance or a gesture.

As noted in Hope Larson’s introduction, Faith Erin Hicks had been drawing comics for a long time before her first graphic novel was published in 2007. This is her second, and it’s a mystery why someone whose work is so rich in character took so long to break through. There are probably elements of The War at Ellsmere that she’d handle differently today, perhaps moving more quickly past the settling in pages, but it’s confident, satisfying, and still worth reading. 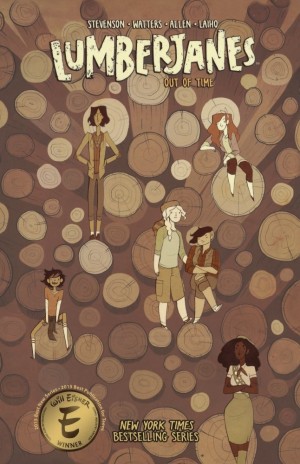