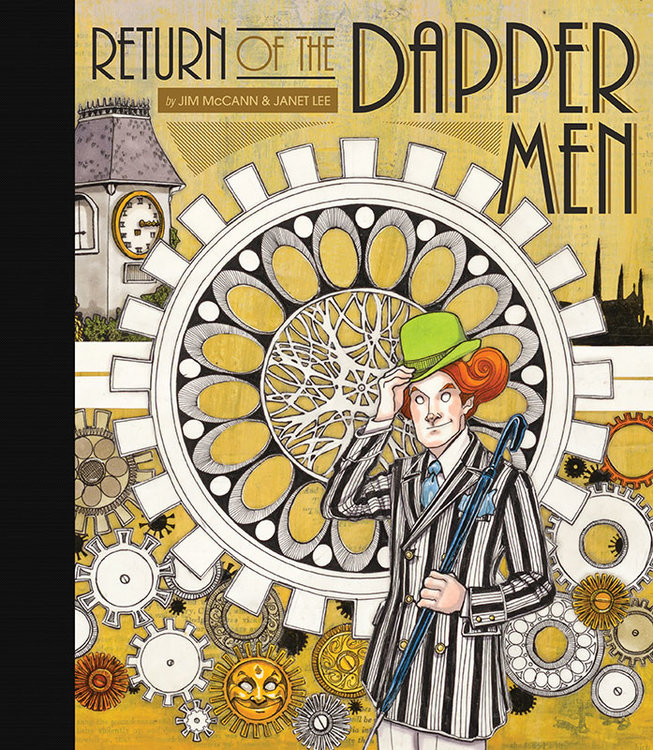 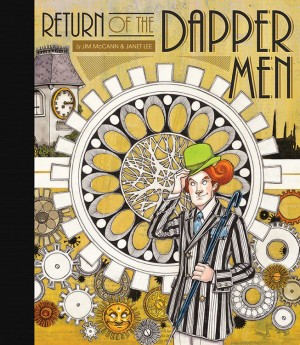 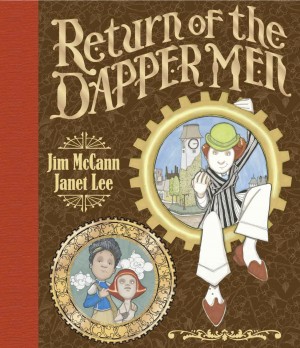 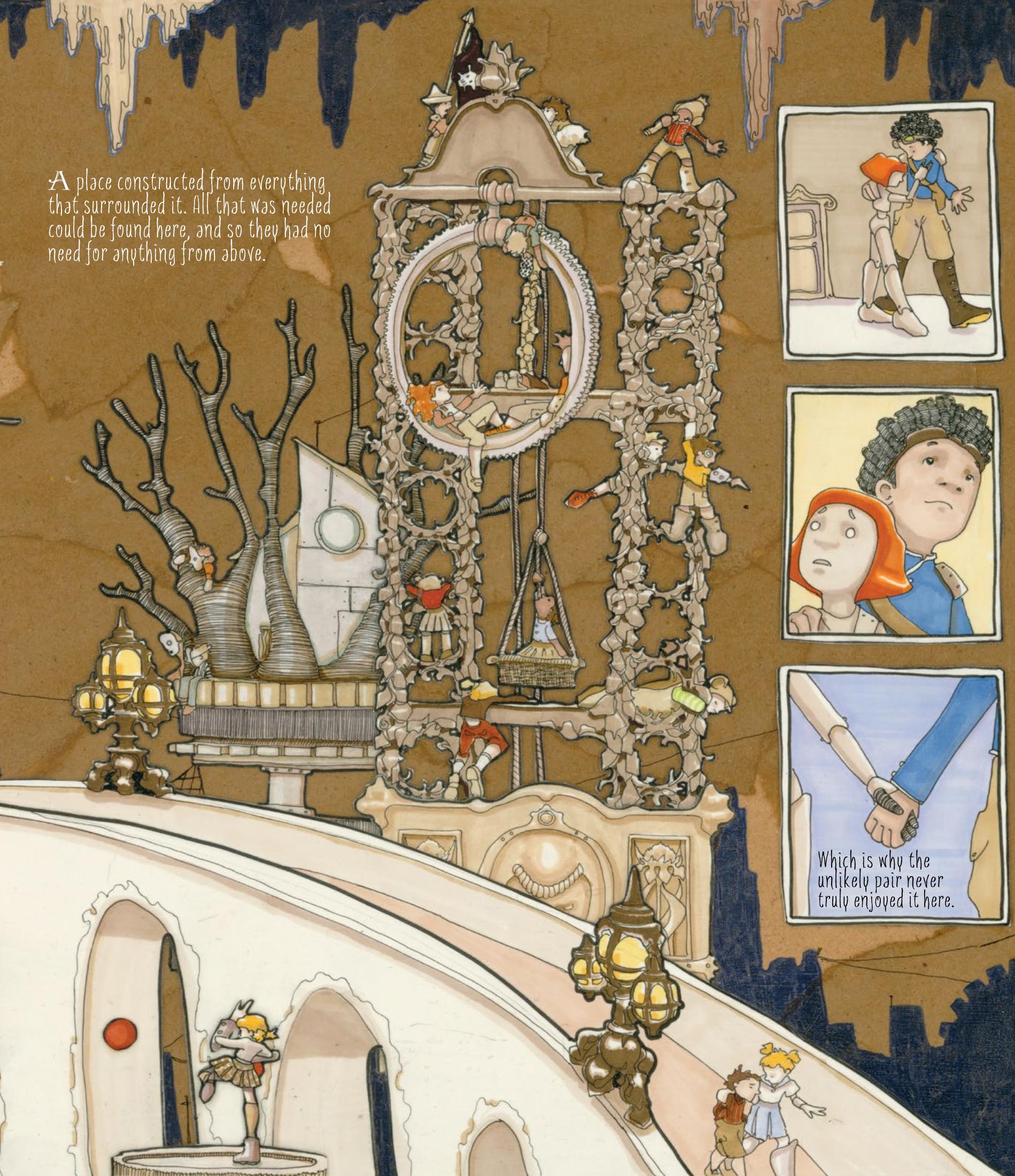 Anorev is a land of perpetual daylight because time has stopped, and is populated only by children and their robot friends. Having no concept of time, they live a stalled existence until the arrival of the Dapper Men, eccentrically smart adults in green bowler hats who disrupt the world as the children have known it. This is viewed by human child Ayden and the robot Zoe, who’ve always been aware that something separated them from Anorev’s other inhabitants.

It would be difficult to overstate the wonder of Janet Lee’s art. These are pages that both children and adults can stare at and become lost in, which is certainly the object of illustrated fantasy. Topping a long list of visually impressive talents is the sheer versatility. Lee switches from decorative Mucha-like designs representing the two lead characters as birds, clockwork and breathing, through more conventional children’s illustration to pages of ornately constructed steampunk machinery. She’s extremely restless, forever shifting influences, pulling designs from across the art world, yet a page of four long horizontal panels preceded by the ornate sample page doesn’t ever come across as awkward juxtaposition, it simply slots into the mood. Explanation pages at the back of the book revealing how the art was created do nothing to remove the shimmering mystique and grandeur, and some of her best pages are those detailing fully realised locations beneath the surface.

Jim McCann was far better known for superhero work before Return of the Dapper Men, but taps into some universal otherworld for a complete fantasy immersion. He manages to simultaneously echo classic absurdist children’s fiction, sometimes deliberately referencing it (Mary Poppins, Pinocchio), while maintaining an original approach and identity. There’s a thematic density to what he explores within the scenario, and among the topics are highlighting isolation, the importance of both individuality and friendship, and fear of change. This is all provided in a thoroughly entertaining fashion that can be universally experienced. There’s no dumbing down for children, but neither is the content beyond their grasp. As with all memorable children’s fiction, this is also a morality play, with time standing still, then accelerating, representing the experience of growth and the fears that accompany it.

This isn’t perfect. Some characters lack depth, there are times when McCann slips into scenes that lack apparent connection to his main narrative, the surreality can drift into overdrive and there is some over-complication of the dialogue. At times Lee coming to comics from illustration is apparent, with some awkward storytelling. All small potatoes when ranked aside the wonder of an inventive and visually stimulating fantasy that’s true all-ages reading.

Bonus material in this new edition includes two short strips produced to promote the graphic novel on Free Comic Book Day, pin-up visualisations by other artists and plenty of process explanations. A sequel is due in 2018. 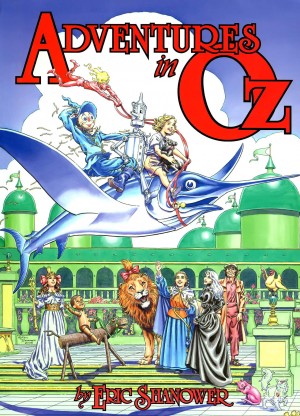