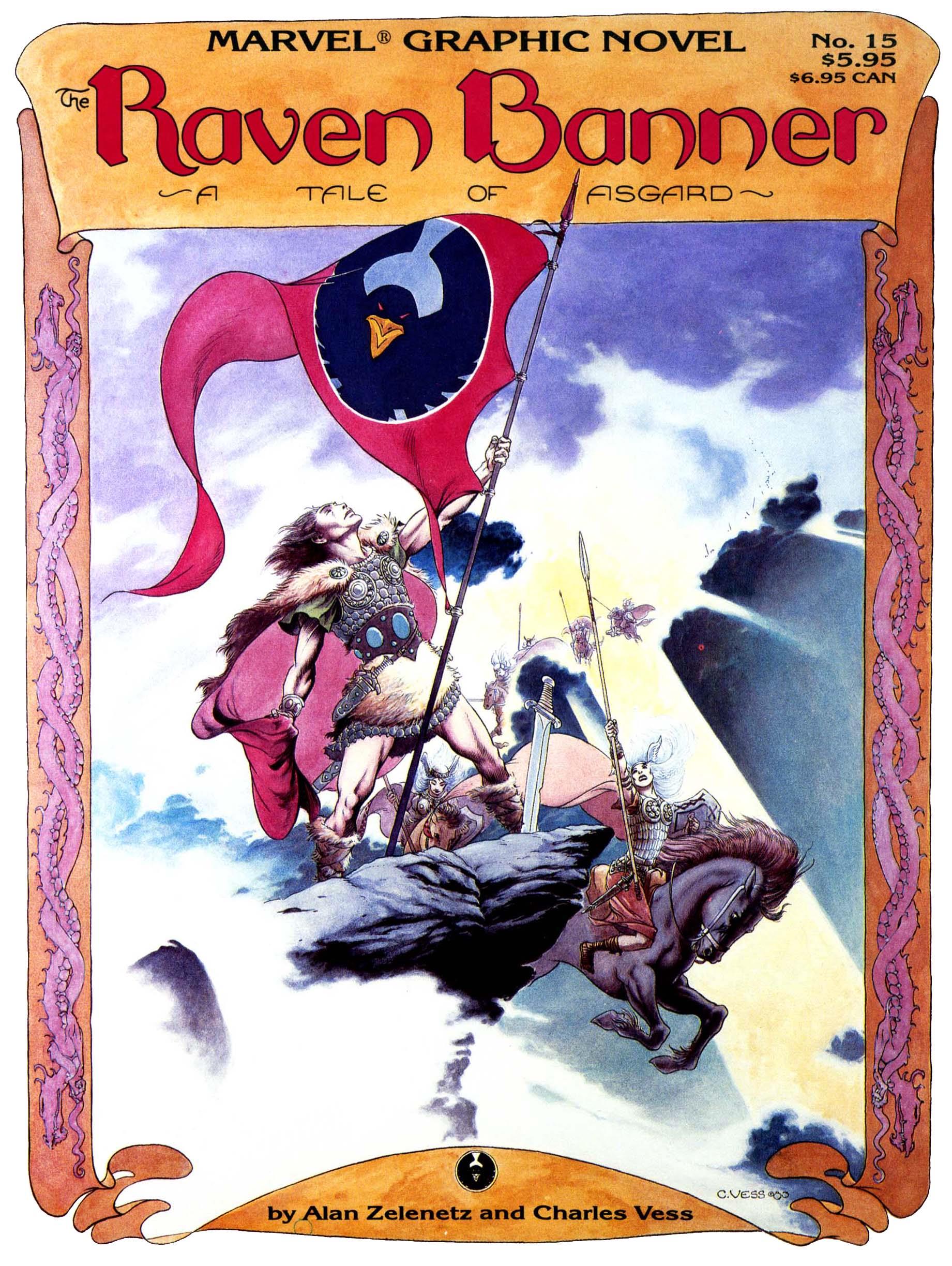 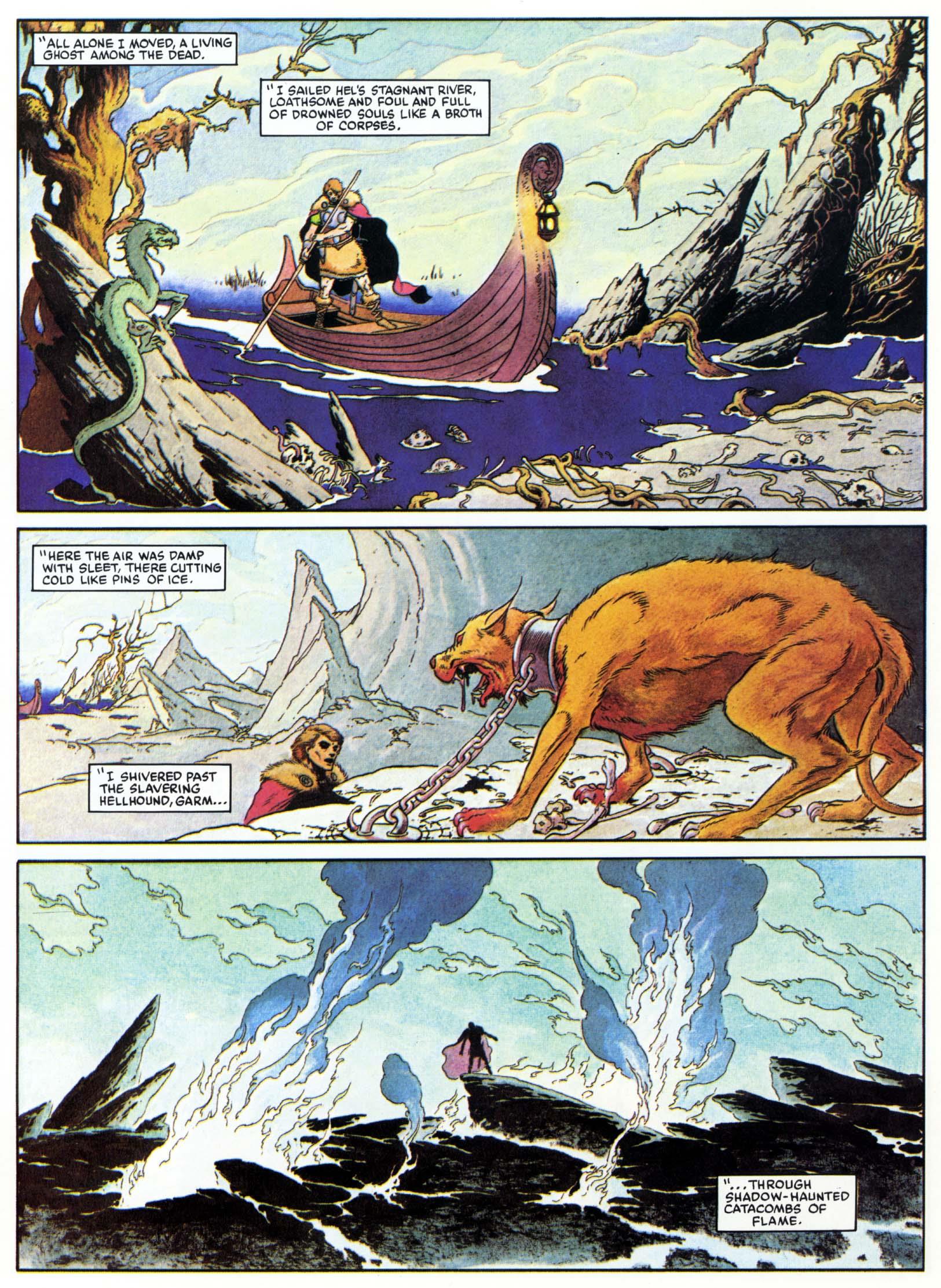 The Raven Banner signifies the forces of Odin, ruler of Asgard, and carrying it into battle is both honour beyond accord and an inevitable death sentence, for it is foretold. Tradition requires the first born of the deceased carry the banner back to Asgard post-combat. Unfortunately after a battle with the giants, Magnus’ son and heir Greyval isn’t present to retrieve the banner, which is instead removed from the battlefield by trolls. Not keen on the family duty, Greyval is convinced the banner will be returned to Odin in some form, and he’d prefer to forget about it and honour his father by marrying the Valkyrie Sygnet.

Others, however, consider Greyval to have committed a grievous dereliction of duty, and Odin himself fears Ragnarok may approach should the banner not be returned to Asgard. Greyval, rather caught between a rock and a hard place knows roughly where the banner is, and has to save face under the eyes of another prominent Asgardian.

Alan Zelenetz’s plot ticks boxes rather than enthrals, and pomposity of the dialogue wears thin. The quest of redemption is a staple of fantasy fiction, and the narrative meanders like the country bus, therefore giving the opportunity for Greyval to acquire more travelling companions to fulfil another law of fantasy. More importantly, though, it provides a variety of locations with which the stunning art of Charles Vess can impress still further. Vess’ glorious art was The Raven Banner‘s selling point on original release, and while it takes a while for him to settle into his stride, once there each page turned offers new decorative delights. He supplies grandeur on a suitably imposing scale, verdant landscapes, terrifying seascapes, strange and fearsome beings and oddly creepy and wispy trolls.

Unless you love fantasy and/or sword and sorcery it’s Vess’ art alone that makes initiating a quest of your own to locate The Raven Banner worthwhile.