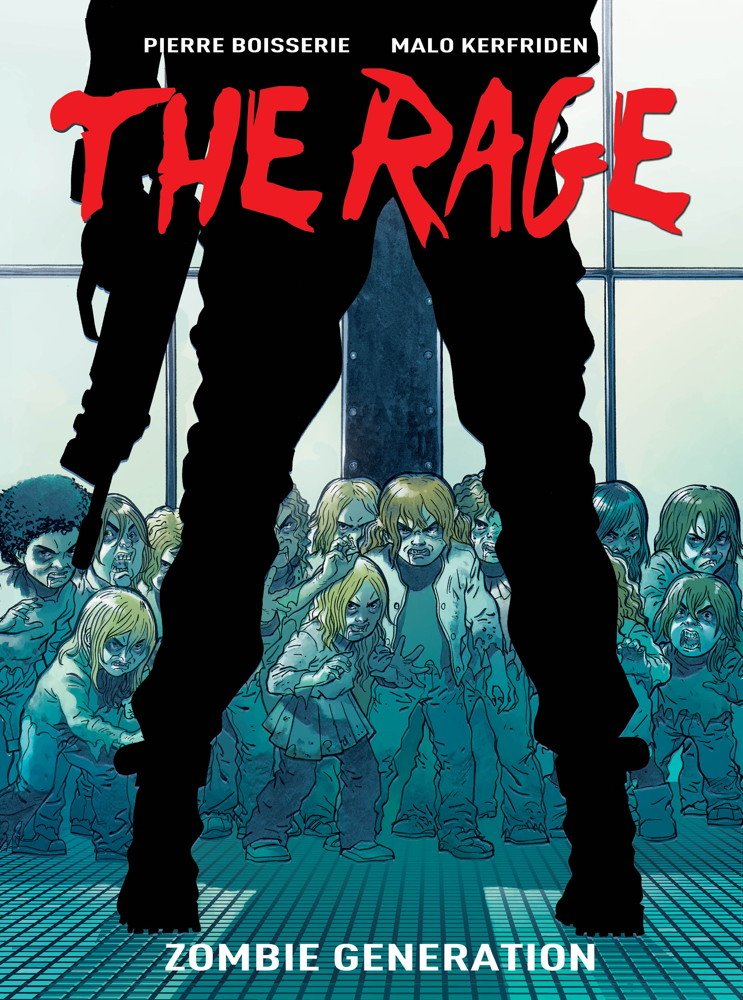 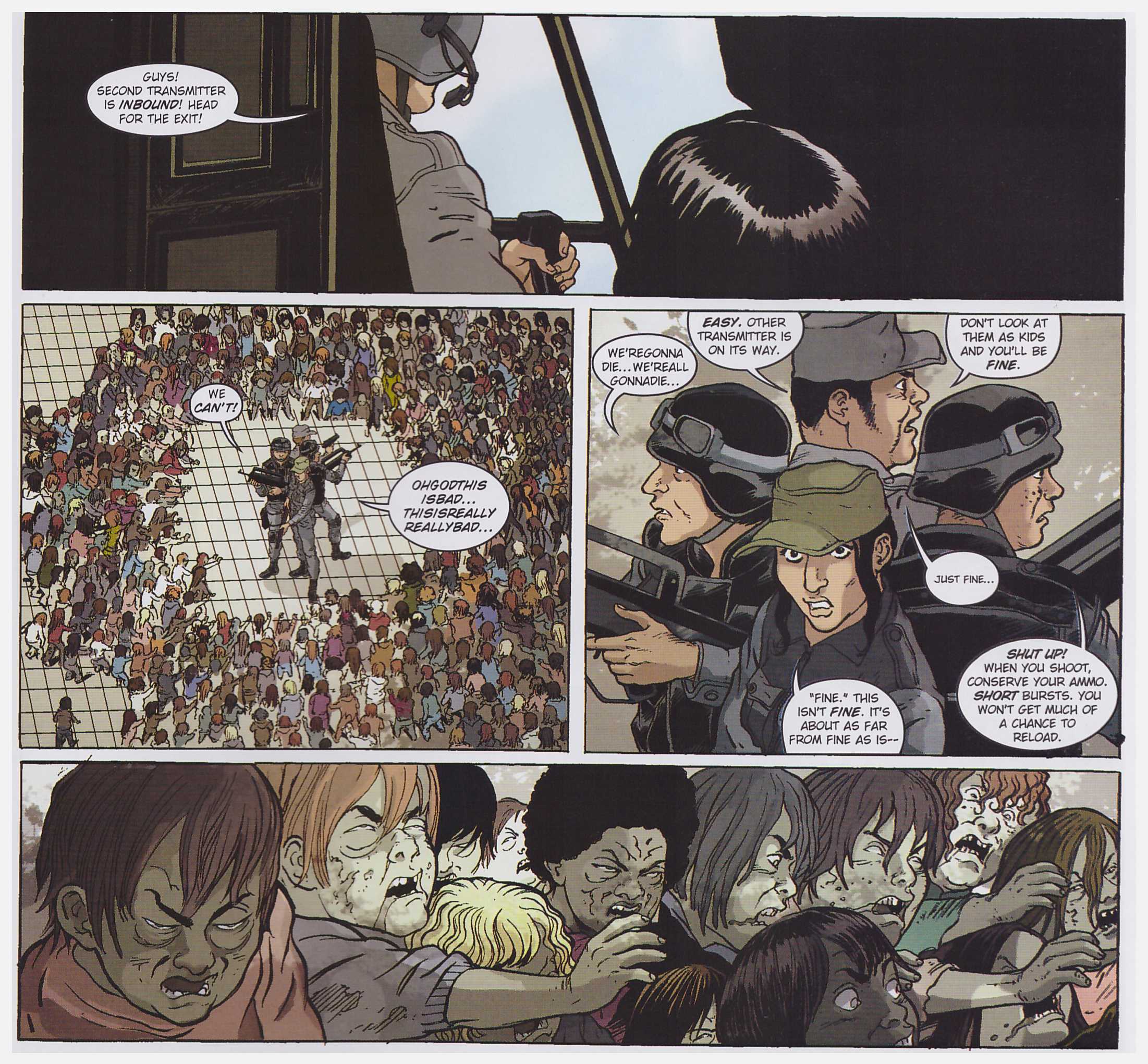 The first thing to note is that The Rage is part of Titan’s welcome commitment to producing English translations of European material in the same hardbound album format in which they’d be available on the continent, and very reasonably priced as well.

Two years prior to the opening sequence an infection spread rapidly around the entire world transforming all pre-pubescent children into zombies. They’re not of the one bite and you’re now infected variety, but the hundred bites and you’re consumed variety. They hunt in large, mindless, packs, and the only method of keeping them at bay is using a sonic transmitter. It issues an ultra-high pitched sound that causes them distress. A pack of aggressive and hungry little children can make short work of an army patrol.

Our way into the scenario is via Parisian nurse Amina Riviere who joins a military team involved in removals, which amounts to retrieving children about to hit puberty. It’s never entirely clarified, but it seems at that stage they revert to human. Amina has her own reasons for wanting to be part of that team, and as the book progresses we learn more of her past and of her family.

This is the first of two books, and there are plenty of good ideas incorporated, of which the sonic transmitter is an example, without the entirety gelling, largely due to writer Pierre Boisserie concentrating on perpetuating the mystery and the action instead of letting the subject breathe. There is a subtlety, which is sometimes too well concealed and understated, exemplified by the final page. Artist Malo Kerfriden holds his end up, though, with flowing action art and believable characterisation, and he’s not shy of a crowd scene.

The concluding volume, Kill or Cure, is an improvement, but Zombie Generation was considered special enough to merit selection as one of the fifty albums officially recognised by the 2012 Angoulême International Comics Festival. 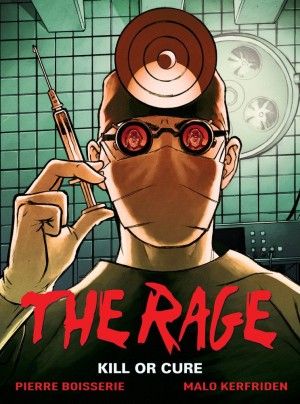 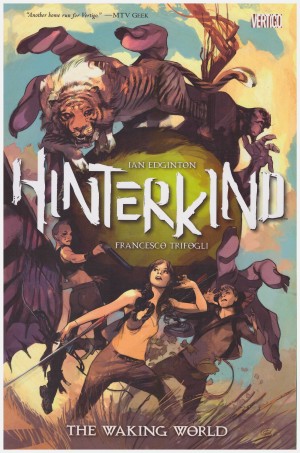