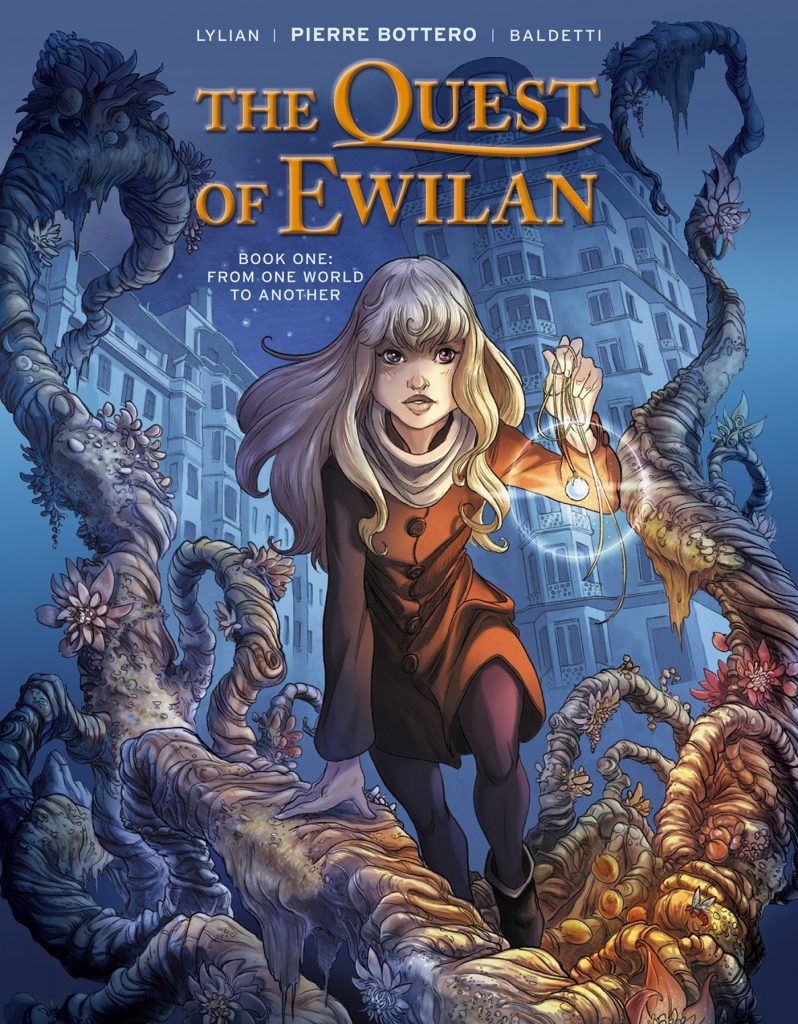 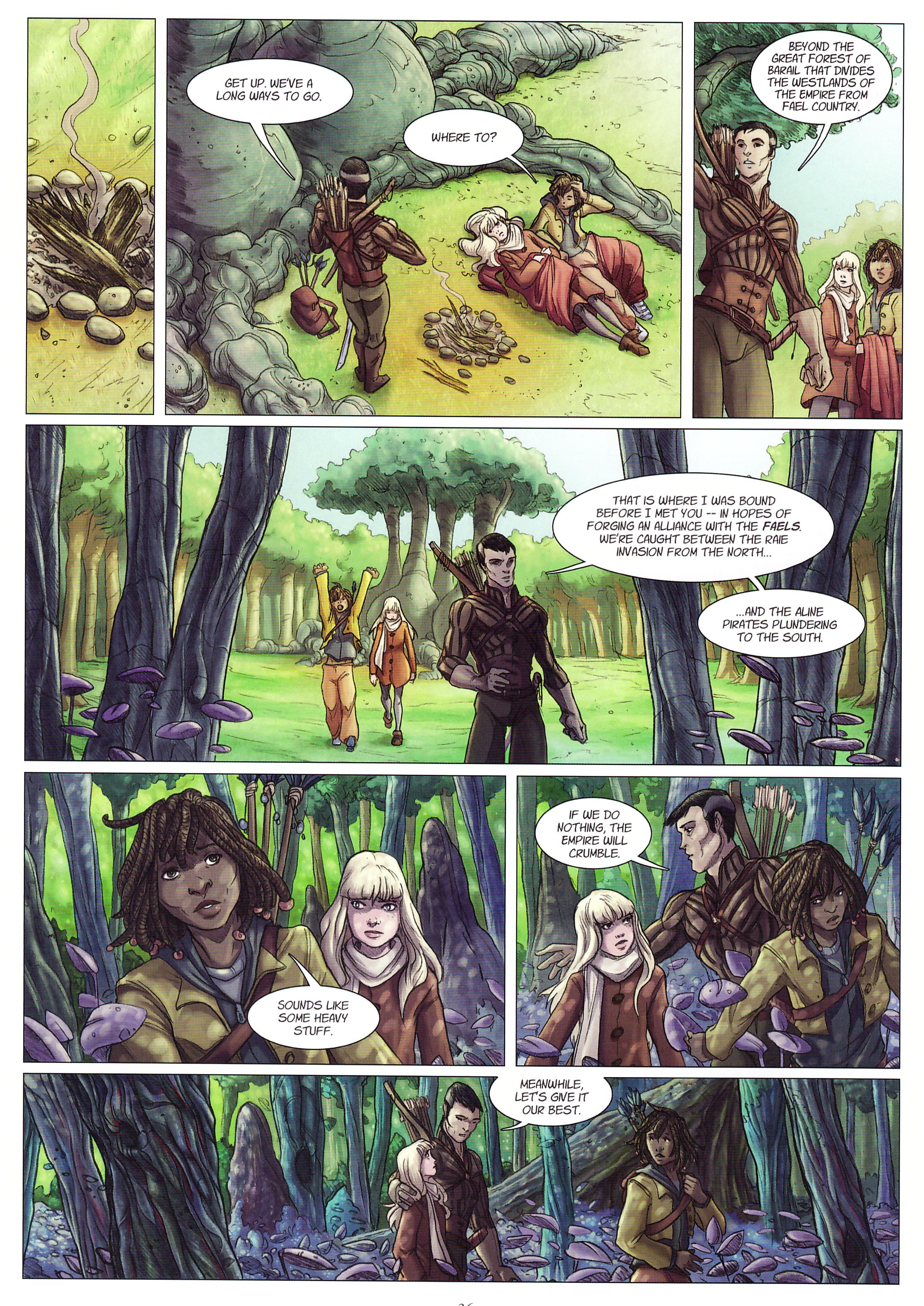 Camille is a thirteen year old French schoolgirl almost killed when crossing the road. She avoids death by somehow shifting herself into another dimension, unaware of how she managed this, nor how she returns to Earth shortly afterwards. A series of strange incidents follow before she and schoolfriend Salim return to the fantasy world, this time seemingly trapped there. Camille may consider herself ordinary on Earth, but if she chooses to hone her gifts, in Gwendalavir she’s potentially one of the most powerful people in the realm, able to manifest her desires via her imagination. Here, she’s known as Ewilan, and is considered the daughter of two legendary magicians from a time before the land was enslaved.

Pierre Bottero was a prolific fantasy author, completing four trilogies of works set in Gwendalvir in a little over seven years before he died in a car crash, and the first of these twelve novels is adapted by Christophe Lylian and Laurence Baldetti. No-one has that many novels published without there being something unique and memorable about their works, but so much of The Quest of Ewilan is just grabbed from the stock fantasy shelf. We have the boastful rogue, the grumpy magician, the humourless heroic type, the strangers in wonderland and the all powerful enemy with frightening minions. It’s only over the final pages where we learn Gwendalivir’s history and Camille comes into her own that the story springs into life.

That interest is sustained before then is down to Baldetti. He charms with illustrations conveying Camille and Salim’s wonder and frailty in a new world, and his strange insect-like creatures are suitably menacing. Beyond that, however, very little time is spent creating the astonishing trappings of a new and unusual environment, and all too frequently Camille and Salim could be wandering around the town park.

By the end of the book there is just about enough novelty building to drag younger readers toward Akiro. In France these graphic novel adaptations are very well received, five of them published to date, with a consistent creative team, but the first impression is that The Quest of Ewilan is ordinary.