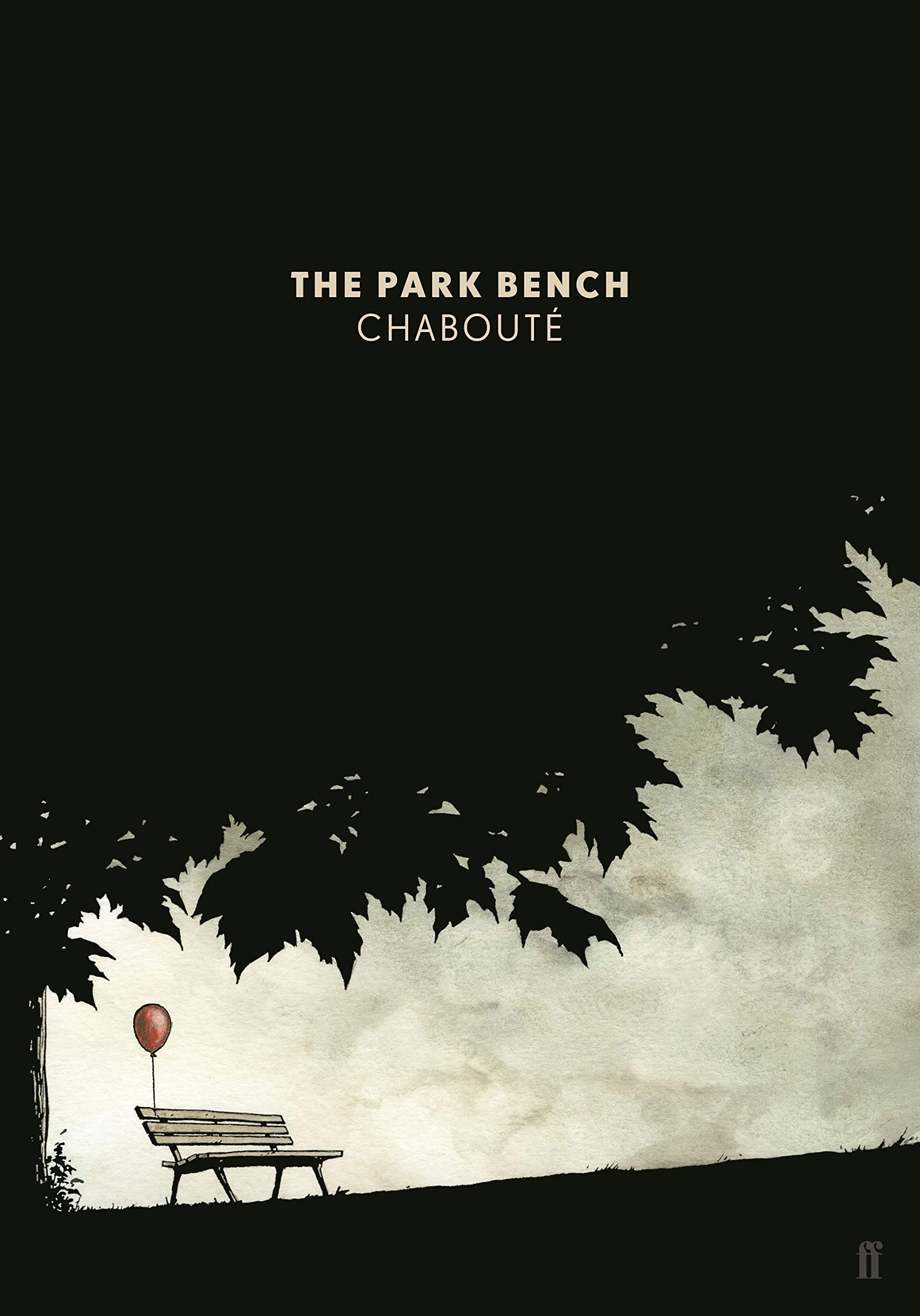 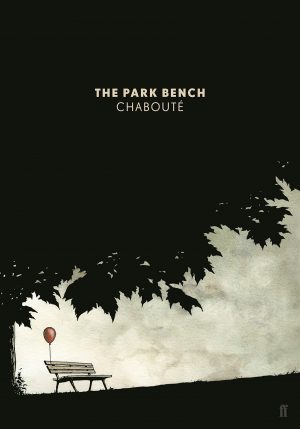 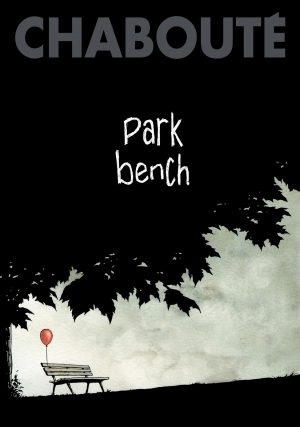 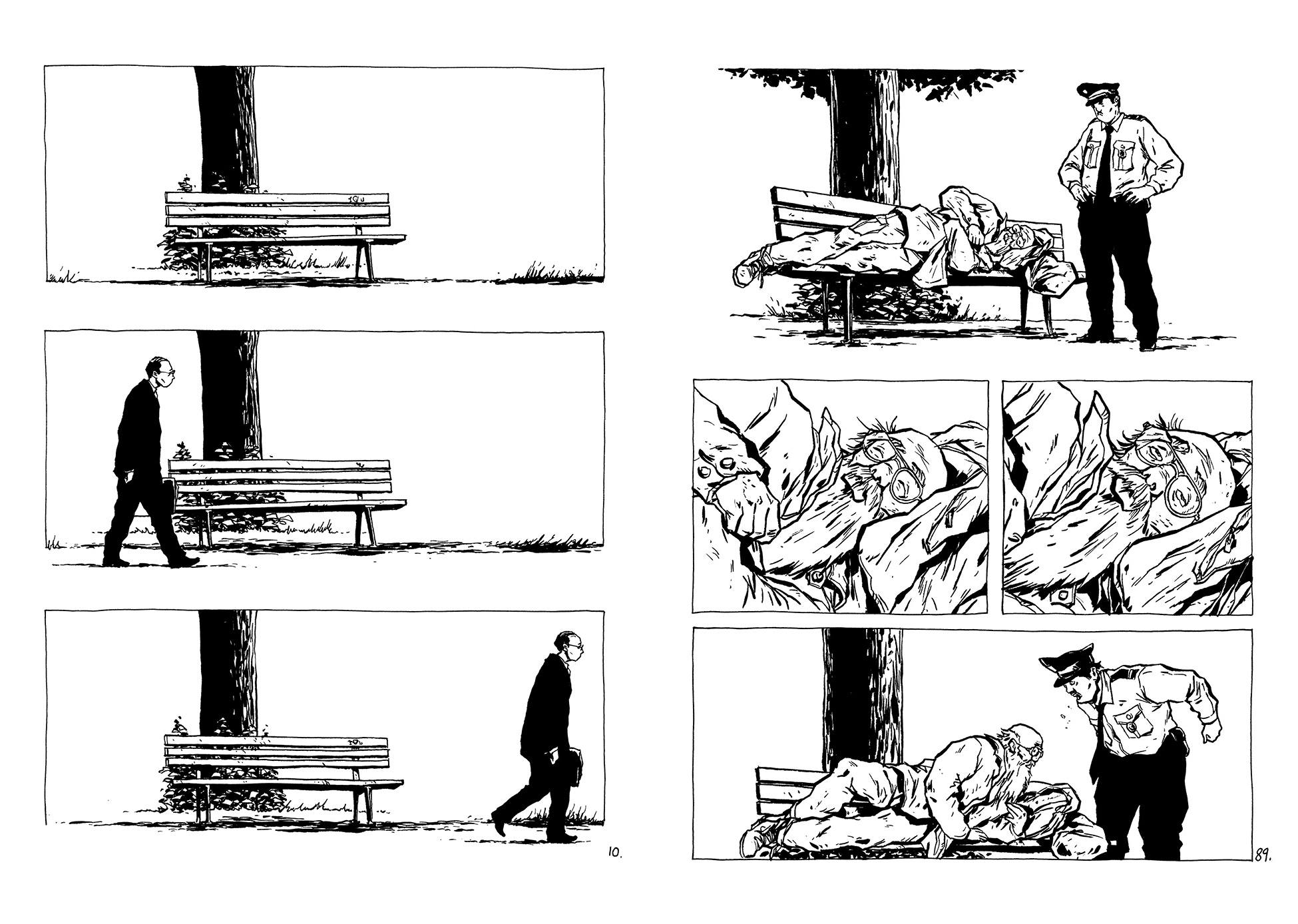 The Park Bench explores the simplest of ideas, yet creates heartbreak and wonder. Christophe Chabouté’s focus is a solitary, plain park bench, and with cleverly expressive dialogue-free art he enables readers to glimpse into the lives of those who use the bench, but only for the brief period they’re in the vicinity. Some return frequently, others only ever pass it by.

Repetition is key. We watch the same runner go past, the same elderly couple sharing a cake, the same dog marking its territory, and the same skateboarder skimming along it. In between we see others, some just once, several paying a return visit, and the use is punctuated by various people working in the park, the sample art showing a policeman haranguing a homeless guy.

Chabouté’s choice not to use any dialogue opens up international markets, while displaying the confidence he has in being able to convey a variety of emotions via facial expression and the way he poses people. Three middle aged women having a chat is a delightful succession of pinched and astonished faces, as is a later sequence of a particularly fastidious woman, and there’s no doubt as to the content of the repeated encounters between policeman and homeless guy.

While the view isn’t exclusively placing the reader directly opposite the bench, it is the most commonly used, sometimes for a few dozen consecutive pages, and that supplies a pleasing serenity. This is especially effective for a sequence set in autumn wind and rain, when everyone just rushes by, not stopping even after the rain, as the bench is damp. Time passing is indicated by both the weather, the visits of a young woman, and a sad inevitability, while other more subtle interactions occur, making us consider the reasons people use a park bench.

Whether intended or not, there are nods toward Will Eisner’s work, his fascination with city life and the sentimentality of human interaction, and one surprisingly radical change is possibly the most upbeat moment and one of pure Eisneresque exaggeration.

Charming, observant and delightful, there’s a vitality and exuberance to Chabouté’s illustrations and he’s produced a book worth re-reading. As seen on the cover reproductions, the British edition is titled The Park Bench, while the North American is plain Park Bench. 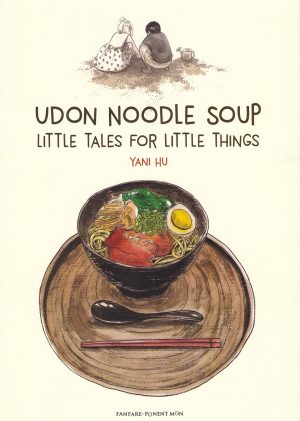 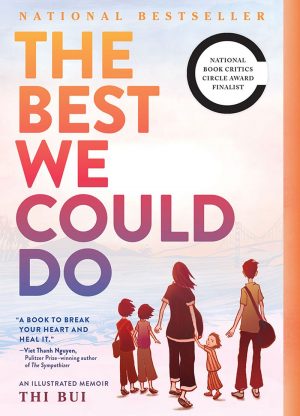 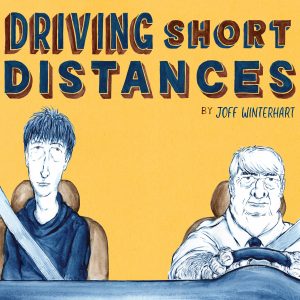 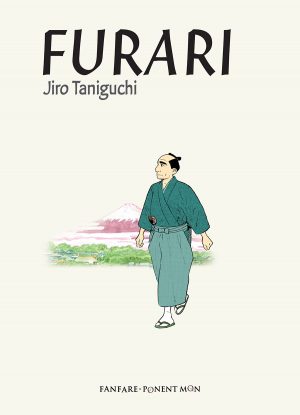