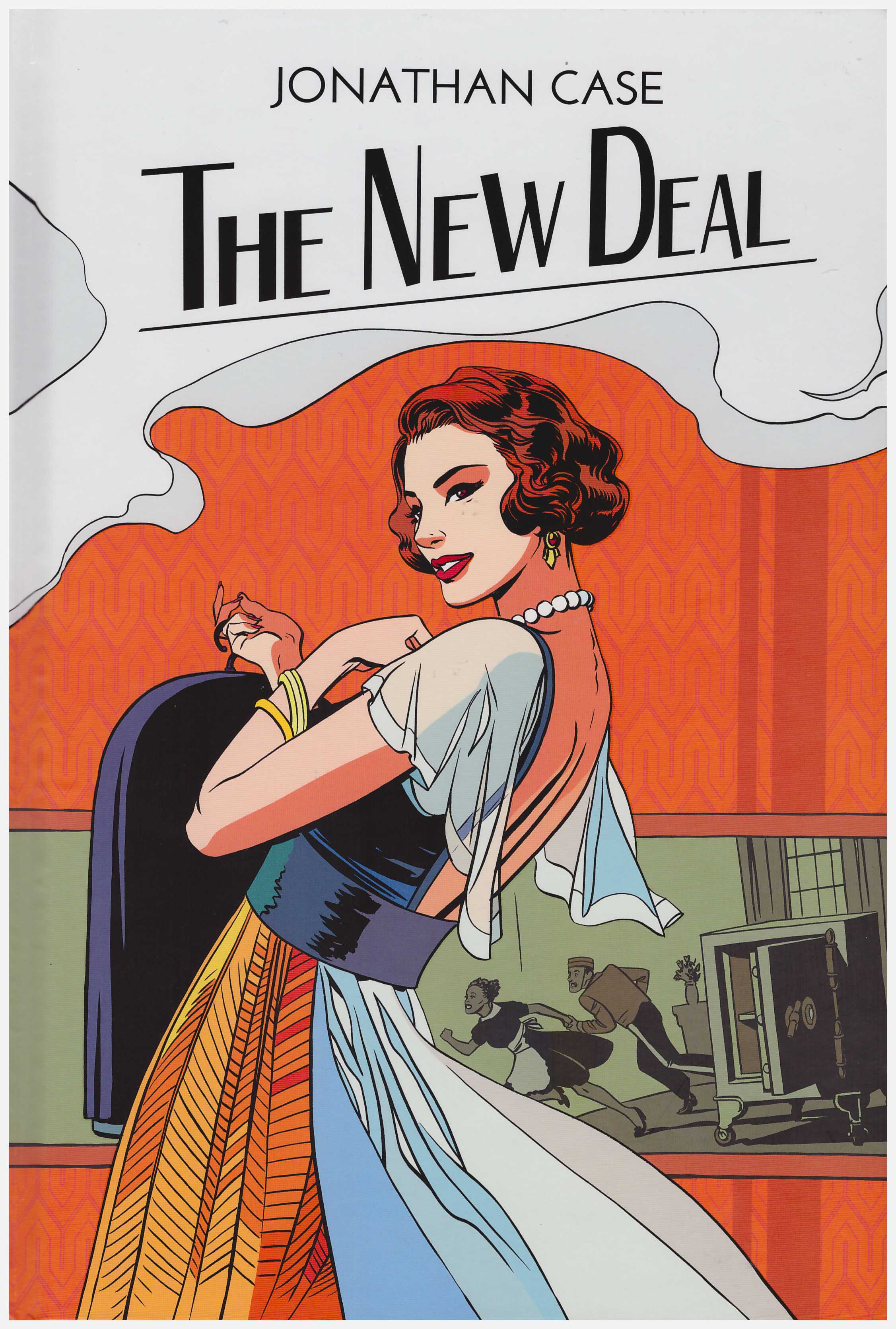 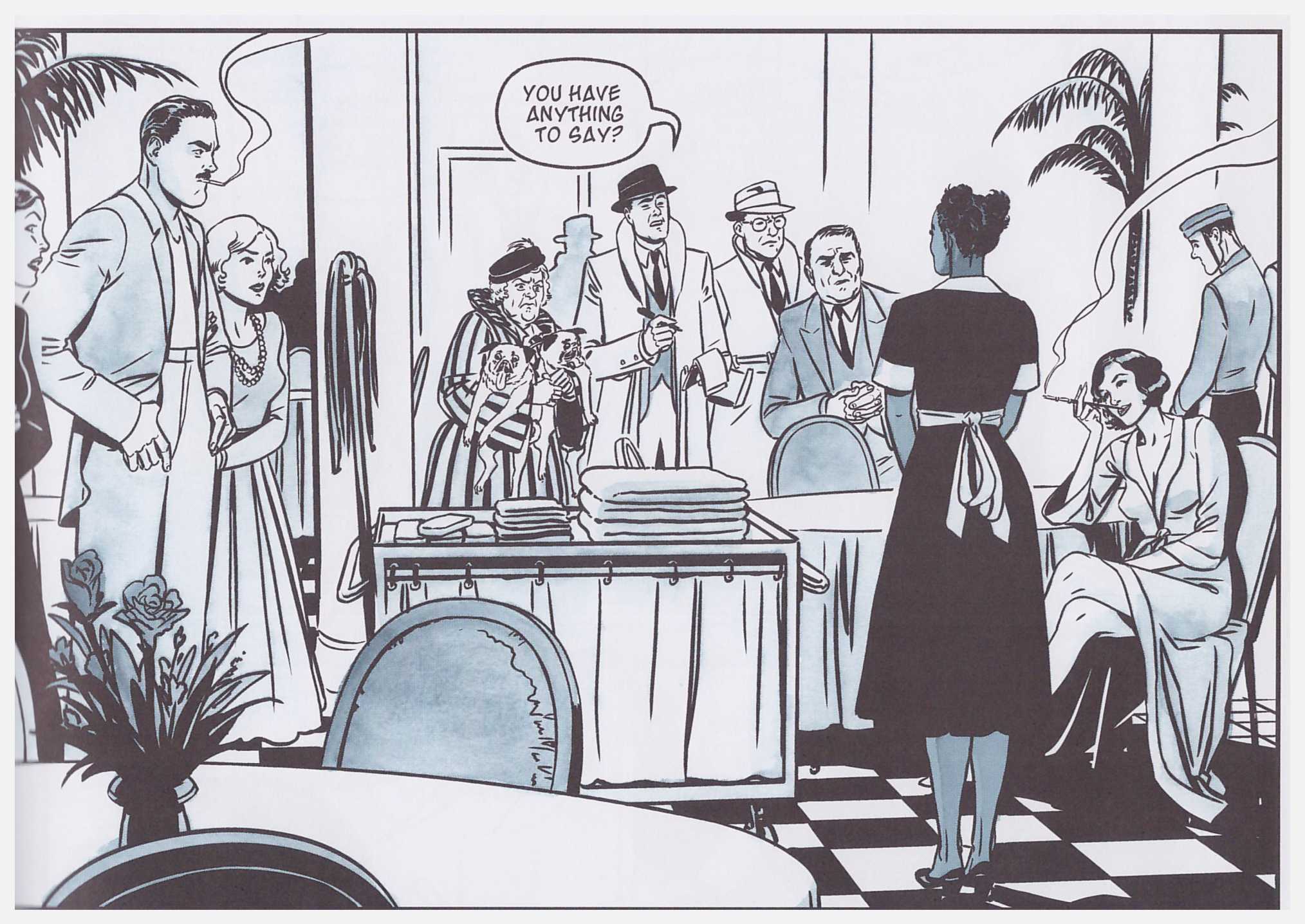 It’s 1936. The USA is working its way out of the depression into a new era of optimism, and Frank is at the centre of the high rollers staying in New York. Unfortunately, that lofty position is only via his employment as bellhop at the Waldorf Astoria.

Likeable and resourceful, Frank carries one major millstone around his neck: he owes $400 to one of the hotel’s regular customers after an ill-advised poker session, renowned adventurer Jack Helmer. A discussion about this has been observed by housemaid Theresa, who, being black, is the first suspect among some hotel guests when a dog collar with precious stones goes missing. She’s used to the appalling attitudes of the times, so is puzzled when another wealthy guest, Nina Booth, displays kindness and concern, and supplies excessive tips.

As proved elsewhere, Jonathan Case is some artist. He displays the grandeur of the locale and everyone is convincingly and distinctively depicted in an appealing style verging on cartooning, but keeping the exaggerations just the right side of mugging. The use of a blue/grey wash to add tones to the art is very effective not only in depth by shading, but in creating a period feel.

The surprise here is how Case’s writing matches his art. It’s very subtle. The opening scenes appear charming, but not compelling. They have, however, served their purpose in sucking you in, so that when the later tension arises you’re really pulling for the cast. This is part mystery, and part crime drama, but what it appears to be first and foremost is Case’s homage to the quirky black and white comedy drama movies of the 1930s and 1940s. With that in mind, an additional pleasure to be had is casting the script.

It could be that the title will lead to expectations of greater historical content, but it serves as little more than instant period setting, with a few throwaway elements feeding in. Theresa, for instance, is working on Orson Welles’ landmark staging of Macbeth with an all black cast, and Frank’s Uncle is a depression-era apple seller.

The New Deal flies in the face of any fashionable graphic novel presentations, and is very welcome for that alone. It’s character driven, very accomplished and thoroughly enjoyable. 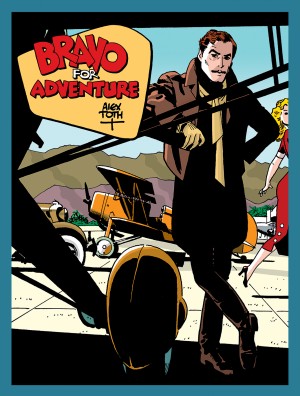