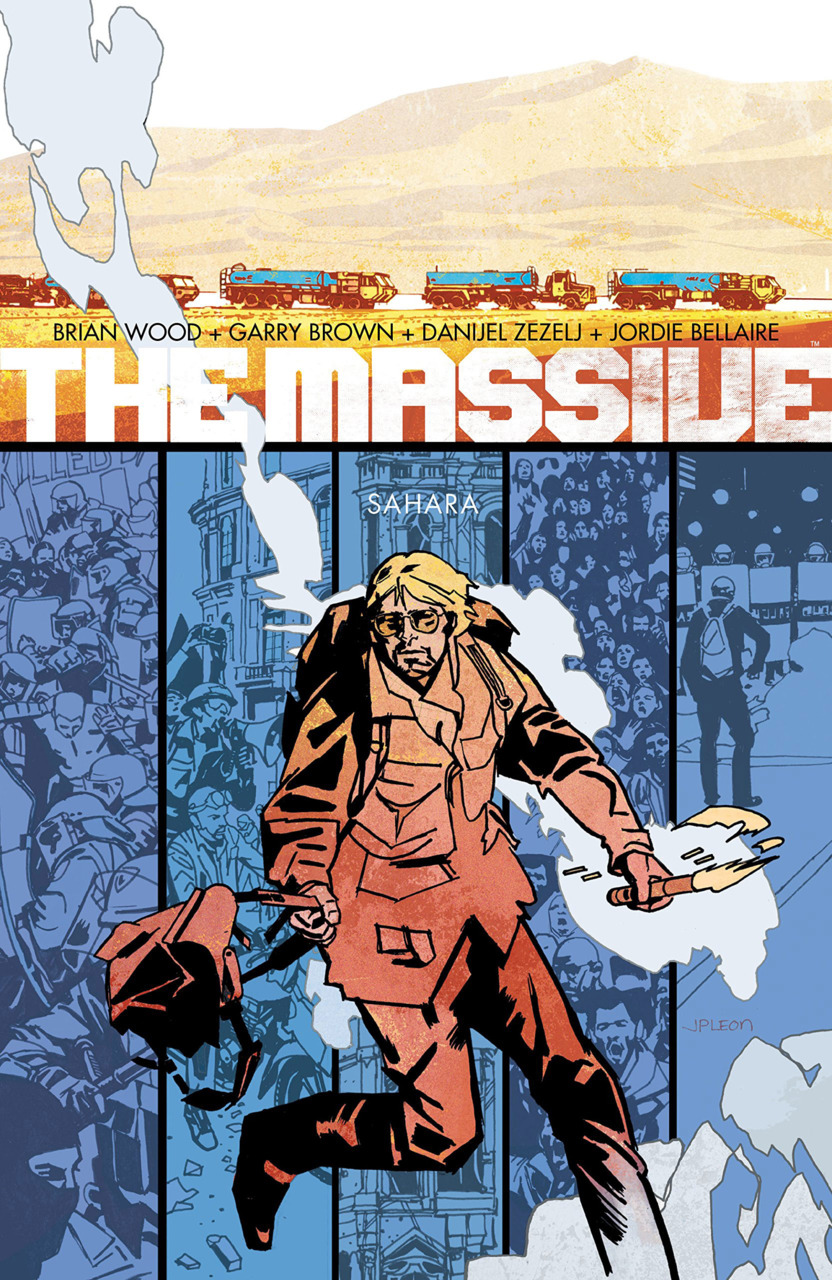 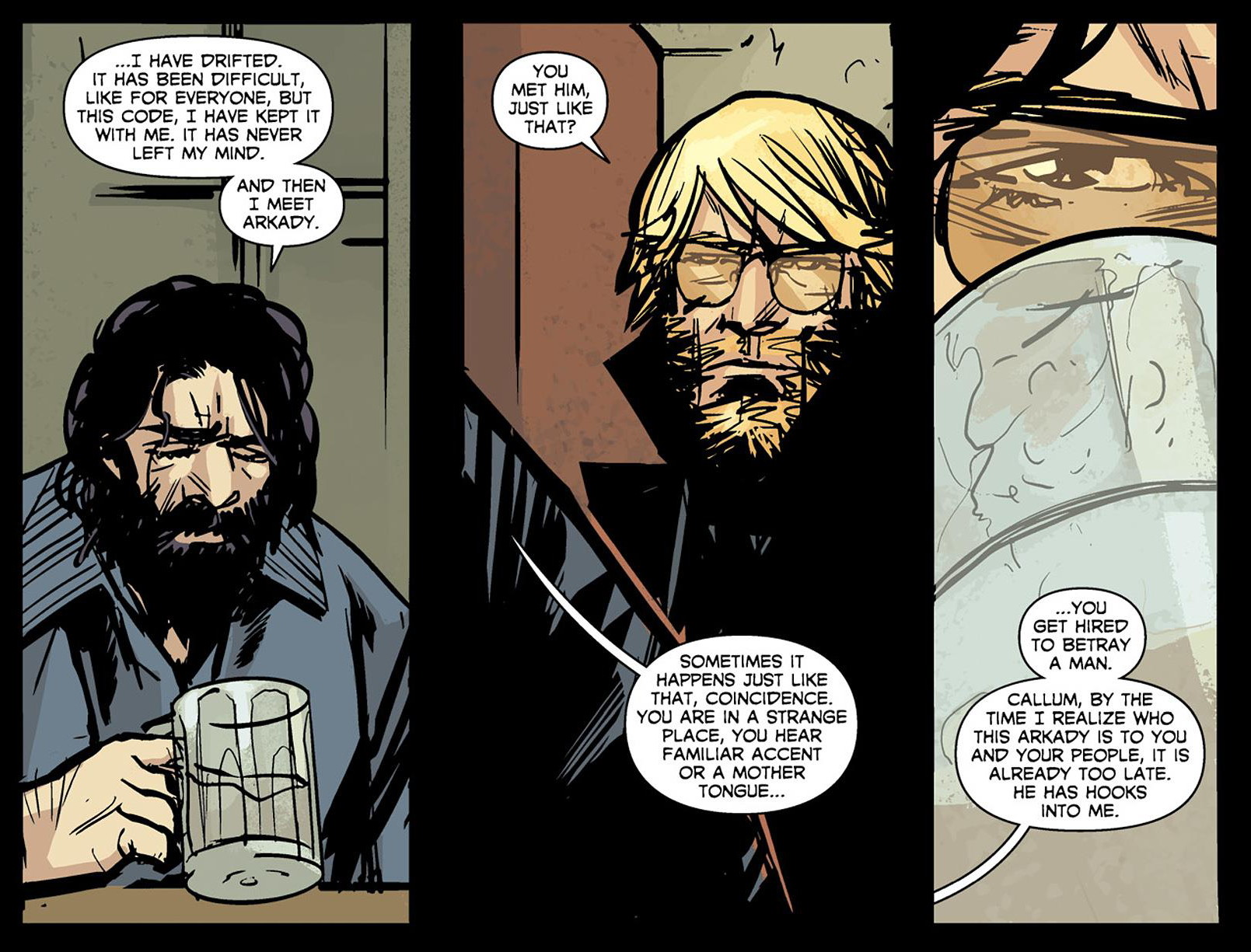 As was the case in Longship, the crew of the Kapital are diverted from their primary mission of locating their sister ship the Massive. It’s again the personal obsessions of Calum Israel that prompt the first of two story arcs here. He’s convinced a former mercenary colleague, Arkady, has targeted his boat as part of an attempt to lure him back into the fold.

Brian Wood stirs in almost Pynchonesque levels of narrative paranoia – Israel is not a well man after all – coupled with barely credible levels of coincidence, particularly the chances of one person locating Israel on park bench in Vilnius. Much leads back to the past, and Israel’s single-mindedness endangers both himself and Mag, but the unexpected reward is some strange information from the Massive. An underlying inconsistency of the series apparent to the astute reader is dragged into the light, explored in the following sequence, but not fully explained until the concluding volume Ragnarok.

Regular artist Garry Brown illustrates ‘Bloc’, and his art is becoming sketchier and scratchier for the present-day sequences, the whole applied with an additional layer of gloom by Jordie Bellaire’s colouring.

The downbeat atmosphere plummets several notches as Danijel Zezelj illustrates the title sequence. This switches the focus back to Mary, missing from the Kapital since the previous volume, In Africa post-disaster water has become of even greater value, and Mary is with a convoy intending to cross the Sahara desert to transport water from Saudi Arabia to Morocco. This is a rapid read fueled by tension, with Zezelj excellent at depicting sandstorms.

Along the way Wood continues to highlight ecological problems: How to transport water from Saudi Arabia; what happens to Eastern Europe if Russia no longer supplies gas?

By the end of the volume it’s very clear that the story that appeared to be the focus has in fact been a distraction, and there’s a restored level of uncertainty. At this point it seems quite the clever twist and explains the schizophrenic and vaguely illogical nature of the series. Everything’s up for grabs in Ragnarok.