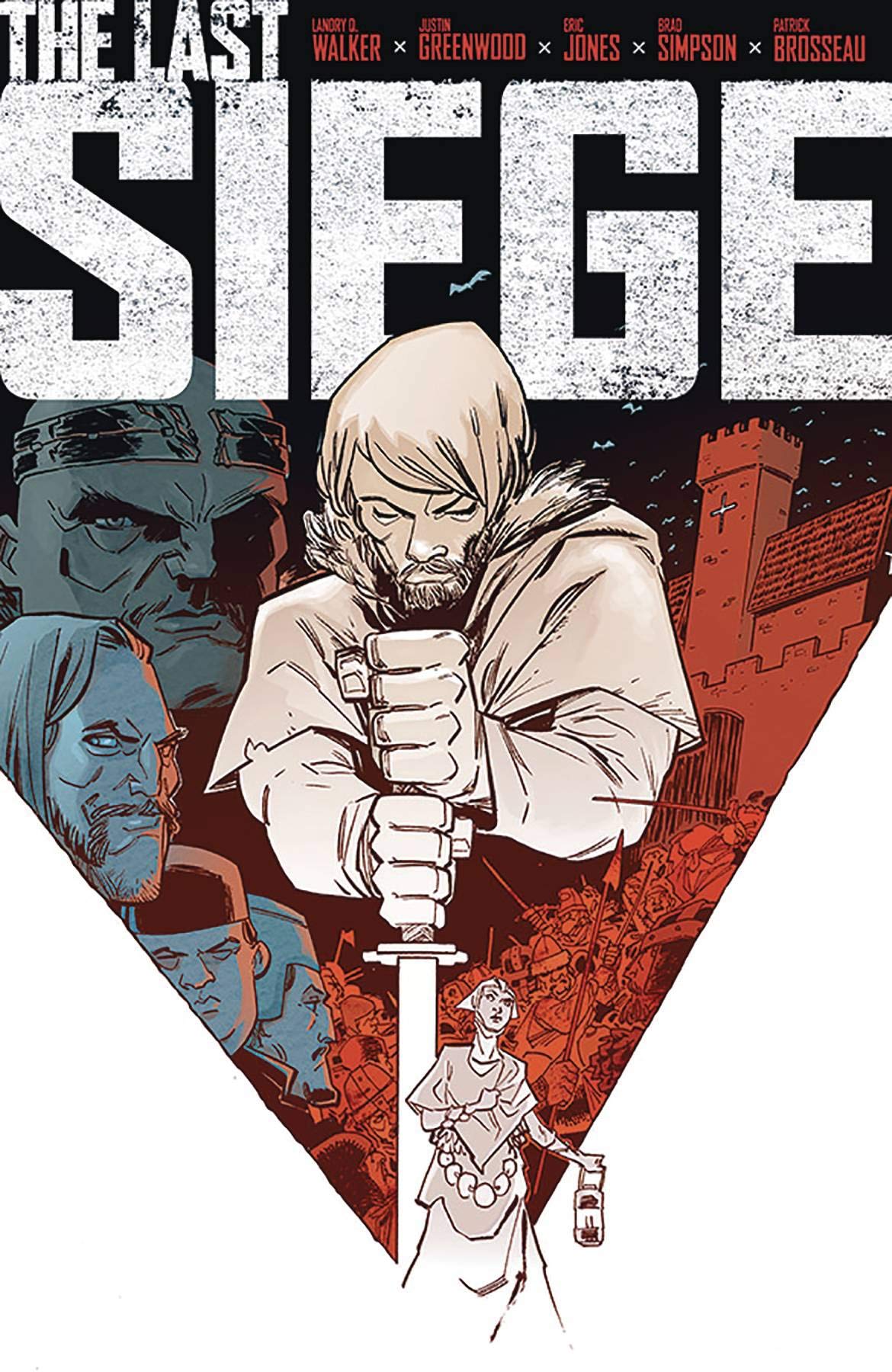 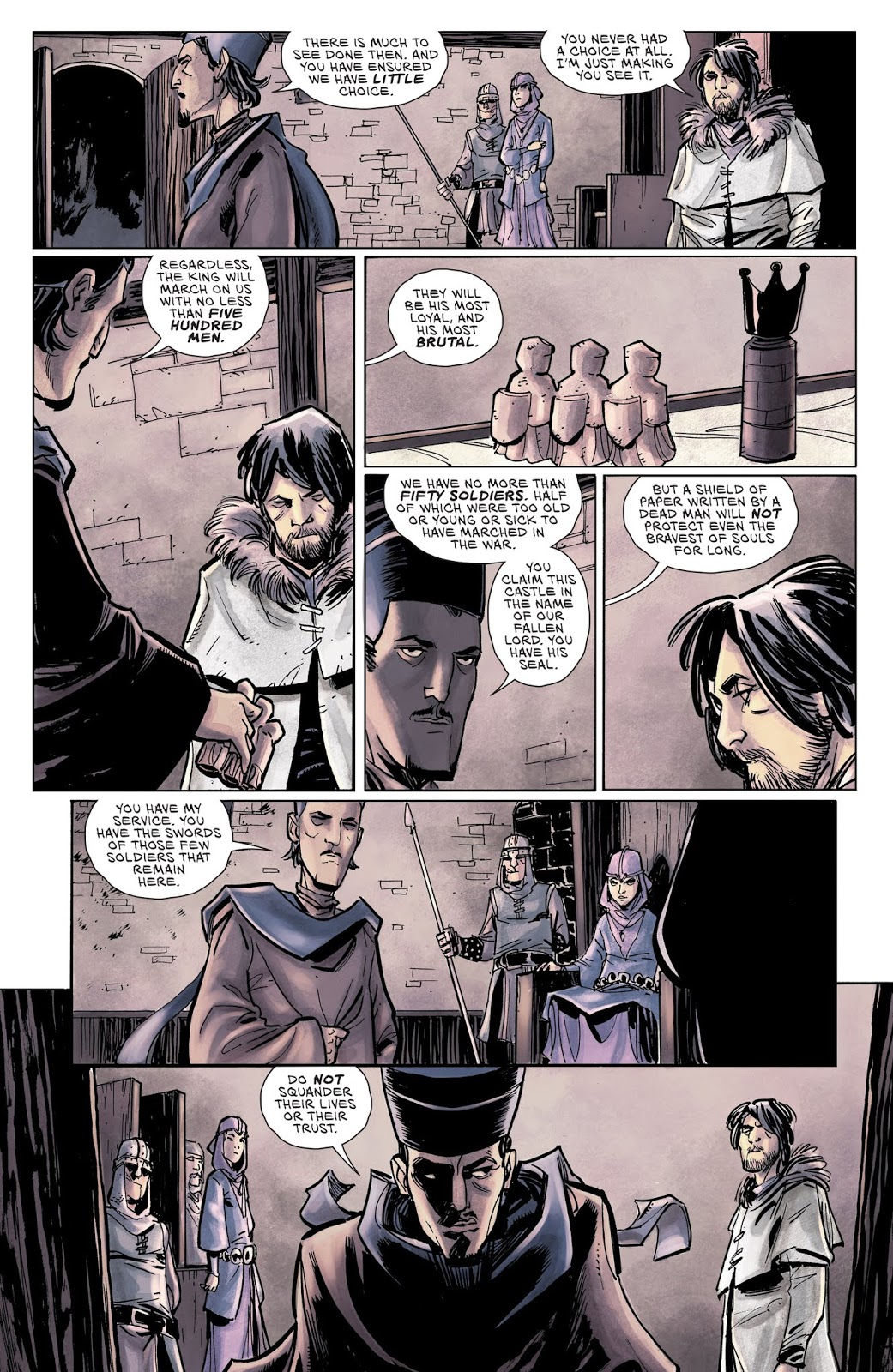 A fine table of excitement is rapidly set by Landry Q. Walker and Justin Greenwood for their medieval thriller. The opening chapter introduces a ruler already dead, politicians discussing marrying his daughter to the local brute to assure safety and the arrival of an Eastern stranger in a Western town. The papers he carries prove his authority and despite the Western King having over-run the known world, war is declared. Justin Greenwood’s sample art shows the odds of success.

While some liberties are taken, made permissible by the vague historical lands, this is largely historical fiction at a time when the advent of gunpowder is about to change combat. Walker plots very tightly, a characteristic shared by his lead character being meticulous in narrowing down the options for an invading army, and he provides a constant commentary on the wisdom or otherwise via two political advisors. Tense situations are given greater levels of anxiety by Walker’s frequent technique of cutting between two simultaneous events on a panel by panel basis throughout such sequences.

Much of the storytelling verve is made possible by Greenwood’s willingness to put the work in. He has a loose way of drawing people, but a strong sense of character design ensuring one can be distinguished from another. Many comic artists try to minimise movement, but not Greenwood, who relishes people clashing with each other, running through the castle and across its roof, and making their way through the woods. It may be doing him an injustice to claim the fixtures and fittings aren’t researched, but they’re convincing, and that’s what matters. A gloomy one-shade colour wash can kill a graphic novel, but Brad Simpson’s subtle variations on that serve the era well, and he comes into his own on a background sequence.

Walker’s revelation of how the primary opponents connect is wonderfully told, with Greenwood altering his style to ensure it’s memorable, and The Last Siege switches with that into a second act. There’s more than a little of Clint Eastwood’s cinematic loners about the mysterious lead character, the man who arrives in town, scorns the cowards, and sets an example by his presence even if beaten down. Moving that scenario back five hundred years is effective.

Because much of the story is dialogue and caption-free it’s a relatively quick read for an eight chapter graphic novel, the penultimate chapter being all spreads quickening the pace further. For all that, it’s also a satisfying read, with a fantastic, inspirational ending, the type of story you’d expect to see in a European album not from American creators. 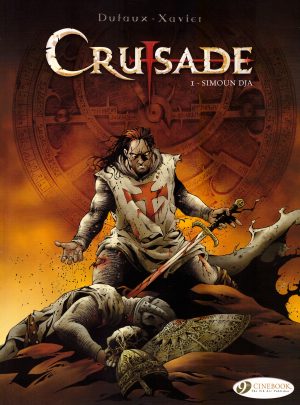 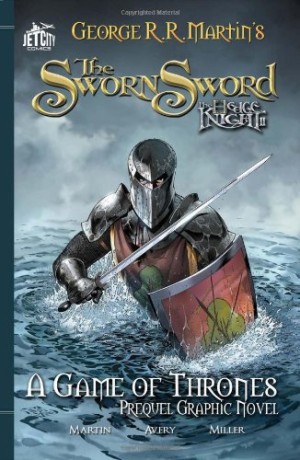 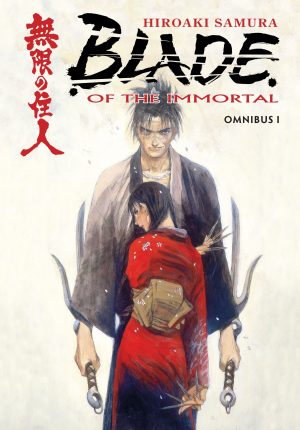