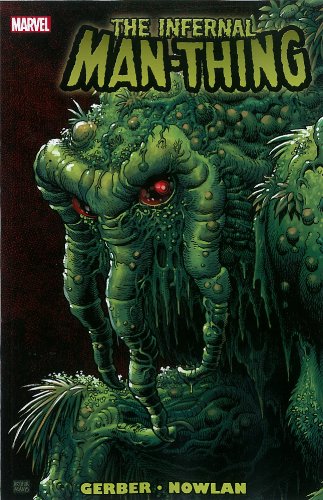 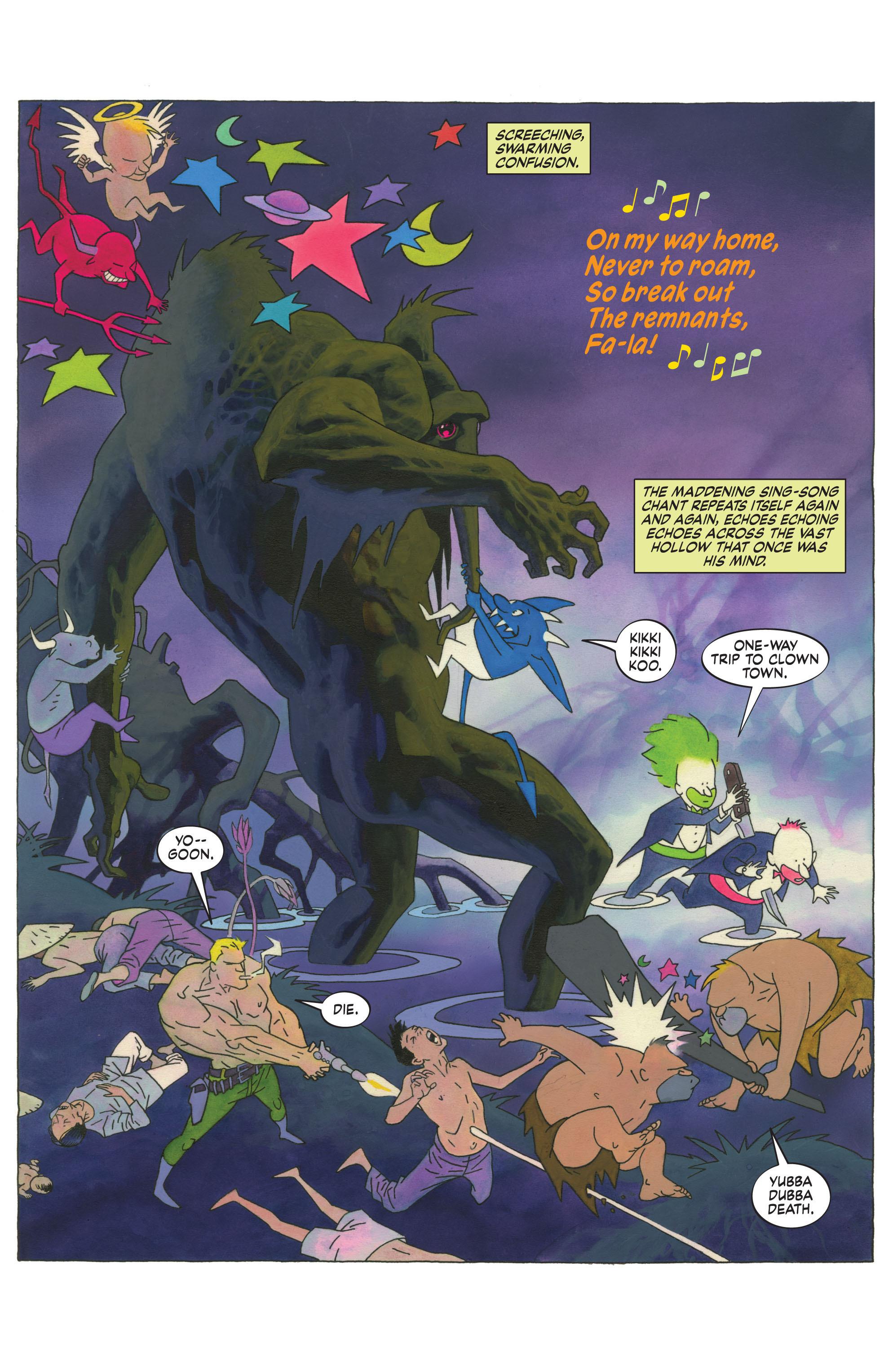 What a strange genesis this story has. In the 1970s when writing about Marvel’s Florida swamp monster Man-Thing, Steve Gerber used a more obvious than usual personal stand in named Brian Lazarus in a story titled ‘Song Cry of the Living Dead Man’. As it’s so intimately connected with the later material it’s conveniently reprinted here. It’s presumably to do with contextualising what was by 2012 a little seen character that Man-Thing’s origin by Gerry Conway and Roy Thomas is also included. It has the benefit of adding a third fine artist to the package in Gray Morrow. Drawn by John Buscema, Gerber’s original cry from the heart concerned the stifling of creativity leading to any appreciation of beauty being expunged in a writer.

When Gerber settled his decades long argument with Marvel a project he wanted to work on was a sequel to that story, and Kevin Nowlan signed up as artist. Unfortunately, as Ralph Macchio’s introduction explains, the decision to paint every page meant not just a delay of months, but of years. Gerber had died by the time the comics were released.

Lazarus, thought to have shed his demons, moved to California and began a career in animation as Gerber had done, and ended up just as disenchanted with the lack of imagination and the prioritising of short term interest, just as Gerber had done.

Nowlan’s art is stunning, with the exception of an extremely mis-shapen Man-Thing, based on the familiar version, but exaggerated to extremes, with the head far smaller, placed lower and almost geometrically shaped, with the hump raised. The later nascent muscular definition ties into the plot. The redesign is an odd alteration serving no great purpose, but when it comes to mixing comical cartoon characters into the real world, and defining the remainder of that world, Nowlan is exceptional. Based on his career path to date we’re unlikely to see him ever attempt work of this length again.

Lazarus’ story is a self-flagellating morass of symbolism on Gerber’s part, with enough to keep any analyst busy for some considerable time unpicking the analogies. The asylum in the swamp is presumably Marvel Comics, and Lazarus returns due to a deteriorating depression. Gerber wrote the first Lazarus story as a relatively young man, and however downbeat it was, youth meant change was possible. This is the work of a middle-aged writer finding himself in the same place as all those years previously, yet in his own mind, having achieved almost nothing, in fact having deluded himself regarding the hope all those years previously. Lazarus was always tormented by his own mind, and it’s now killing him.

Perhaps the oddest aspect is that while Gerber’s 1970s comics have stood the test of time, Infernal Man-Thing isn’t as successful. It’s too abstruse and the self-pity of the original has become an incessant whine. Man-Thing is peripheral to events, encompassed without being embraced as he experiences what Lazarus is experiencing, and the nagging voice of sanity as represented by former dancer Sybil Mills is the sole sympathetic character.

It’s comforting to know Marvel can still publish something as plain wacky as Infernal Man-Thing, but as epitaphs go, this isn’t the best. 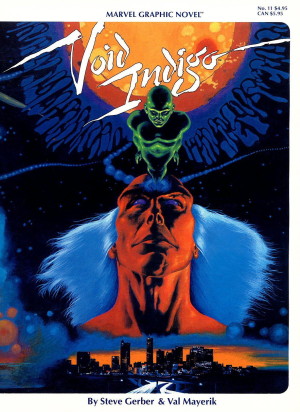 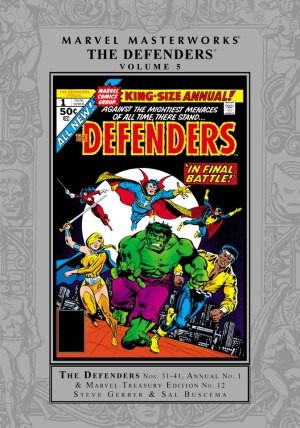 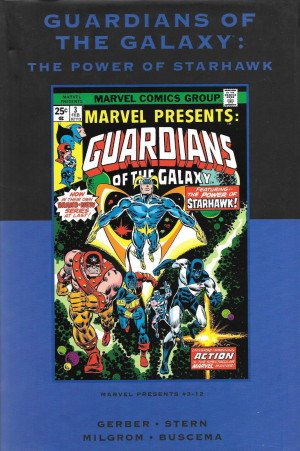