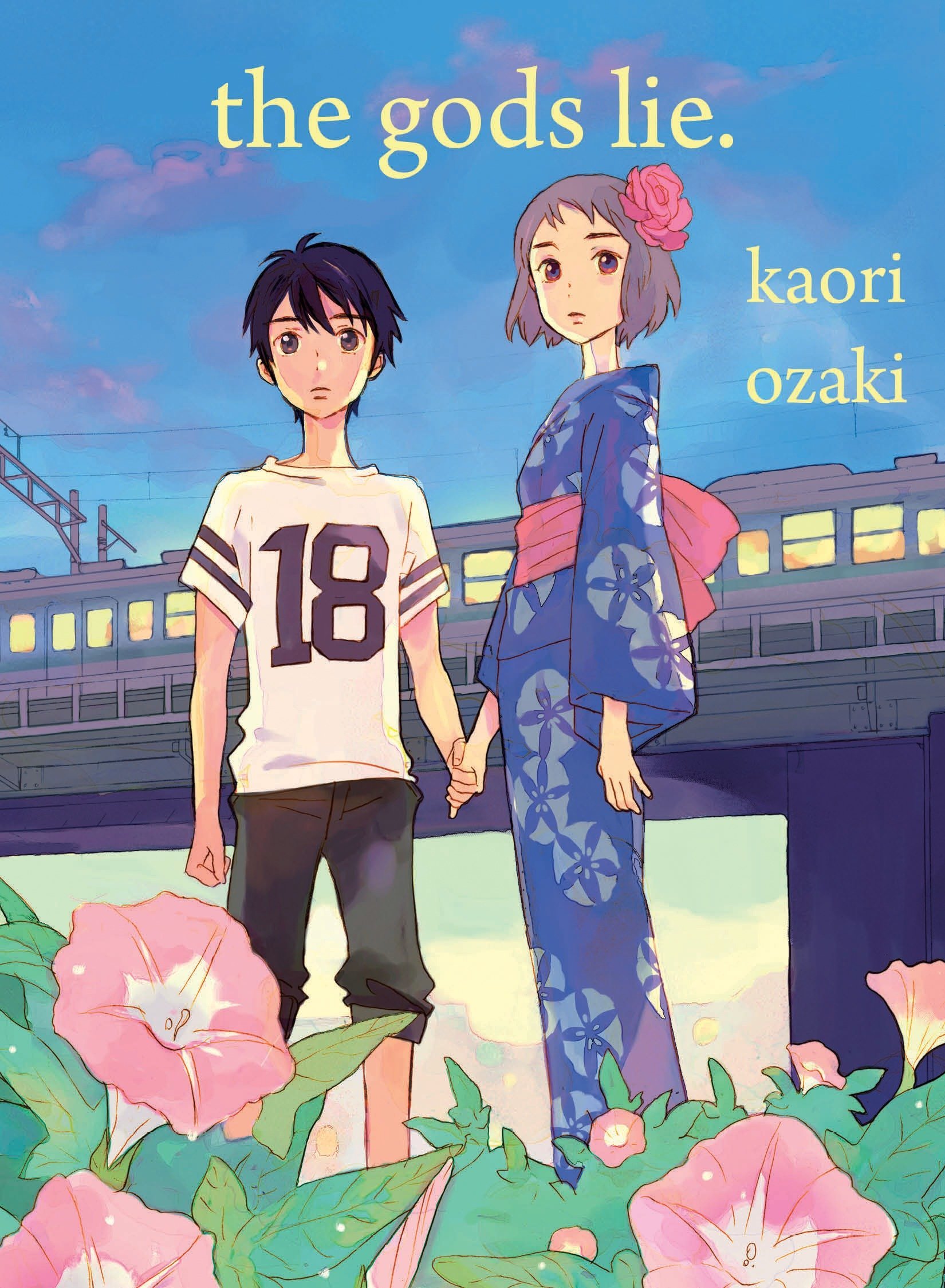 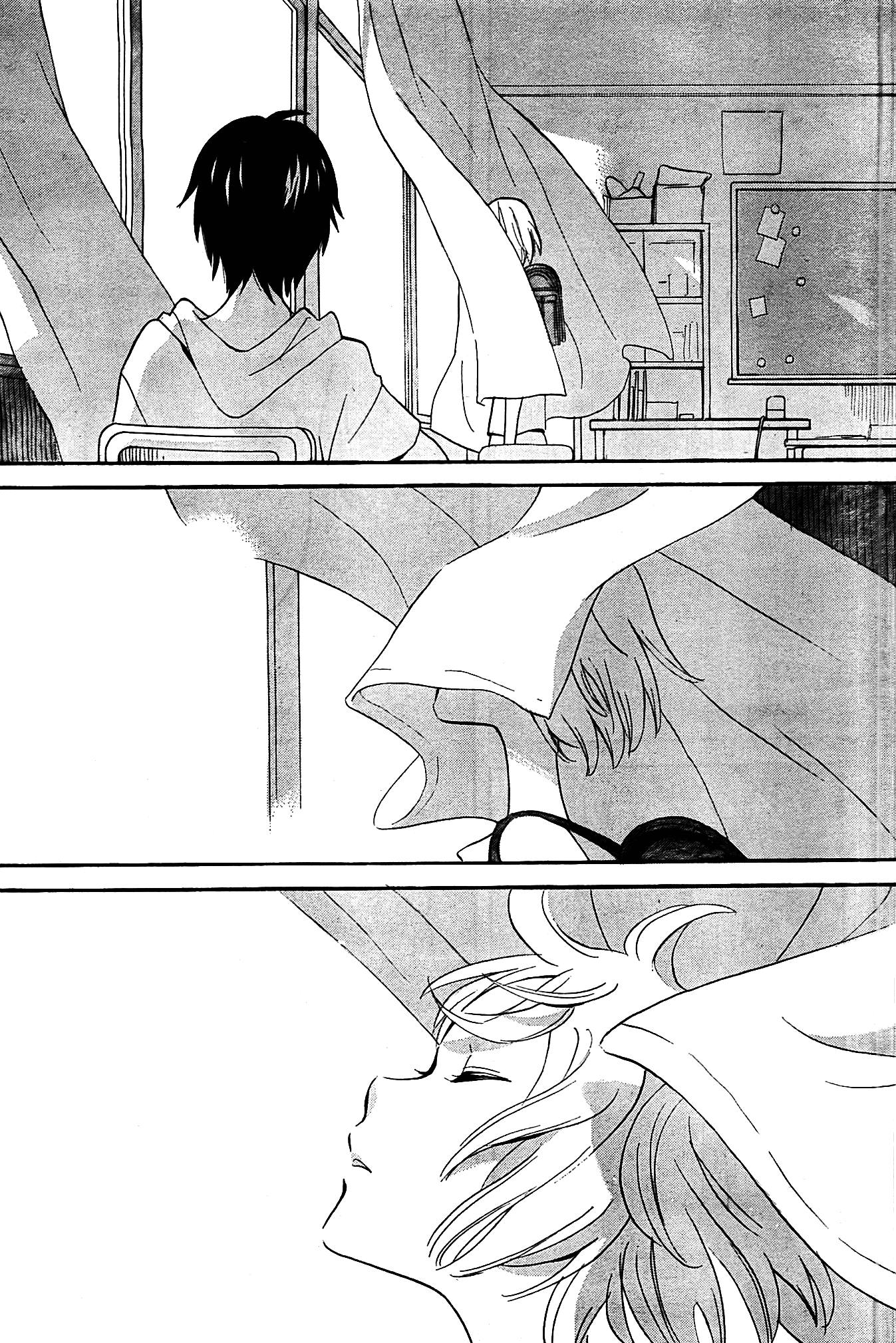 The Gods Lie is a tender coming of age story about two young teenagers growing closer through the summer. Natsuru Nanao is a typical eleven year old boy, actually caring and considerate, but like most boys of that age frequently needing things spelled out before he notices. What he has noticed is that classmate Rio Suzumura is filling out, and he’s stuttering and embarrassed in her presence, the sample art showing him really noticing her for the first time. Shortly afterwards Natsuru learns Rio lives without parents, caring for her younger brother. Should anyone discover this they’d be taken away to an orphanage. Her presence and situation preys on Natsuru’s mind to the point where instead of heading to football camp, he remains in town, deceives his mother and stays with Rio and her brother.

Kaori Ozaki unfurls a real heartbreaker with The Gods Lie, beginning in innocence, moving to idyl and then turning things dark. She paces the story beautifully, deceiving readers into thinking it’s heading in one perfectly acceptable direction before providing the twist, yet her characters remain consistent throughout, dealing with everything as eleven year olds would, never considering the realities. As the secrets they have to keep accumulate, the tragedy unfolds, Ozaki keeping her illustrations simple, but pouring the emotion into the children’s faces. Every reader knows that what Natsuru and Rio are doing can only last in the short term, and Ozaki plays on that knowledge, prolonging the happiness, postponing the inevitability, and providing another turn of the screw for Rio.

Ozaki doesn’t strike a wrong note until just before the end, as it’s only with the final couple of dozen pages that The Gods Lie disappoints. Thankfully, she doesn’t resort to a Hollywood ending, but the story calls out for something more imaginative than what’s provided, which is a sort of meander to the finish line. Tears may have been shed before then, though, and that emotional resonance makes The Gods Lie a story to explore. 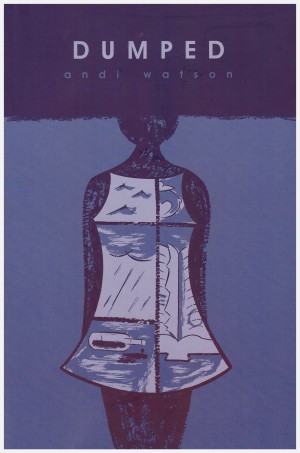 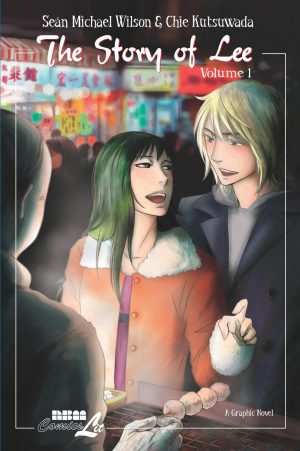 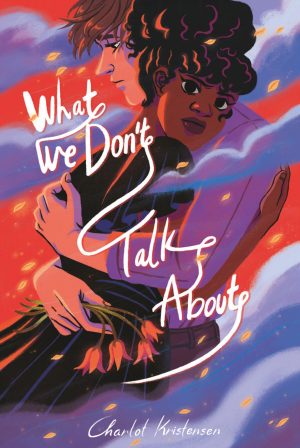