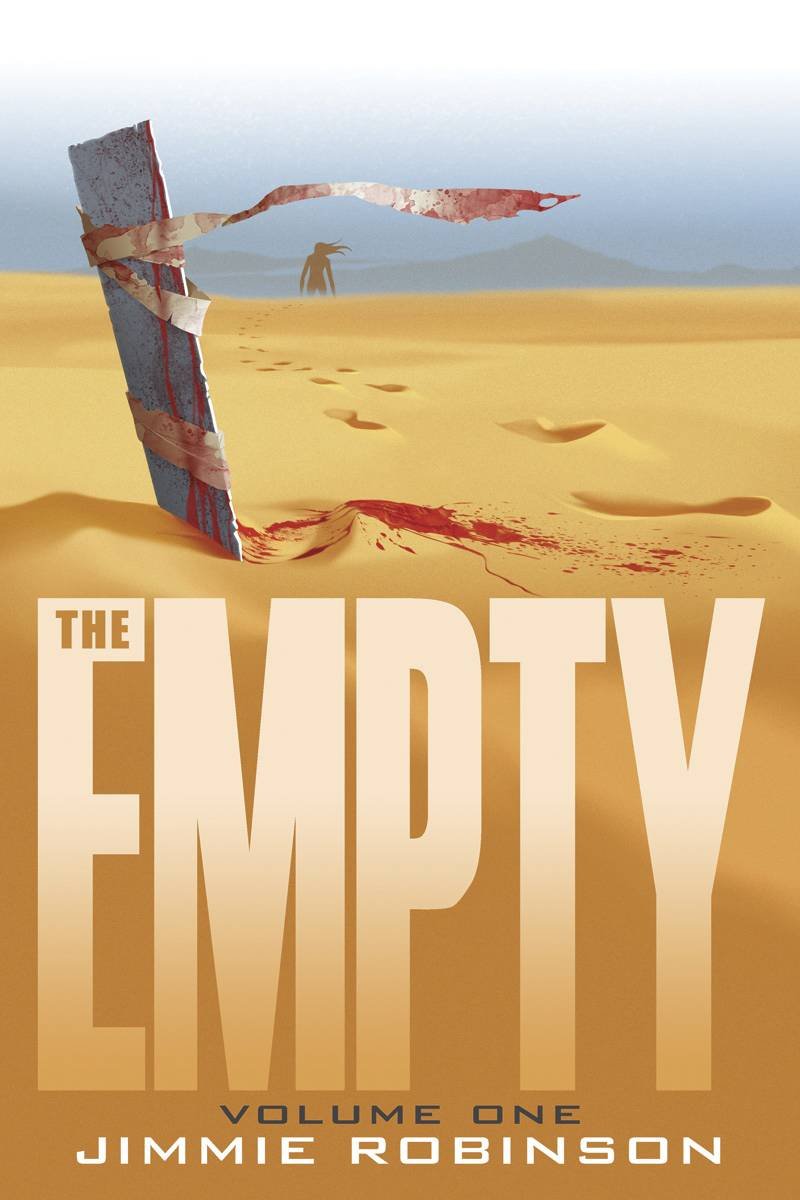 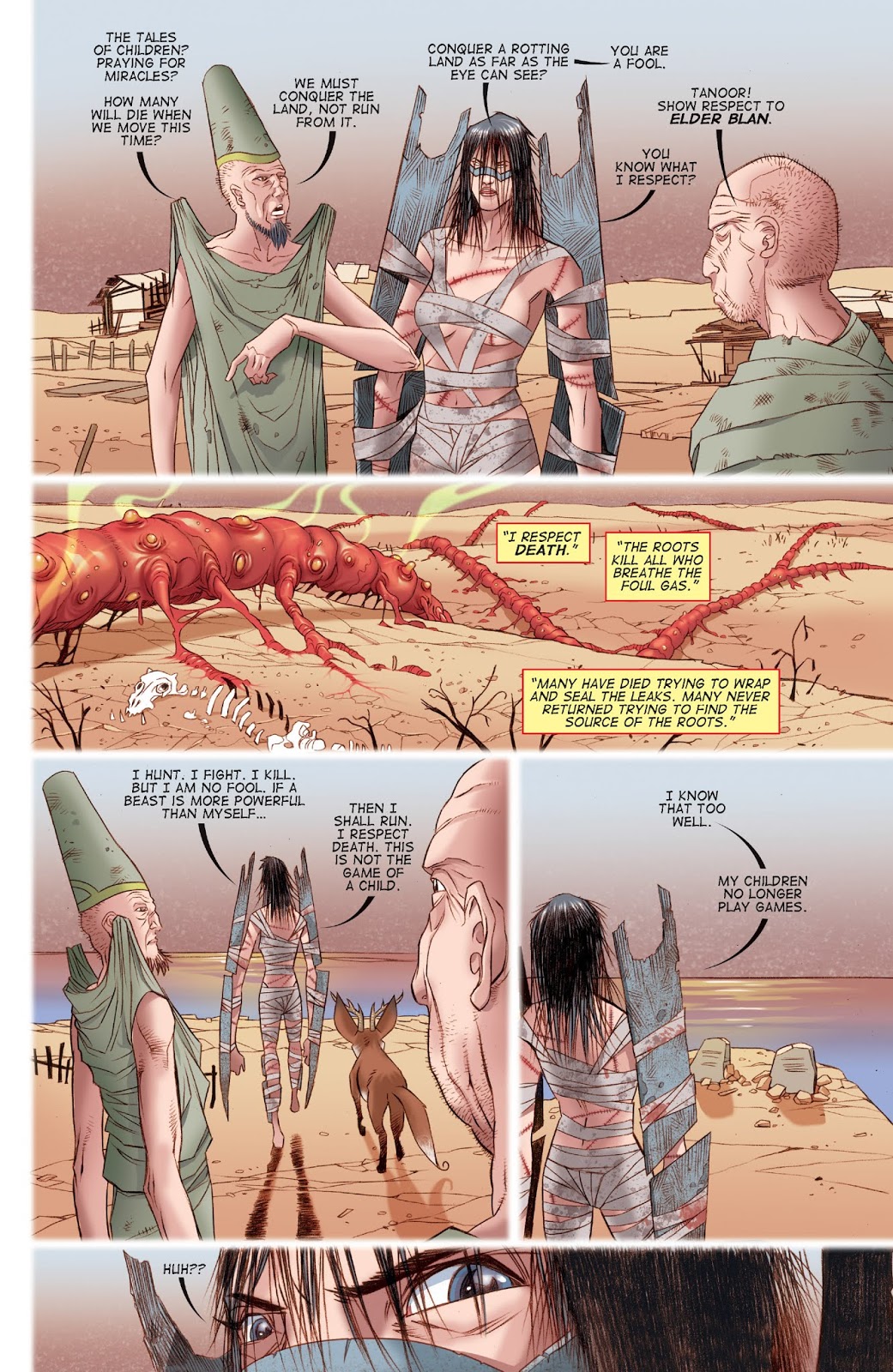 Tanoor is the hunter for a shoreline desert community only just surviving on a harsh planet. It’s infested with sprawling roots that emit poisonous gasses, and no-one has ever returned from expeditions to follow them to their source. New hope arrives when Lila is washed up on the shore, and speaks of a harmonious agrarian community farming green land.

The Empty is a heavily allegorical fable, passing on that life would be better if we all applied a little more tolerance and took better care of the planet. Tanoor and Lila are designed to look different from standard humans and from each other, and each has highly honed talents that could benefit a wider community. Lila can make plant life blossom simply by touching it, and of relevance is that she can also absorb language, while Tanoor’s hunting skills have been learned at a cost mapped by the scars on her body. That’s an indication of the thought Jimmie Robinson has applied in building this world, much of which is visual, such as the use Tanoor has for the boards almost permanently strapped to her arms. Later co-operation is forced, but understanding is generated, and the longer Lila and Tanoor’s journey continues, the more allies they make, all with the greater purpose of destroying the roots.

Robinson successfully pitches The Empty at a young adult level, with a cast easily related to, and if this means some lack of subtlety the compensation is his imagination and the fast pace. Although the basis is people on a journey, each successive episode shifts the ground slightly, and always hovering in the background is why Lila is absent from her own community. His cast designs have a visual incompatibility to accentuate the idea of getting along, and while the necessary emotions are conveyed, Robinson otherwise keeps the illustrations relatively simple. Because he controls every aspect of the artistic process the result is an appealing fusion of line and colour.

A prominent cover labelling of “Volume One” is puzzling as a complete story is told here, yet because there is no second volume it’s a natural assumption that The Empty is an incomplete series. The cast and world are constructed well enough that future stories could be told, but that isn’t really required. In the final chapter Robinson delivers a nice counterpart to the opening chapter, entitlement replacing superstition as the prevailing mood, and overall there’s imagination, delight and tolerance to be found here, well worth reading. 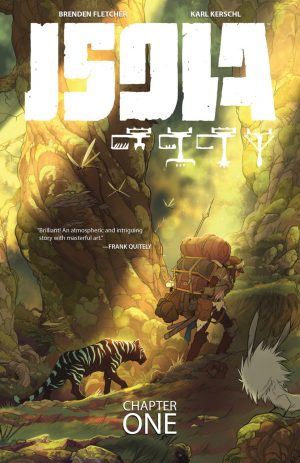 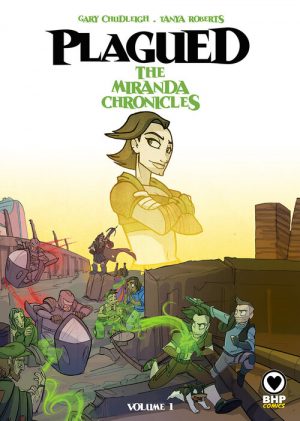