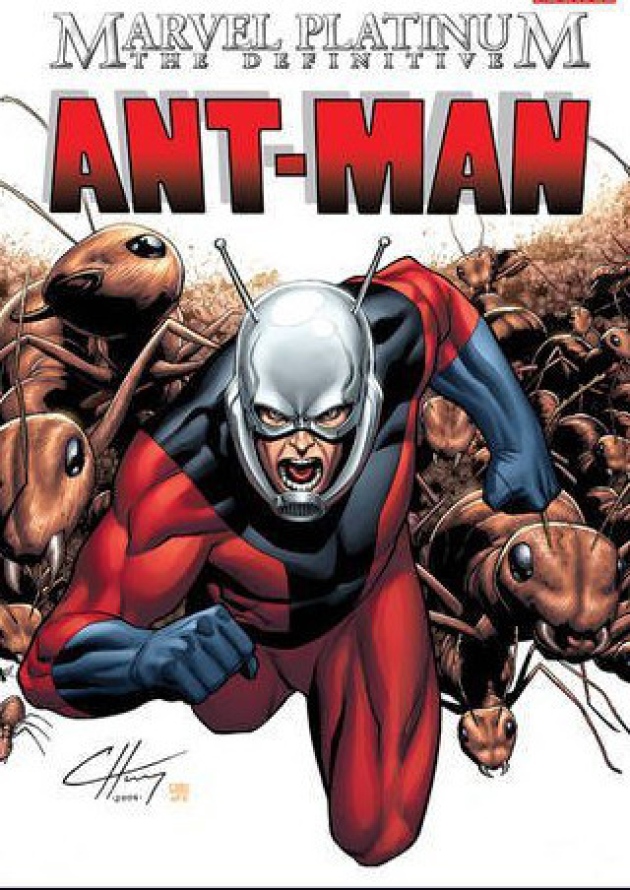 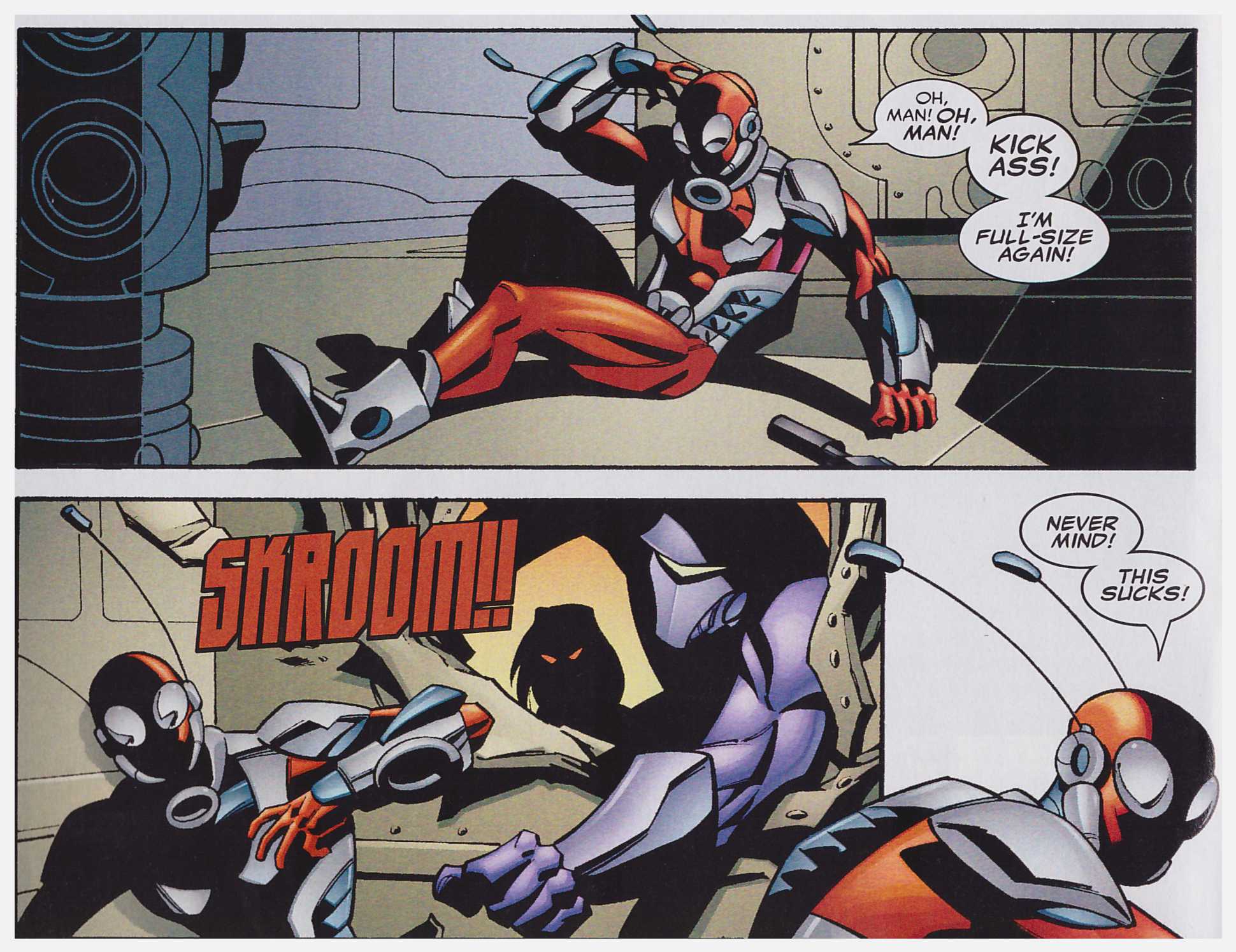 There must have been some scrabbling around Marvel’s editorial department when it was announced Ant-Man was to be the star character in a film. Ant-Man has only once sustained twelve consecutive issues of a title since the early 1960s, and much of his material has been pedestrian. That the 1980s Scott Lang iteration was selected for the movie version made the job of constructing a collection to accompany the film all the more difficult, as he was a perennial guest star never popular enough for a solo series.

Confronted with the quality of Ant-Man material available, whoever compiled this anthology made the sensible decision to focus on all iterations of the character, and not just to limit themselves to Hank Pym’s time as Ant-Man. The best art therefore, is provided by John Buscema as Hank Pym suffers an emotional breakdown, assumes the new more charismatic identity of Yellowjacket, and has his wedding to the Wasp gatecrashed by a dodgy firm of caterers familiar to Marvel readers. Just as well most of the Avengers are on hand for the nuptials. In introducing the mental instability Roy Thomas gifted his successors with a club to beat Pym with for decades.

How Scott Lang became Ant-Man is slightly stretched over two well-drawn chapters by John Byrne. The movie is relatively faithful to this material in which former criminal and electronics engineer Lang needs to take on Darren Cross, but the comic version supplies the extra emotional twist of his daughter requiring expensive medical treatment. As written by David Michelinie it pushes the right buttons, and is far better than the follow-up as Lang teams with Spider-Man.

The earliest material is by Stan Lee and Jack Kirby, first shamelessly adapting The Incredible Shrinking Man as one of their standard horror shorts, then retroactively naming that character Hank Pym and introducing Ant-Man. Both tales are of their time. As is, to some extent, the reprinting of the 2001 Avengers annual in which Pym’s emotional instability recurs. Concluding the puzzle running through the regular title of which of two Hank Pyms was genuine, Kurt Busiek revisits old territory without improving on it.

With Ant-Man long dormant, Robert Kirkman seized on the concept in 2005 to have the morally corrupt S.H.I.E.L.D. trainee Eric O’Grady steal the Ant-Man suit almost by accident. It’s a clever re-working, with Phil Hester’s packed layouts (sample art) and the sleazebag O’Grady a good combination. O’Grady’s presence also enlivens the longest tale here written and drawn by Tim Seeley, in which for reasons explained, Hank Pym is now the Wasp. This was previously available as Ant Man & Wasp: Small World.

The book closes with what’s surely the most rapid reprint in book form ever. It’s the first issue of Nick Spencer’s Ant-Man series, released to ensure some Ant-Man in the comic racks when the movie appeared, and published only two months before the book. As the introductory chapter of a new series it works well, re-establishing Scott Lang, cementing his character amid a decent plot about him attempting find work. The continuity police weren’t happy at a sloppily contrived resurrection central to the tale, but standing alone it‘s credible and entertaining, with Ramon Rosanas’ refined storytelling cementing the deal.

Those possibly confused by the multiple identities of Ant-Man are guided through by Mike Conroy’s well-researched article.

Sadly, Ant-Man’s best tale is absent. Written by movie scriptwriter Bob Gale and spectacularly illustrated by Phil Winslade, the good humour and gags of Ant-Man’s Big Christmas are worth searching out. 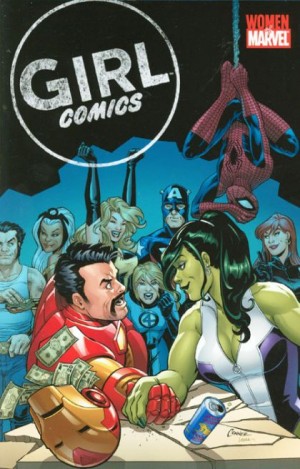