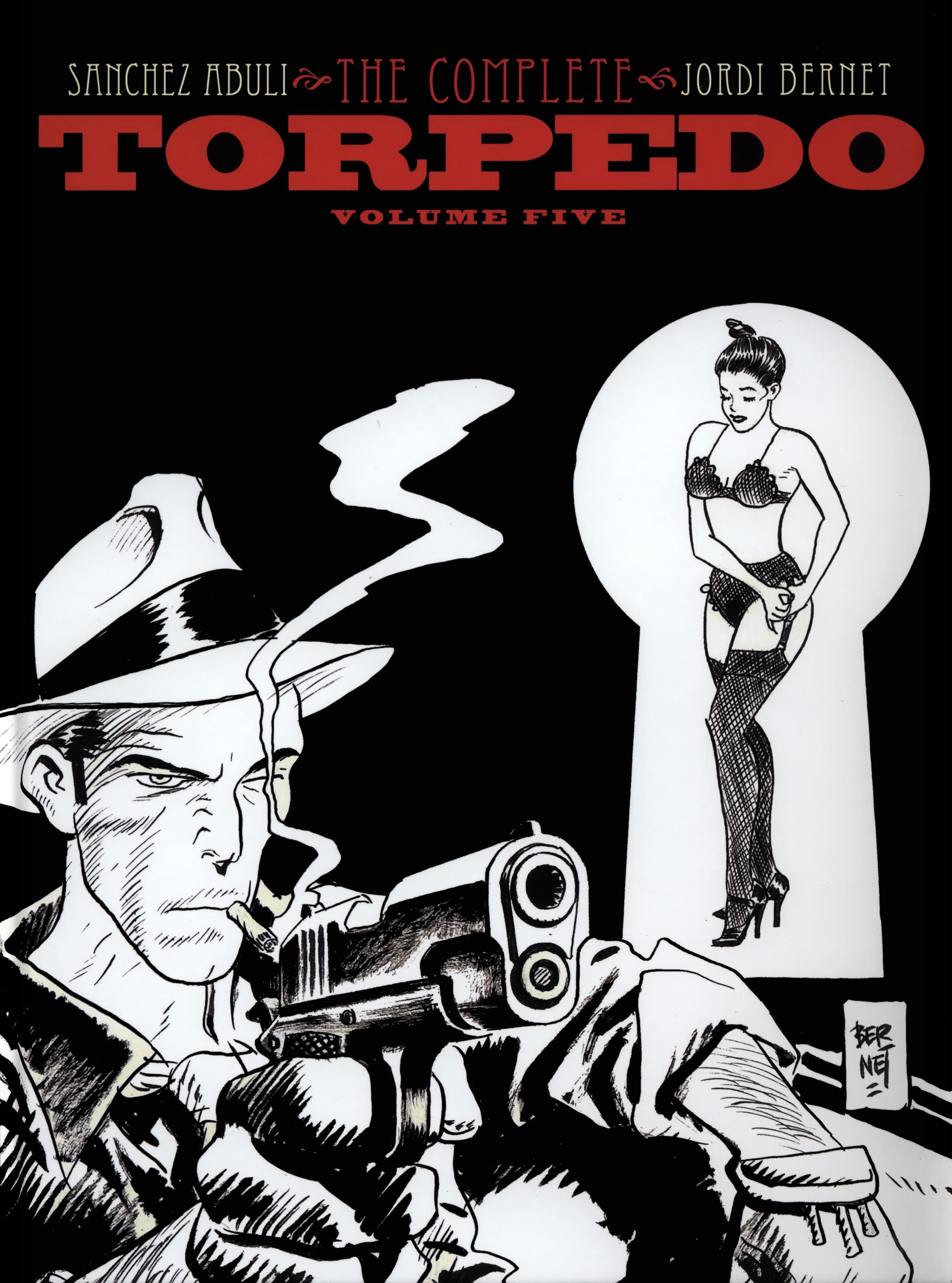 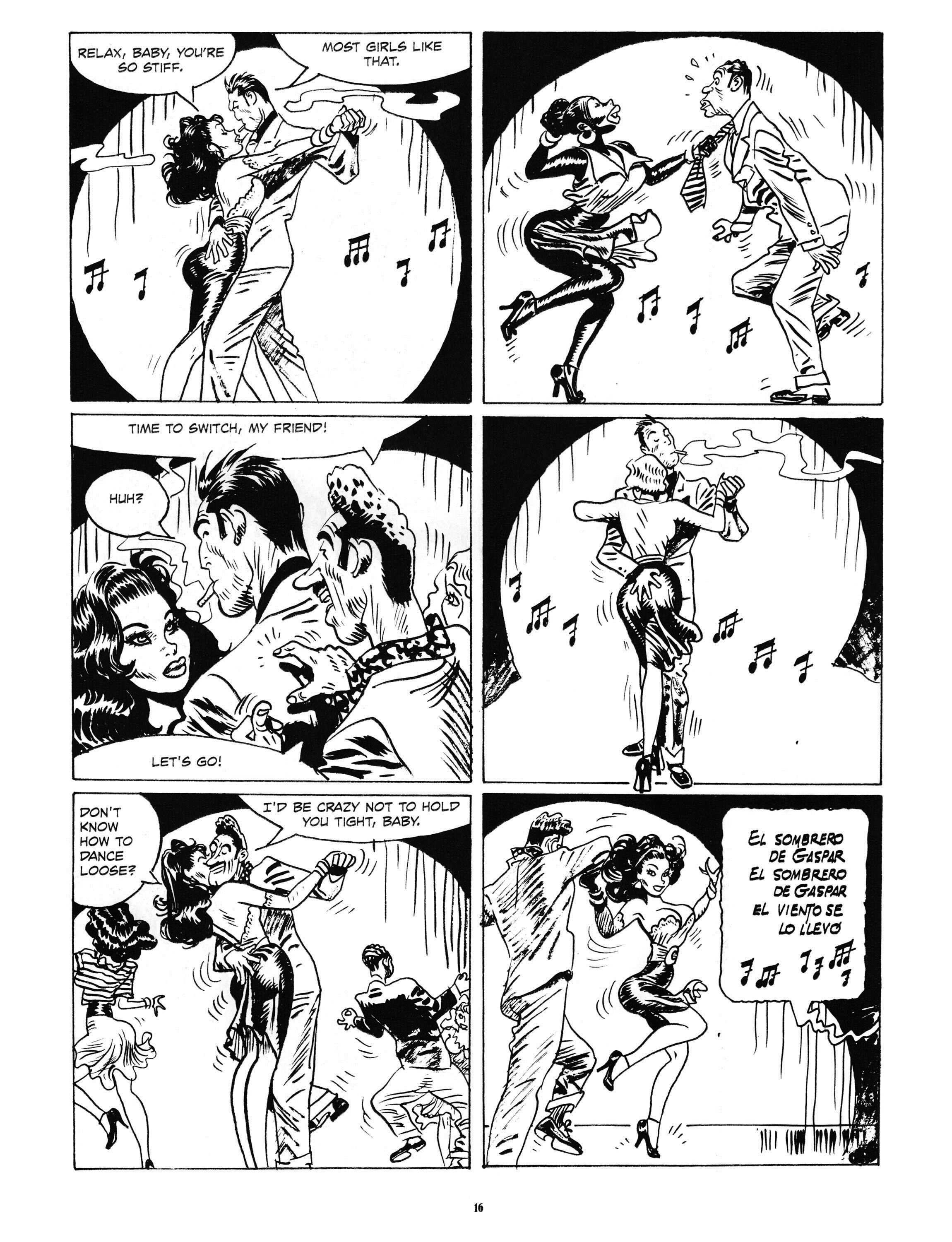 ‘Cuba’ has Torpedo and Rascal sent to Cuba to kill a gangster who’s been spreading unsavoury rumours about his former patron, and predictably enough this proves more difficult than assumed. Nice touches include Bernet drawing all the gangster’s henchmen exactly the same, as a sort of more refined Beagle Boys or Dalton Gang, and a good ending, but they’re more than countered by the unpleasantness of a gratuitous scene of Torpedo beating up a woman and raping her. Similar scenes have featured in earlier books, but not extended to this length. Beyond that, the story is bitty, with other scenes also extended too far and not as inventive as usual until the final few pages.

There’s more offensive content in ‘Revengeance Day’, in which Torpedo solicits the help of a child abuser to molest a child, then asks two lowlifes to rape a woman. It’s a Torpedo story, so things don’t go to plan, but it can hardly be an uncommon view that some subjects are beyond joking about. This farce is more tightly plotted and works better than ‘Cuba’ as an extended story, but still doesn’t match the shorter material.

That’s restricted to four episodes, and again, the creators go the extra mile to ensure offence, with
‘Goodbye Dolly’, in which a crook named Edward Larsen proves irresistible to any woman. It’s the only shorter story set in Torpedo’s present day, with the remainder looking back to his past, first in Sicily as a young child growing to adulthood, then in New York. ‘Pietro’ really drills to the core of who Torpdeo is, relating the first time he realises his own capabilities and what he can get away with. It is, however, also unpleasant and lacking the humour that normally balances the violence, which could also be said about the others set in the past. Matched with the remainder of the content, it seems Abulí had run out of fresh ideas, which is no disgrace considering the level of quality entertainment provided in the earlier collections.

The drop-off doesn’t affect Bernet, who if anything has become even more detailed in his loose style, slathering the black ink with abandon and glorious with character and movement. He also provides a beautiful sketched portrait to introduce the brief biography section.

Think carefully how likely you are to be offended, and whether or not you need almost all Torpedo stories before buying this jump the shark collection. 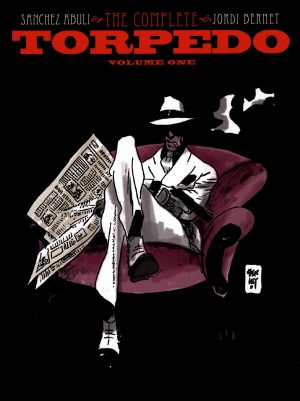 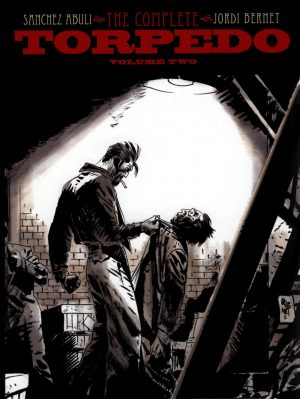 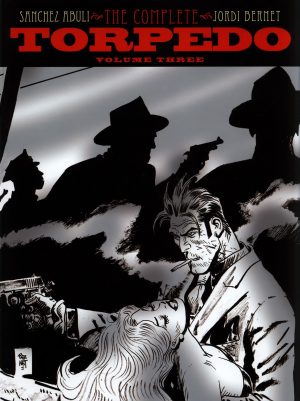 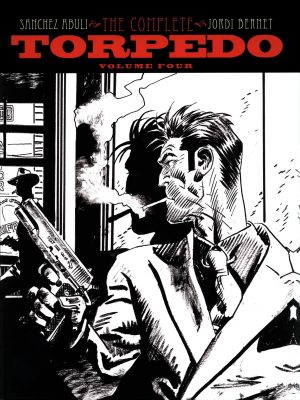