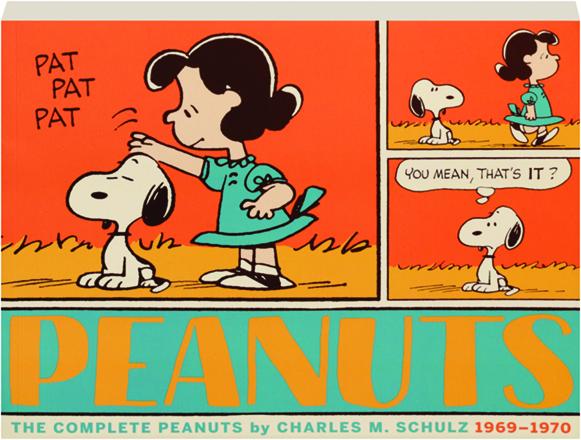 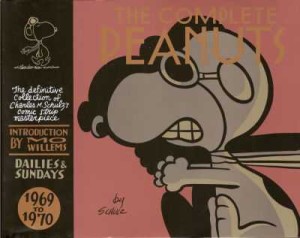 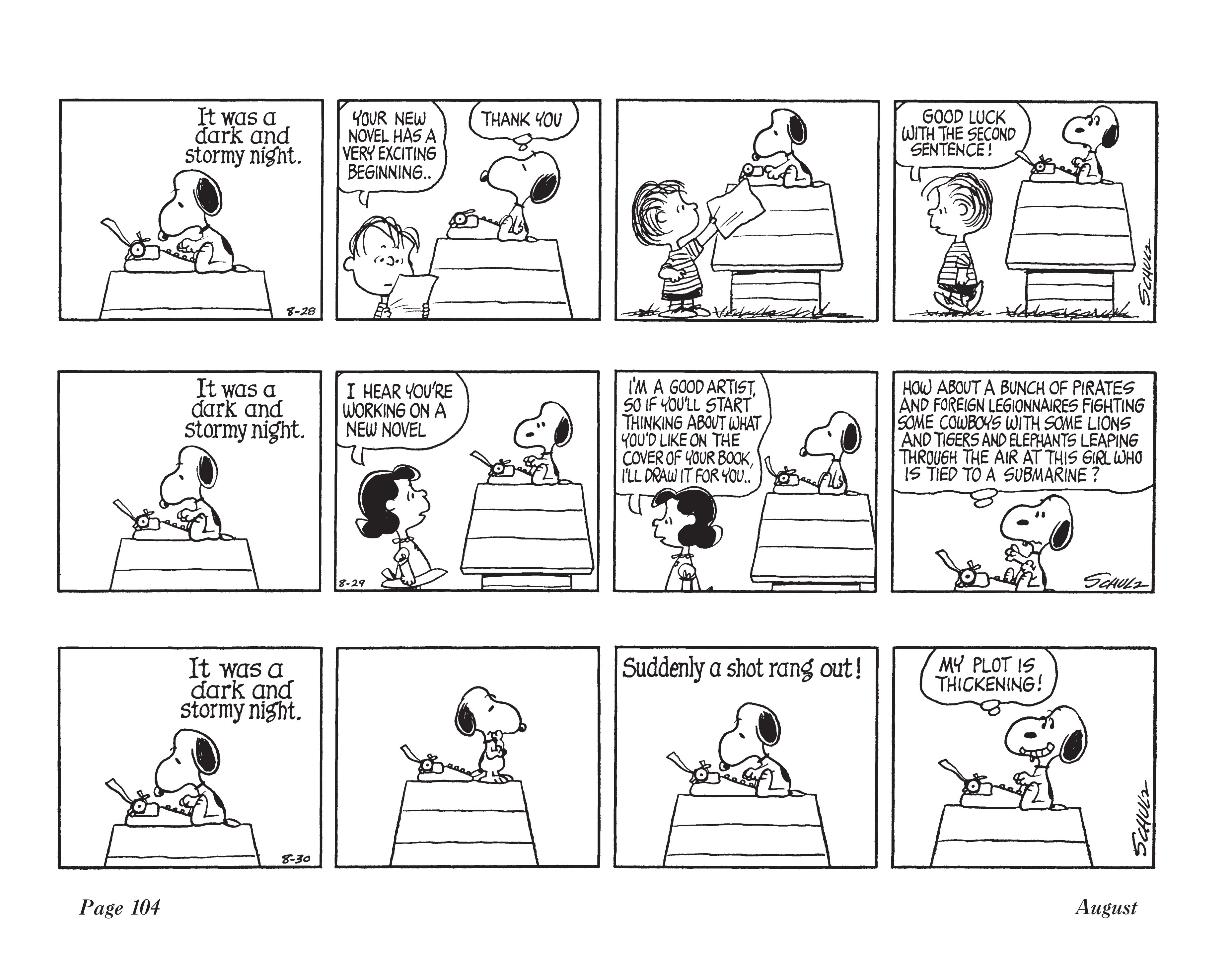 In the tenth volume of 25 collecting Charles M. Schulz’s supreme newspaper strip, Snoopy continues his reign in the number-one character spot. He completes more missions as the World War I Flying Ace, plays hockey, continues writing his novel, and becomes the World Famous Grocery Clerk. Frieda continues to pressure him to act like a real dog and chase some rabbits, and when he doesn’t comply she takes his case to a higher authority: the Head Beagle. He recovers from this terrible situation to become first beagle on the moon: “You can tell I’m returning because I’m facing the other way” and introduces another alias, the shades-wearing, easy-living Joe Cool.

The other momentous event of these two years takes place on June 22 1970, when Snoopy’s vast number of bird friends is distilled down to one regular player: “I finally found out what that stupid bird’s name is… you’ll never believe it.. Woodstock!” It’s the beginning of one of the most enduring partnerships in comics history. Peppermint Patty tells them vampire stories and the pair are too scared to sleep. Another Peppermint Patty storyline sees her forced out of her sandals by the new dress code at her school. Franklin says “Any rule that would make a girl cry would have to be a bad rule!”

Elsewhere, the little red-haired girl moves away and Charlie Brown is devastated, there’s a chance for him to meet his baseball hero Joe Shlabotnik, Sally has to write a book report on Abraham Lincoln: “He was the 16th king and married Lot’s wife,” and an exasperated Lucy does something terrible to Schroeder’s piano.

The missing May 1 strip from the previous volume nine 1967-1968 is printed in this volume, and there is a new introduction by award-winning writer/illustrator Mo Willems.