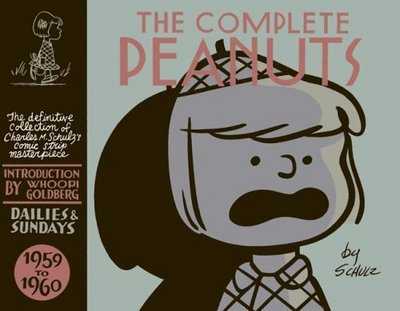 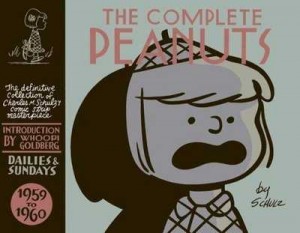 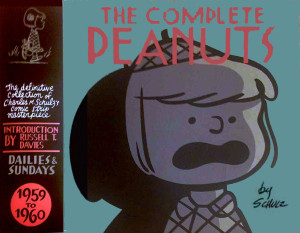 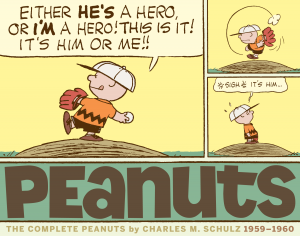 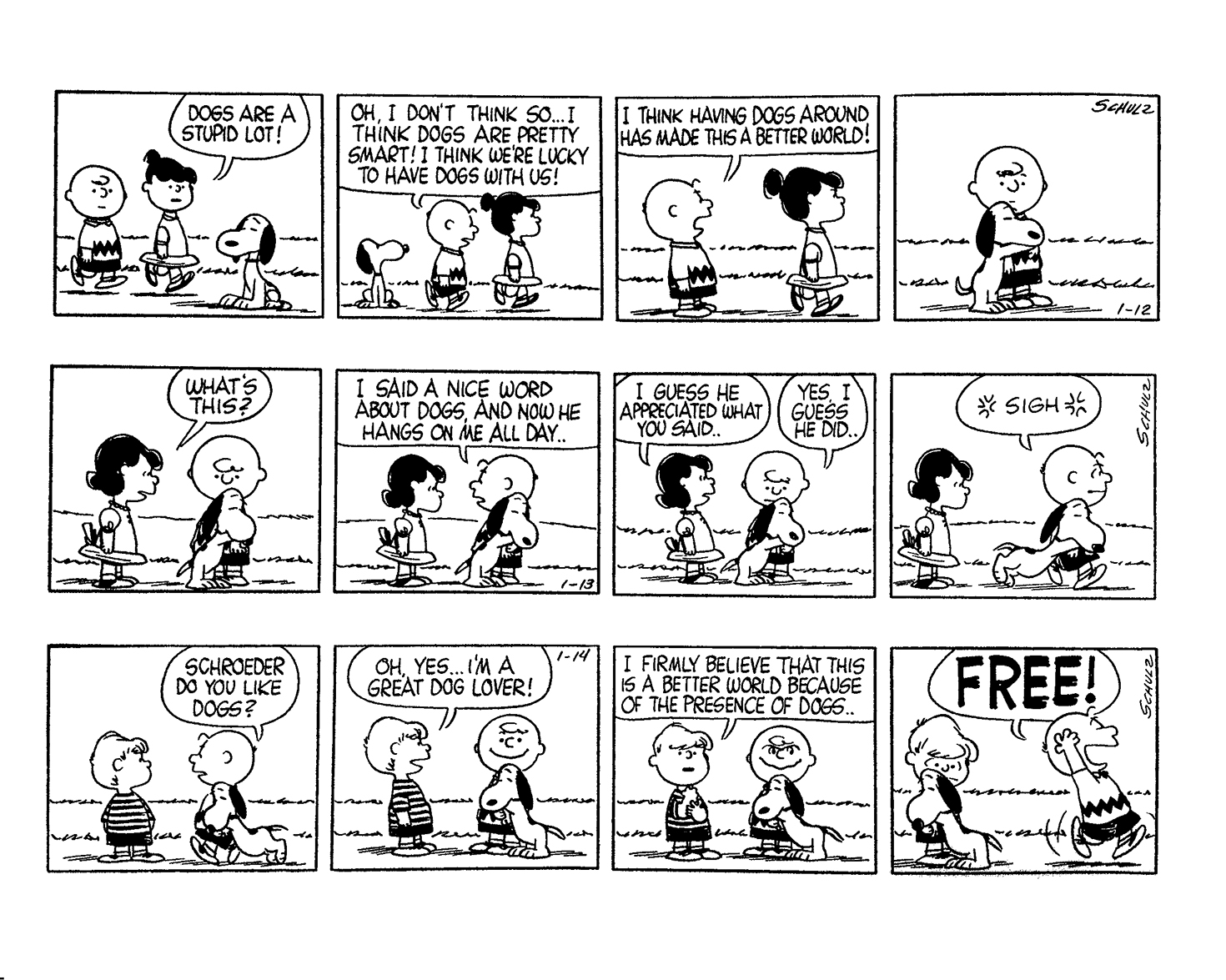 The Complete Peanuts 1959-1960 is the fifth volume of strips by Charles M Schulz reprinting every single daily and Sunday page for the entire run of Peanuts. We have over 100 strips unseen since since their original appearance 50 years ago, with 100 more only collected once in books out of print for decades. So, lots of rare strips for fans to discover here, along with an insightful introduction courtesy of Whoopi Goldberg, who is such a Peanuts fan that she has a tattoo of Woodstock. She talks about meeting Schulz and her understanding of the suppressed anger that emerged in his art. She has other interesting things to say in this transcribed interview, and her theory about Snoopy’s brother Spike is worth reading. But if you have the UK edition of this book then you won’t have the chance because Canongate have replaced Whoopi Goldberg with an introduction by Doctor Who Producer/Writer Russell T. Davies instead, sharing childhood reminiscences with us in a nice but unremarkable substitution. None of the other volumes in this series have different or region-specific content so one can only speculate as to the reason for this change.

Meanwhile, the evolution of the strip continues. Lucy sets up her five-cent psychiatry booth and offers her first counsel to a downhearted Charlie Brown: “Get over it.” Linus spends his first night in the pumpkin patch waiting for the Great Pumpkin, fights off more attempts to separate him from his blanket by Snoopy and the new menace of his blanket-hating grandmother, and falls in love with his teacher Miss Othmar. Snoopy takes up his spot on the top of his doghouse, becomes a boxer, fighting with a boxing glove on his nose and embraces all dog lovers. Charlie Brown passes out chocolate cigars to celebrate the arrival of his baby sister Sally Brown, develops a crush on a little red-haired girl and endures insults from Violet and Patty, the cover star of this Complete Peanuts volume. “I’m sort of a spiritual scratching post for them to sharpen their claws!” he says.

One of the most reprinted Peanuts strips ever features in this volume, involving Lucy, Snoopy, warmth and happiness. You’ll know it when you see it. This is the start of the most celebrated period of Schultz’s creativity and there’s a wealth of brilliant strips to look forward to in the next few volumes. 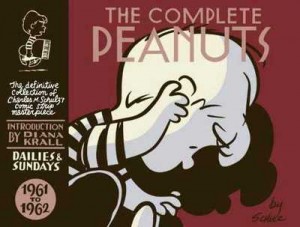 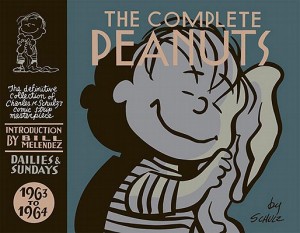 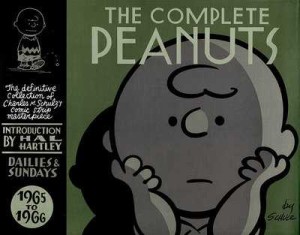 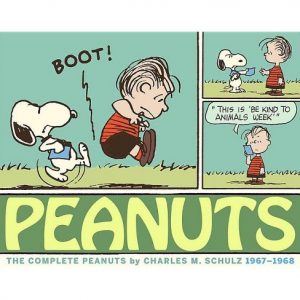