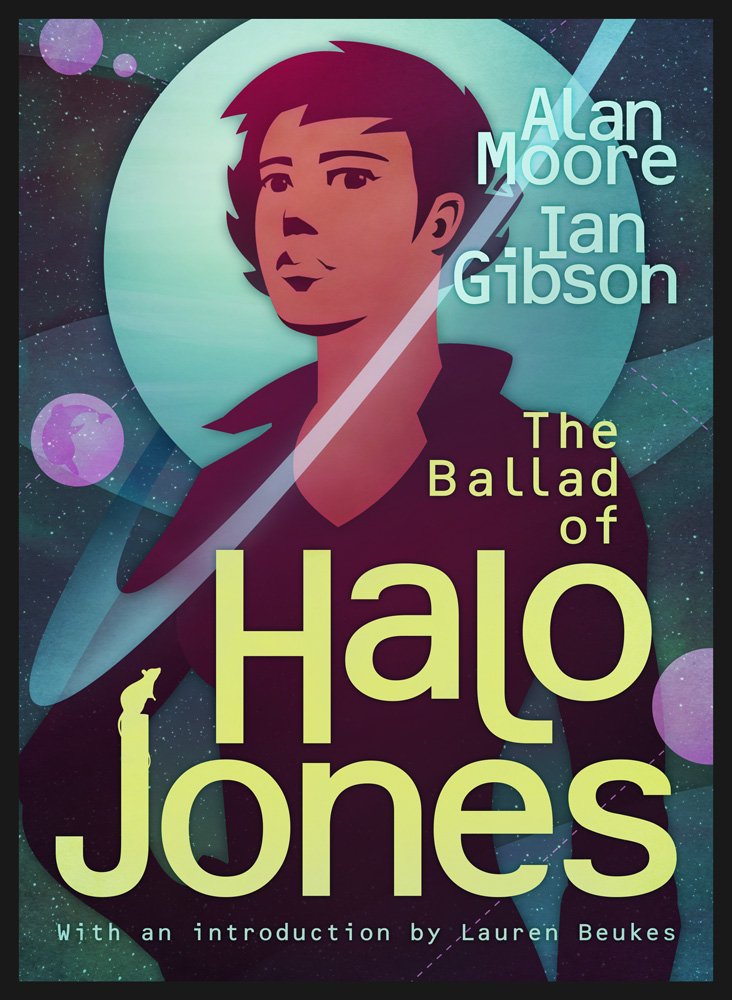 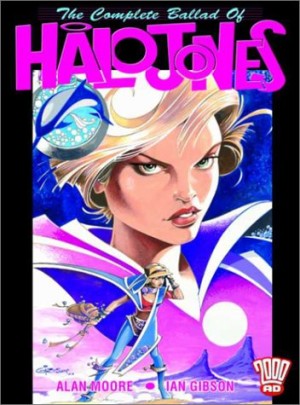 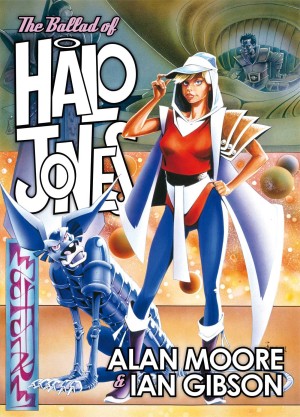 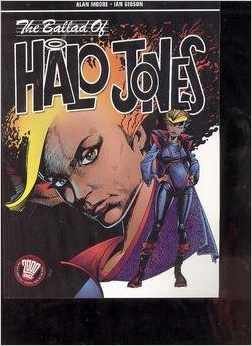 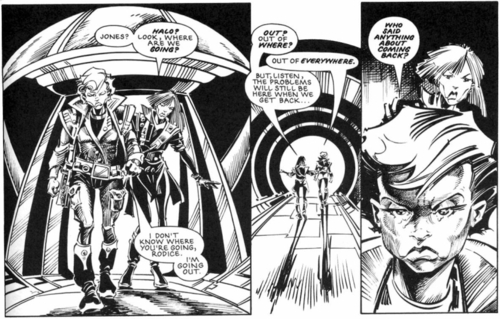 Among Alan Moore’s early work for 2000AD, The Ballad of Halo Jones stands out head and shoulders above the rest for its unique repurposing of girls’ comics tropes, and its creative use of the brief episodic structure necessary for a weekly title.

Set in the 50th century, The Ballad of Halo Jones updates the wildly fanciful sci-fi adventure stories that British girls’ comics occasionally indulged in. It starts off in girly territory, introducing us to Halo and her girlfriends who live in a low-rent housing estate that takes the form of a giant floating ring moored off Manhattan, sketching out their rather empty lives and sending them out on a shopping trip. Only in the 50th century going shopping is all about survival of the fittest, and the Mall is a place of constant threat. In a superb mix of teenage confidence, sassiness and ultraviolence the girls arm themselves to the teeth and set out for supplies. Like American Flagg!, The Ballad of Halo Jones drops the reader into the middle of a chaotic, confrontational and often confusing world and leaves them to work things out from little hints and visual clues.  After a slow start the action is immediately gripping, and Halo a spunky and endearing Everywoman for audiences to warm to.

Ian Gibson’s future is full of spiky edges and sudden action. His very distinctive style gives Halo’s world a rundown, but energetic feel and through his loose and quite electrifying linework you get a sense of the excitement of adolescence felt by the characters. He imbues every short episode with a sense of urgency and moves the story along with a great sense of pace, although his rather restrictive range of facial expressions don’t always convey the subtlety of the storyline.

Halo is a fundamentally hopeful character looking to the future. As the three ‘books’ of her story unfold, no matter what knockbacks she faces, she tries to believe that she can achieve a better life, first by going into space as a stewardess on a liner, then by signing up as a soldier in a seemingly-endless (and pointless) interstellar war, echoing Joe Haldeman’s Forever War series of SF novels, which was very popular at the time. Halo’s belief keeps her going; one of the most heart-rending scenes is the moment she realises none of her friends have been able to break free of their lives on Earth and will not be meeting her among the stars.

In among the overarching story of coming of age, Moore crafts some beautiful individual episodes which are worth studying in depth, particularly in the second volume when the space setting and opportunity for changing cast allows him to demonstrate his grasp of the short story form. Indeed it’s extraordinary to think that the original three volumes run to just over fifty pages each, and a great pity that Moore and Gibson never achieved the nine volume run, to tell the story of Halo’s complete life. A little gem, packed with interesting female characters and beautiful moments.