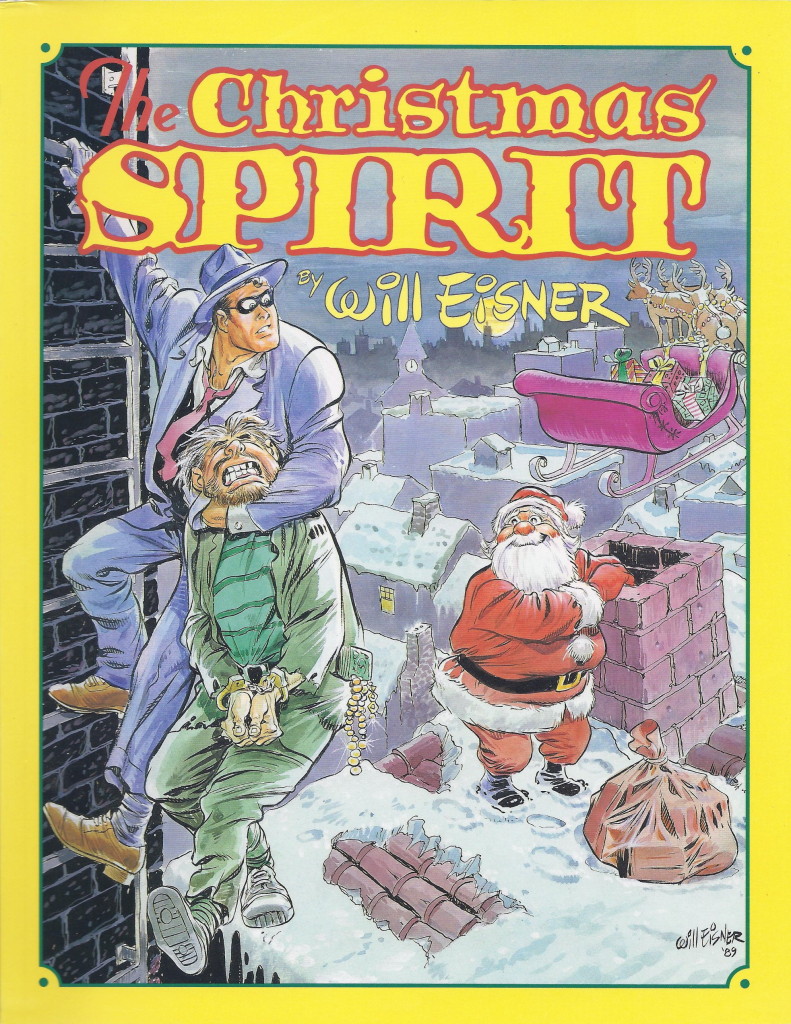 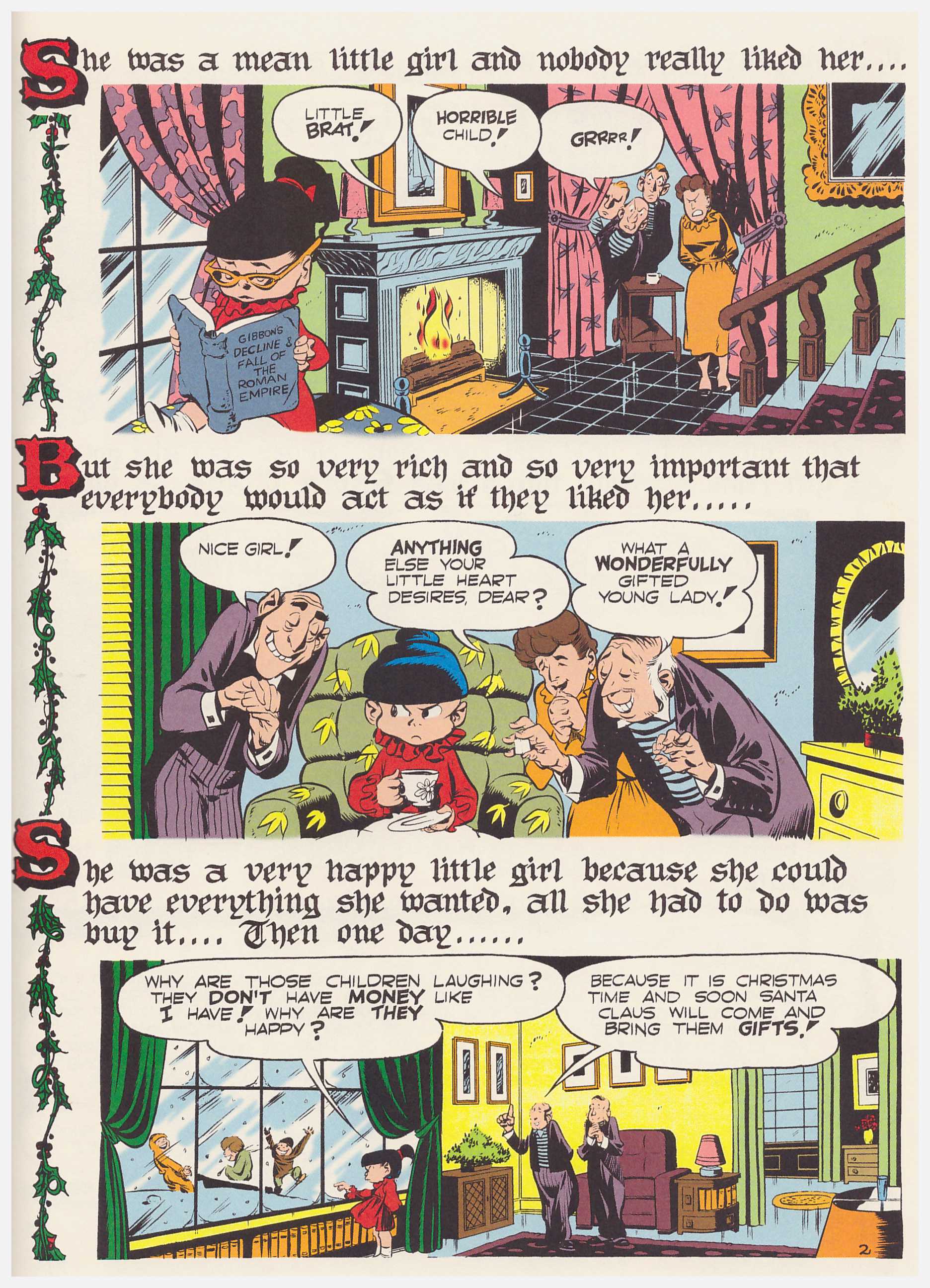 When creating episodes for his 1940s Spirit newspaper insert, Will Eisner crafted a Christmas tale for the first two years of the strip, a charming aspect being the Spirit informing Commissioner Dolan that there was no need for him to fight crime at Christmas. This is because the Christmas Spirit would take care of things without him having to help.

Those who continued producing The Spirit while Eisner was away on active service during World War II discarded the annual Christmas story, but Eisner’s first statement on returning to his feature was its restoration. The tradition continued every year from 1945 until the strip itself ceased, 1951 being the final Christmas tale. They’re all presented in this collection.

In isolation these stories contrasted the regular strip, and there’s an admirable variety of approaches, but combined there’s also a repetitive quality that over-emphasises the sentimental aspects. Too many disillusioned individuals see the light, and when Eisner throws in a European dictator and a crippled kid as he did in his 1941 effort, there’s absolutely no defence against accusations of over-egging.

Also particularly saccharine is the 1947 tale of a child in a war zone wishing they could live in a prosperous trouble-free city. It was seemingly produced in rather a hurry, featuring single page illustrations surrounding large blocks of decorative text, but Eisner and background artist Jerry Grandenetti worked overtime on the first page, producing a panorama about the destruction of war resembling a Doré biblical illustration.

The stories serve as markers of Eisner’s artistic progression. The early 1940s work may be cruder than what follows, but when assessed in comparison with other comics of the era, they shine. The contemporary Batman and Superman were no bastions of artistic greatness. The post-war material, though, displays storytelling variety and greater artistic imagination.

Eisner doesn’t draw everything here. His 1946 tale of a peace conference is John Spranger working from Eisner’s layouts and very good, if erring slightly more toward cartoon exaggeration than Eisner’s own work. Less successful is Manny Stallman illustrating the final tale of a crook attempting to fix it so there’s no Christmas. This is written by Jules Feiffer, and the tone is entirely different, and more in keeping with the noir tales the Spirit featured for the remainder of the year.

The best? Probably the neat twist in 1950’s tale of Darling O’Shea, the richest kid in the world. She’s one of a number of bah humbug types transformed in this book, but the circumstances and unusual protagonist edge it above the others.

For all the craft on display, this isn’t the ideal sampler for those unfamiliar with the Spirit. The collection served its purpose in the years when graphic novels were few and the Spirit’s twelve year run not well represented, but now your money would be better spent on one of the Spirit Archives between volumes 14 and 20.