The Champions Classic: The Complete Collection 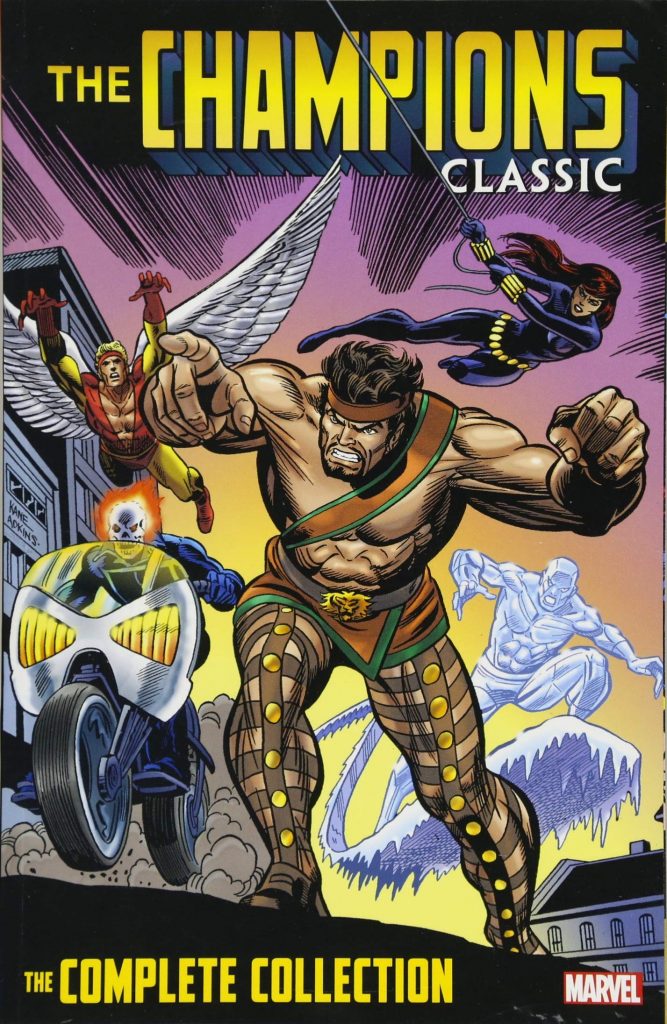 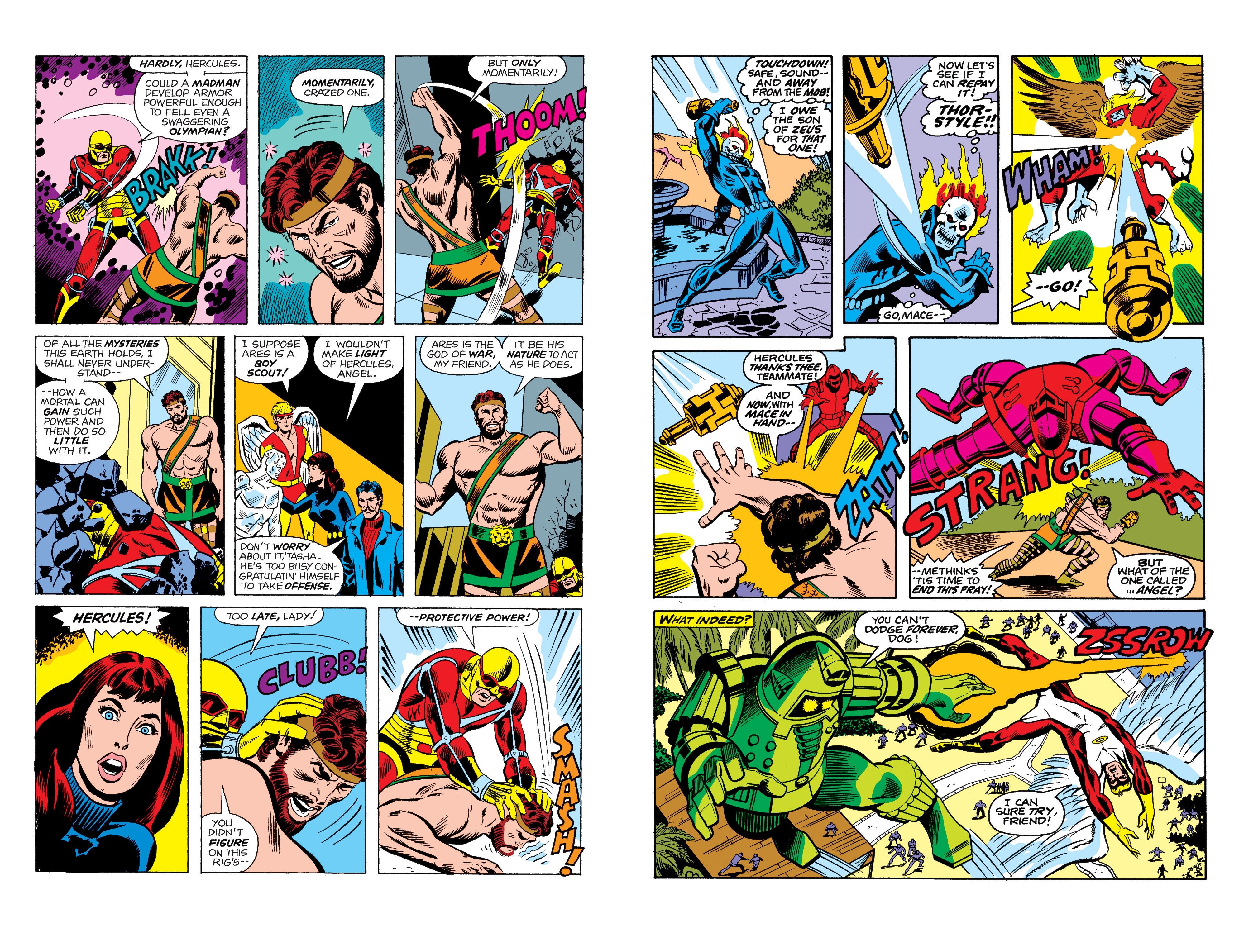 How much Marvel care about this version of the Champions is that they use Gil Kane’s cover illustration for a fourth time over five reprint collections.

Even after all the years Marvel have been publishing, the original 1970s Champions series still stands out as defying reason with its team selection. Tony Isabella originally envisaged a road movie, buddy feature starring then surplus to requirement X-Men Angel and Iceman driving from city to city. He was instructed instead to supply a super team, and those had five characters, one of whom was to be a woman, and one of whom should be star of their own title. Whether from perversity or genuine good intentions, Isabella duly added Black Widow and Ghost Rider. Told there needed to be a powerhouse, Hercules was thrown into the mix, the five united in contrived fashion at UCLA and deciding to continue together after seeing off a plot to marry the Goddess of Love Venus to War God Ares. It’s not any better than it sounds, with artists Don Heck and then George Tuska duly uninspired.

Both Isabella and main writer Bill Mantlo had good ideas, such as the Champions being formed as a team to help ordinary people and a detailed look at the Black Widow’s past, but these are sunk in page after page of basic melodrama. Even allowing for the style of the times being plenty of emoting and explanatory thought balloons, it’s not until the halfway point of this collection that things begin to pick up. By then Mantlo has become more concise with his storytelling, and there’s the sea change of John Byrne being appointed artist. He’s the only one who shows any interest, creating an appeal via his dynamic page layouts and good character sections. Yes, Byrne only draws one face, but the detail he applies to a nutty story about bees is astounding, and using the same characters he manages to give them all panel time without ever crowding them as the other artists do. However, without Byrne on a run of connected stories, Mantlo’s plots again read poorly, Tuska and Bob Hall (each seen on the sample art) not having the wherewithall or desire to match Byrne’s contributions.

This collection combines what was previously issued as the slimmer paperbacks volume one and two. If you really want this material and have the budget, your best bet is the Marvel Masterworks hardcover edition, which also features a related Hulk story co-starring Angel and Iceman co-plotted and drawn by Byrne in his prime.