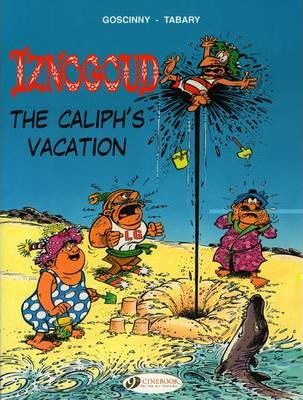 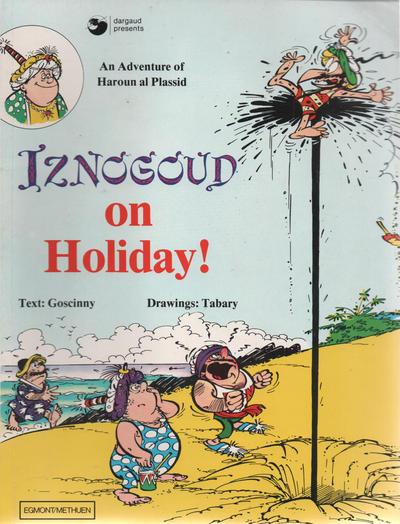 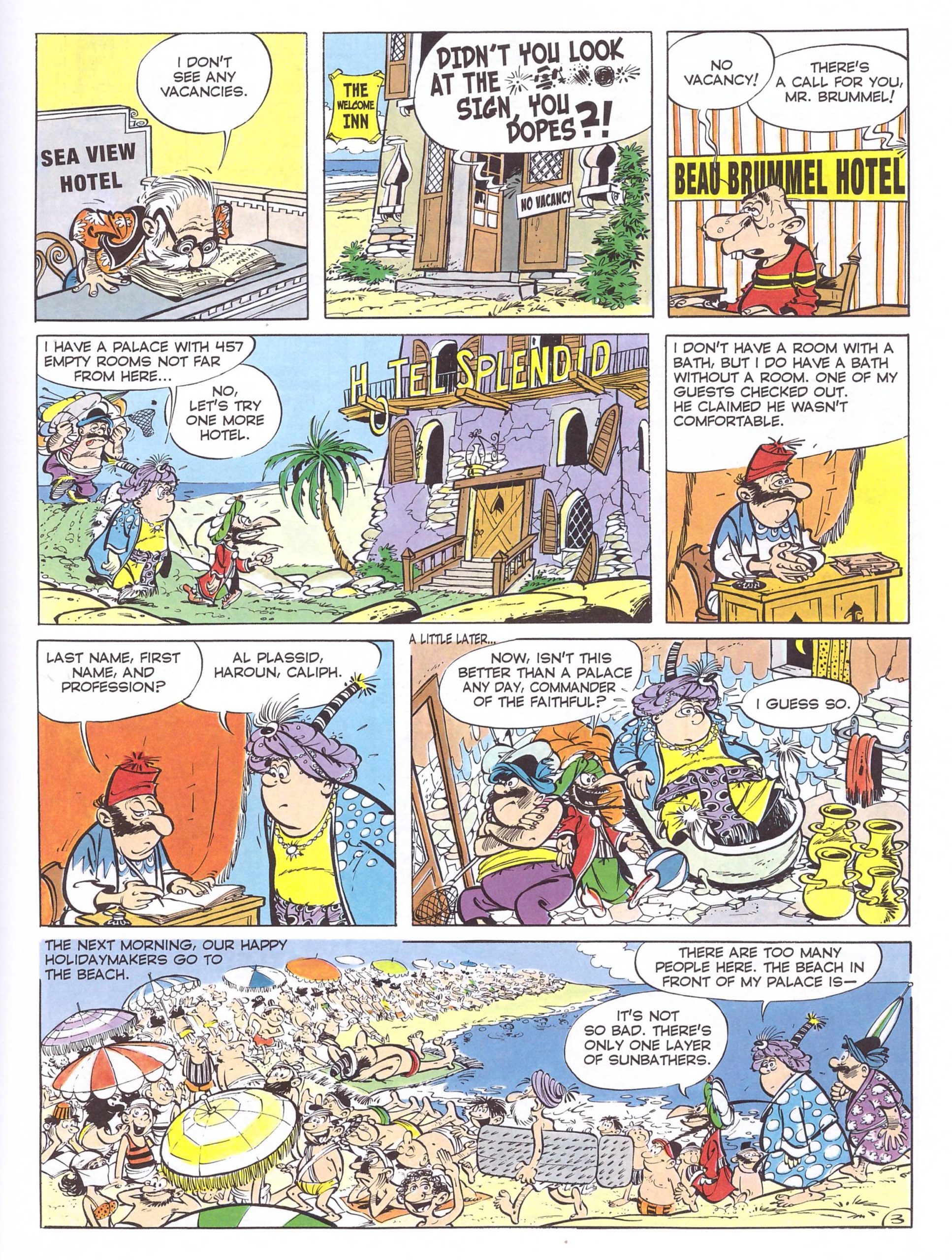 The second of Cinebook’s 21st century Iznogoud translations is the single most popular volume in the series, having been previously issued in English as Iznogoud on Holiday! by Methuen in 1977 and then again as The Caliph’s Vacation by Darguad International for the American market in 1982. It’s certainly an ideal introduction to the strip, wherein wicked but hapless Grand Vizier Iznogoud spends all his time plotting to overthrow Haroun Al Plassid, dozy leader of old Baghdad, in order to become Caliph in his place.

The Caliph’s Vacaction collects four, ten-page tales by the French writer-artist team of René Goscinny and Jean Tabary, all of them dating from the years 1966 and 1967. This was a time when the ideas of Sigmund Freud were common currency among French intellectuals like Jacques Lacan and Louis Althusser. It’s not too fanciful to say that Iznogoud can happily be read as a Freudian farce about thwarted desires for unobtainable objects, and the need for sons to displace their fathers – although sometimes a flying carpet is just a flying carpet.

Goscinny’s scripts often poke fun at contemporary fads and trends, and frequently include a few local or topical references that may well elude more modern readers. So lead strip ‘Summer Vacation, or Never Say Die’ is a satiric look at the cheap package holidays increasingly popular in Europe towards the end of the 1960s. Iznogoud, of course, has no interest in topping up his tan. Any holiday for him is just another opportunity to seize the reins of power.

In the second strip, ‘Good Sports in the Caliphate’, Iznogoud discovers that magician-meteorologist Fo’orkahst’s weather reports create the opposite conditions, so that the prediction of a sunny day leads to constant showers. Baghdad is soon blanketed in snow, although to Iznogoud’s increasing exasperation the Caliph fails to come a cropper on the ski slopes.

Then in ‘The Caliph’s Cruise’, Iznogoud takes to the water with the Caliph and Simp’l, “the unluckiest sailor to sail the seven seas”. After the inevitable shipwreck, the trio wash up on a desert island populated by unfortunate ‘native’ stereotypes of a kind that were once common to all forms of broad comedy, but which now need rather more contextualising than Cinebook here provide.

Finally, in ‘Lihkwid’s Bottle or The Bottle of Lihkwid’, Iznogoud tries to get the Caliph to drink all of a vile-tasting elixir, the very last drop of which will transform Haroun Al Plassid into a slug. This is the best tale in the collection, showing all of Goscinny’s flair for orchestrating chaos and confusion, although as with nearly all the Iznogoud albums a consistent, pleasing standard of comic book craft is maintained throughout. Next in the series is Iznogoud the Infamous, although the books can be read in any order.