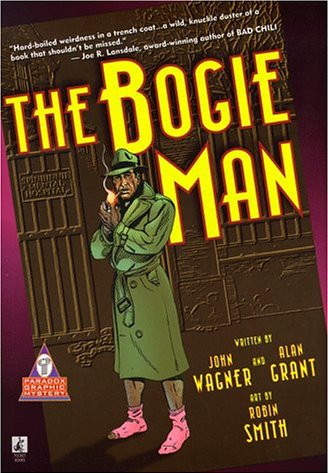 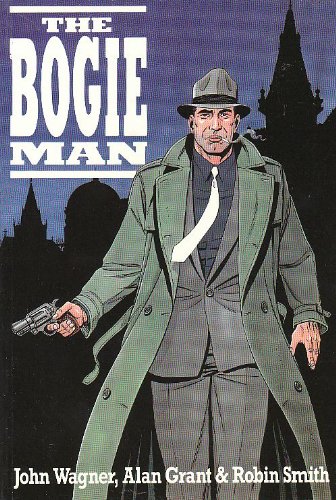 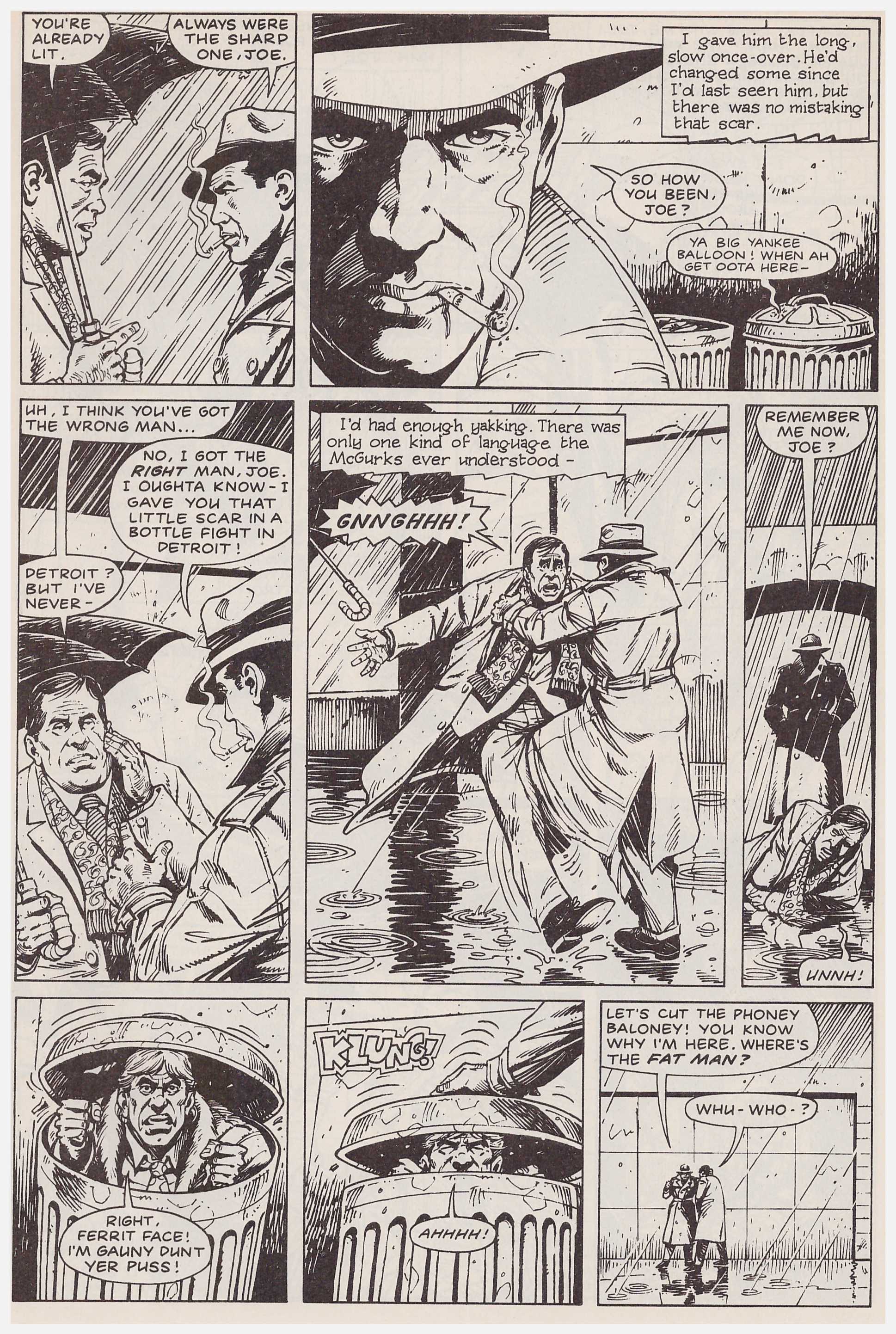 John Wagner and Alan Grant combined to write many fine comedy-oriented Judge Dredd tales in the 1980s, but there’s a case to be made for the sadly obscure Bogie Man being their finest script.

It’s a riotous melange of misunderstanding that begins with the escape of one Francis Clunie, or Clunie the Looney as he’s known to staff, from his secured accommodation in a facility just outside Glasgow. Clunie believes himself to be Humphrey Bogart, but via his tough guy on-screen persona in movies such as Casablanca and The Maltese Falcon. It’s the latter that has the greatest relevance here, as the escaped Clunie chances across a bunch of inept gangsters attempting to shift stolen turkeys. Staring with these big birds, he draws more and more people into his fantasy world of running down the Fat Man, leaving a trail of chaos in his wake.

The plotting is meticulous, Wagner and Grant never losing sight of all the balls they’ve cast in the air, and it’s finely offset by Clunie’s faux Bogart narrative captions.

The Bogie Man is also an extended letter of admiration for Scotland’s largest city, Glasgow, where all three creators had spent considerable time, and where their original publisher was based. The release of the comics collected here tied in with Glasgow’s year as European City of Culture in 1990, and the writers make full use of the city’s locations, culture and character to bring their story to life. Don’t worry, there’s an extensive glossary of Scottish terms in the back.

The clever plotting is matched by the effort Robin Smith made to ensure Clunie’s trail of devastation can be followed by any Glaswegian, even all these years later. Any stiffness in the art is more than compensated for by Smith’s painstaking rendition of landmarks such as Victorian gothic cemetery the Necropolis, or the ornate beauty of Central Station. Smith also understood that for maximum comic effect the story required playing straight, so there’s no exaggerated reactions.

The Bogie Man was rapidly developed into a TV film, but the script paid little heed to Wagner and Grant’s carefully constructed plot, considering the central element alone was sufficient. The full horror can be located on You Tube. You have been warned.

Forget that, though, and relish the original, a prime slab of Scottish culture from Britain’s finest comedy comics writers of their era. There have been several sequels, almost all worth reading, but never collected, remaining scattered across assorted individual comics.