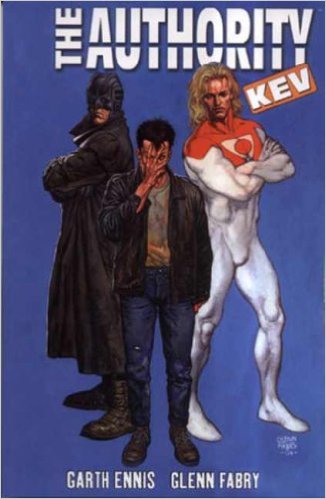 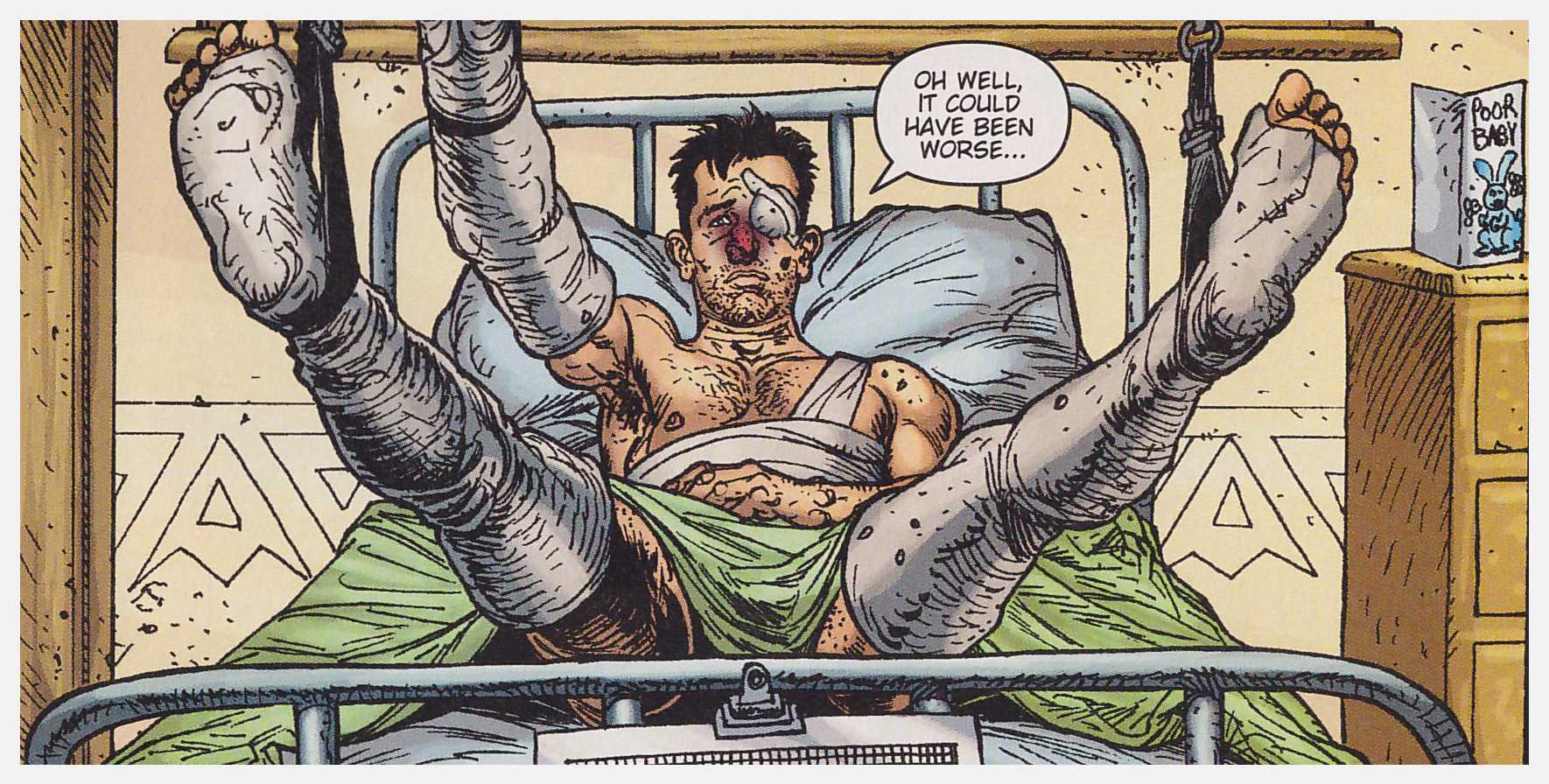 When not composing elegiac masterpieces drenched in a love of the war and western genres, Garth Ennis likes nothing more than to prick the pomposity of the superhero milieu, mocking and subverting the grandiose and self-involved nature of the characters. This is the man who, in the opening issue of his Hitman series, had the titular hero puking on Batman. The Authority: Kev provides us with another irreverent take on the superhero world over two stories, with Glenn Fabry providing strong pencils for both.

When the reader is first introduced to former SAS man, Kev Hawkins, he is sitting on the toilet, reading a newspaper. Somehow, with his pants still round his ankles, he manages to take out two would-be IRA assassins. This sets the tone for the rest of the book as its crude and violent humour pokes fun at a range of targets. Kev is a bit of a loser, one of life’s unlucky chaps. When tasked with the seemingly impossible mission of killing the Authority, a superhero group with omega level powers, he somehow manages to succeed, only to bring even worse luck on the world and himself. This could be the first and only time that the Authority’s headquarters, the dimension-hopping shift ship known as the Carrier, refers to someone as a “wanker.” Respect for authority is certainly not on Ennis’ agenda in an entertaining tale that lampoons the tendency in comic books to deify powered beings.

The second story, ‘More Kev’, teams Kev with the Authority’s Apollo and Midnighter, and places the fate of the superteam and the world once again in the soldier’s less than dependable hands. The four chapter tale involves a tiger, an alien fugitive called B’eeef, zombies and Kev’s propensity for homophobia. These ingredients combine to create a dish that is more fast food than gourmet, initially satisfying but ultimately disposable and never quite fulfilling.

The stories never take themselves seriously and, for the willing reader, they’ll prove an antidote to the absurd pomposity of superheroes with godlike abilities changing the world. This entertains without matching the irreverent highs and satirical wit of Ennis’ similarly toned series like Hitman and The Boys. Whilst The Authority: Kev is not essential Ennis, it is always entertaining, and was successful enough to prompt a sequel, A Man Called Kev.