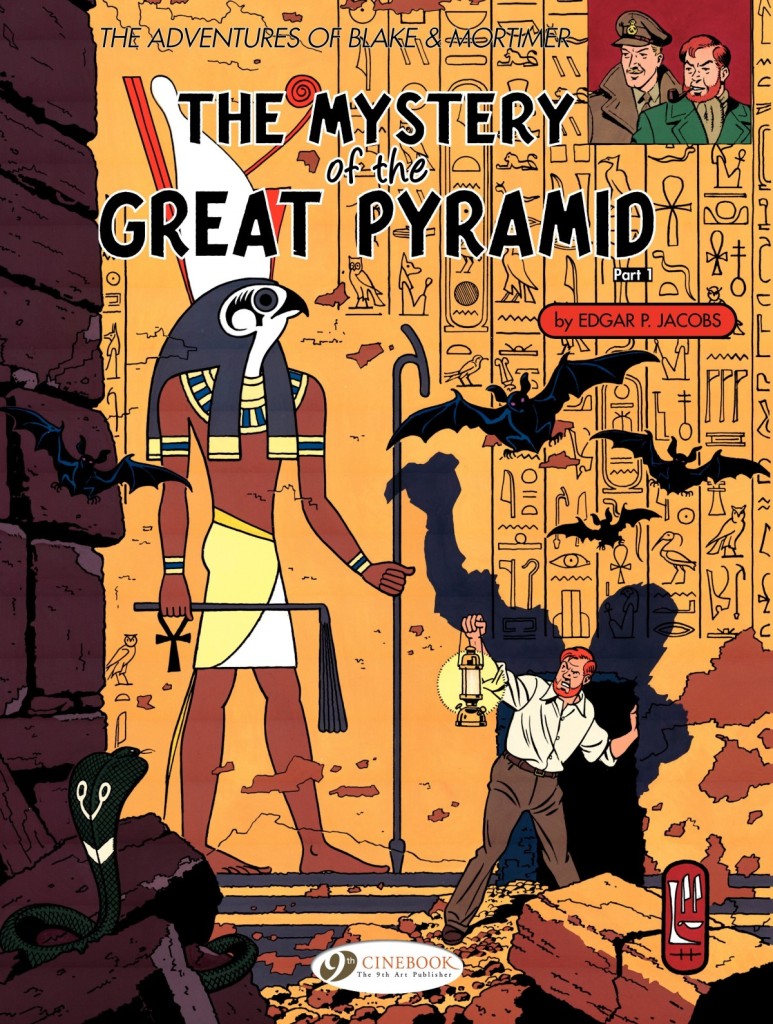 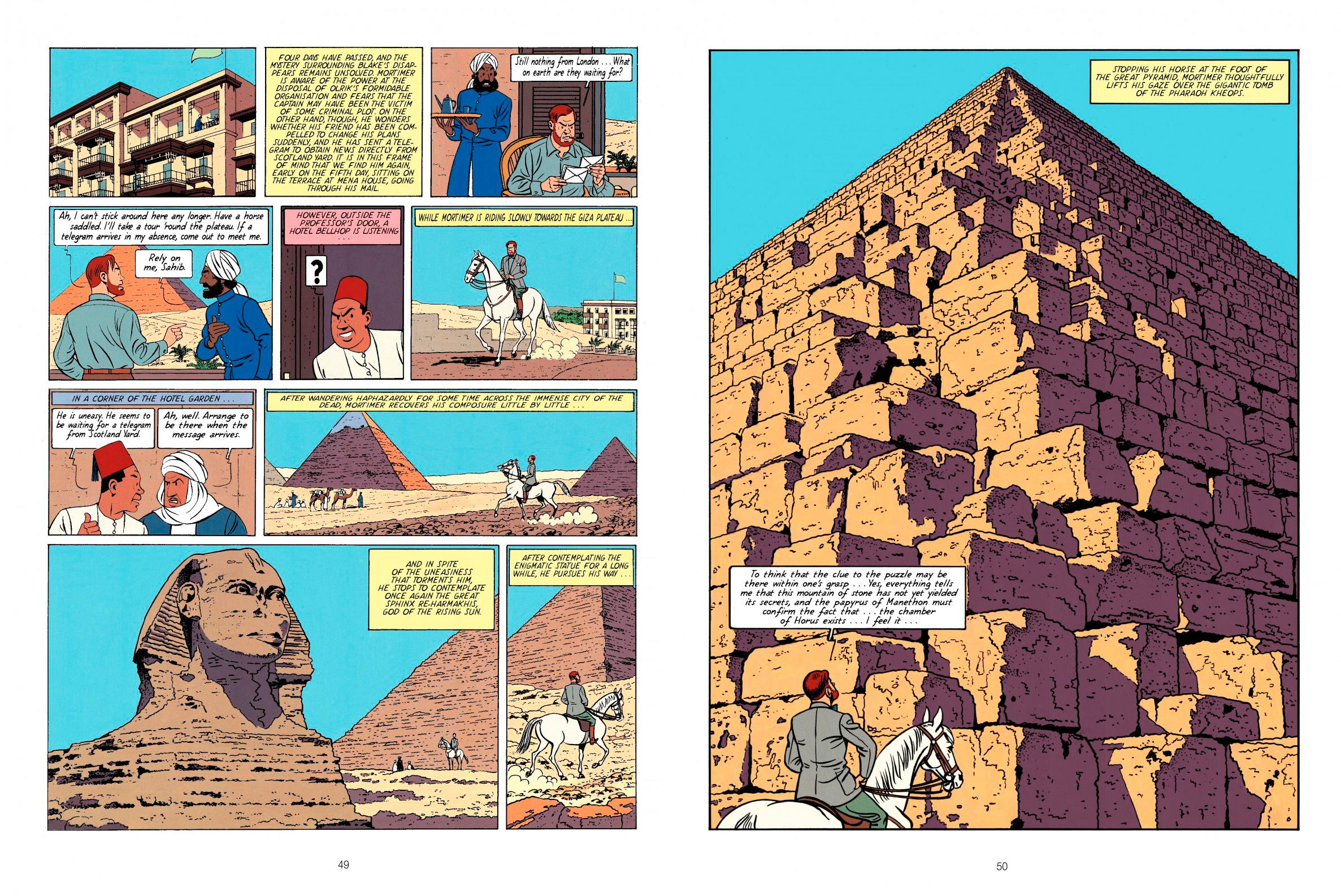 In 1950-1953 Edgar P. Jacobs’ published his first Blake and Mortimer adventure, the three-volume The Secret of the Swordfish. In a sweeping, epic science-fiction narrative set in what was then the contemporary world of the late 1940s, Captain Francis Blake, a blonde, moustached English Military Intelligence officer, and Professor Philip Mortimer, a gruff red-bearded Scottish top nuclear physicist and engineer, saved Britain and the rest of the world from domination by the Tibetan Yellow Empire. Thanks to Mortimer’s radical new Swordfish aircraft, the despot Basam Damdu’s forces were outmatched and defeated. World War III was over and the free countries of the world begin to rebuild their devastated capital cities. Jacobs’ style of mixing futuristic technology with traditional square-jawed, pipe-smoking heroes was a huge hit, and The Mystery of the Great Pyramid carries on where the first adventure left off. This following outing for his stiff-upper-lipped British chaps also stretches over more than one volume, but only into a second book this time.

‘The Papyrus of Manethon’ is part one of The Mystery of the Great Pyramid. It begins with a two-page foreword that gives us a little background on the history of The Great Pyramid of Kheops so we can appreciate the events that follow, and then it’s on to the story. Professor Mortimer is a keen Egyptology scholar, and he has been invited to the Cairo Museum to investigate some newly discovered papyrus fragments. It’s an exciting find that may lead to the lost tomb of Akhnaton, perhaps the greatest of all Pharaohs.

There are others interested in these fragments and the information they contain, leading to a fast-moving series of kidnappings, double-crossings and high-speed chases around Cairo. When Mortimer discovers the identity of the criminal he’s up against he sends an urgent telegram to Captain Blake in London to come and assist him. But Blake is under surveillance from the moment he boards his first flight. Will he make it to Cairo alive?

This is a very talky series, with some fairly massive speech balloons at times containing a ridiculous number of words, a consequence of the way these strips were serialised weekly in Tintin Magazine. Jacobs has a lot of information to pack in and makes no concessions for the limited space. Despite the overlong info-dumping dialogue and redundant captions, the action sequences are excitingly devised, the drawing is assured and beautifully designed, the scene-setting is vivid and dramatic. A good variety of characters make up the cast, and it’s not too easy to tell who the heroes and the villains are just by looking. The tension builds expertly through this first volume, and it ends with several big mysteries as Professor Mortimer stands with his right-hand man Nasir in front of the Sphinx, vowing to get the answers. The Mystery of the Great Pyramid concludes in volume two, ‘The Chamber of Horus’.