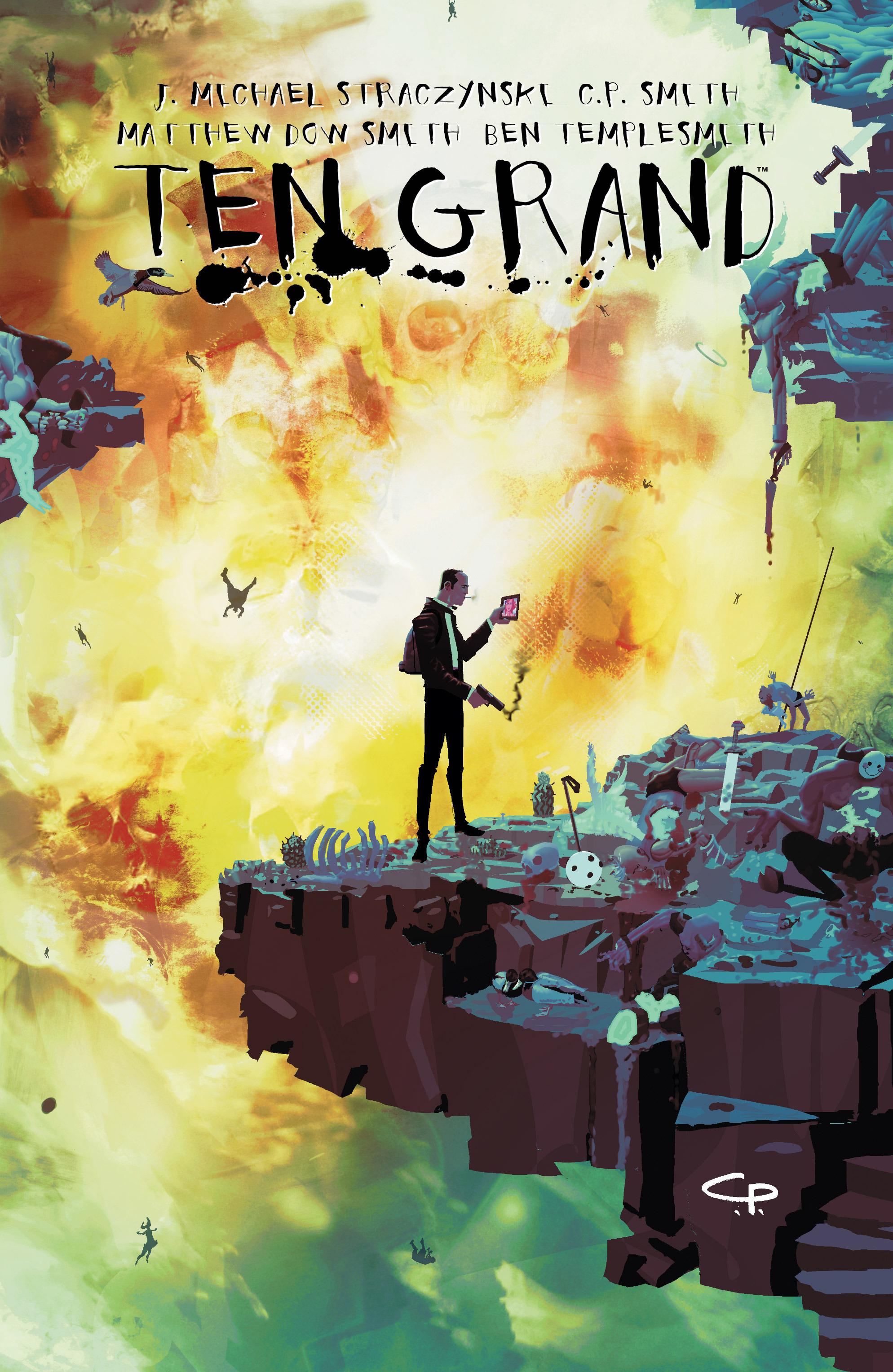 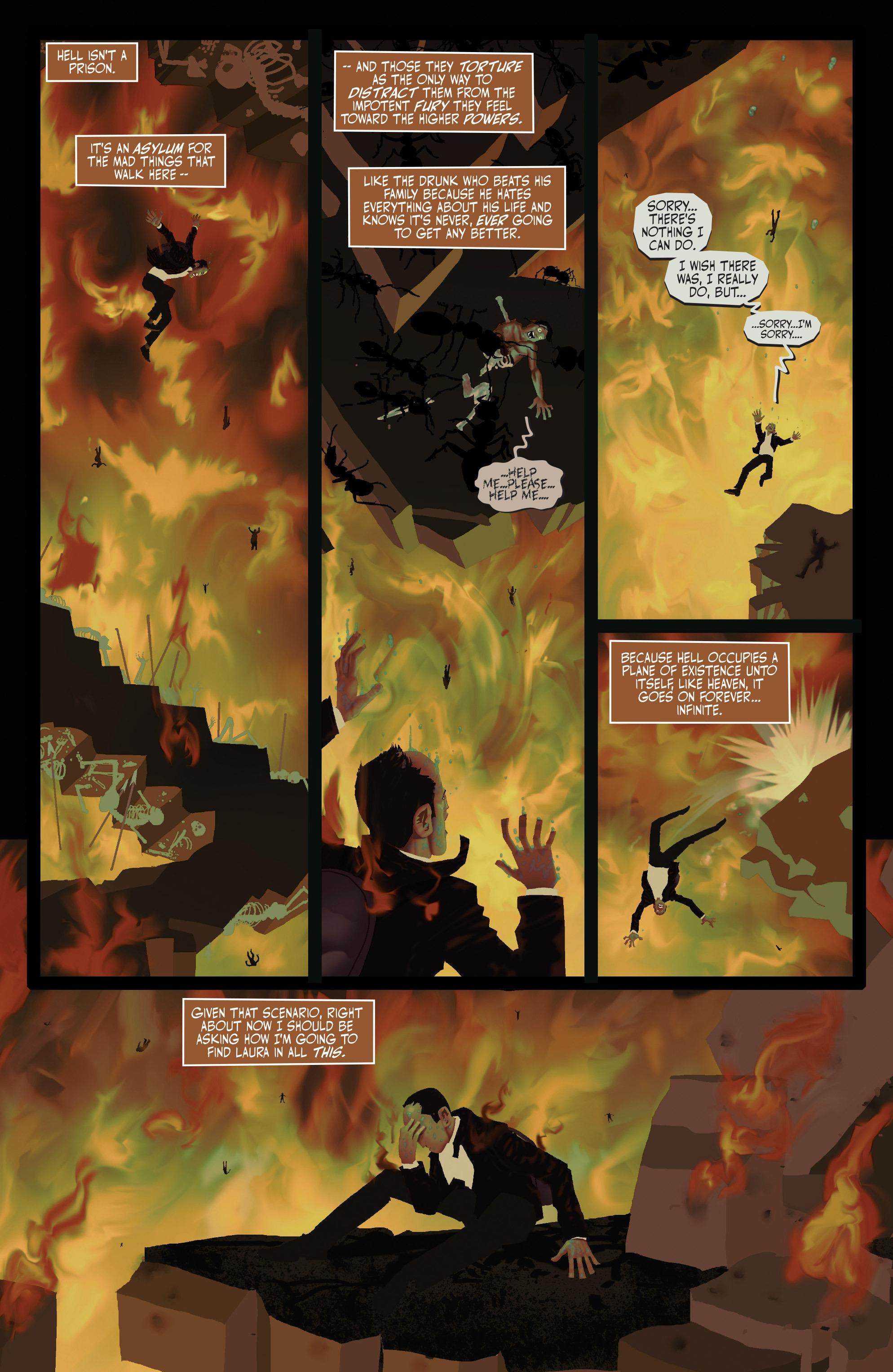 In the days before he died Joe Fitzgerald was an assassin on the verge of retiring and settling down with the woman he loved. Since he died he’s been working as an assassin for the angels, able to see Laura in the afterlife for five minutes at a time, but at a terrible cost. At the end of volume one he’d begun to learn that not all was as had been explained to him, and that continues over the opening chapters here as he decides he’d be better operating without ties. He still has to make good on a promise to Laura that he’d free her from hell.

When introduced in the previous book, C.P. Smith’s style of storytelling was a shock and disappointment after Ben Templesmith, but here Smith sets the tone from the start, and his abstracted methods have a bleak grandeur to them. Ten Grand has moved well beyond the original concept, and Smith is in effect called on to illustrate the celestial powers of the universe and does so very well, sometimes amazingly well. This time it’s Templesmith’s art in flashback that’s intrusive, not matching the tone as a few pages are reprinted.

The reason for the reprinting is that J. Michael Straczynski cleverly recontextualises some of what happened in volume one. “For you the offer was more monstrous, more hellish than anything we could imagine. Living only for the one you loved, who was now dead. A love that you would know was always doomed”. Joe and his desires are central to round two of the war between heaven and hell, which is on the verge of kicking off.

It can’t be claimed that Straczynski is setting his sights low, can it? However, the ambition may be big and the phrasing occasionally nice, but this book of revelations is boring. Straczynski creates an appropriate voice of arrogant pomposity for the villain of the piece, but sometime midway through the book Joe tells them how tired he is of hearing them talk, and that diminishes the reader’s sentiment a hundredfold. So much of this collection is exceptionally dull. It’s as if Straczynski is underlining how smart the plot has been, but can’t stop congratulating himself.

Is it some private joke that every artist used on the series has ‘Smith’ in their name? Matthew Dow Smith illustrates the flashback inserts in the final chapter, echoing Templesmith’s approach, but with a more structured style about the layouts. He illustrates the final set of revelations, but by that time we’ve been ground down so much even what’s intended as catharsis in that closing chapter fails to arouse any sympathy. We just want it over and done with. As does Joe. 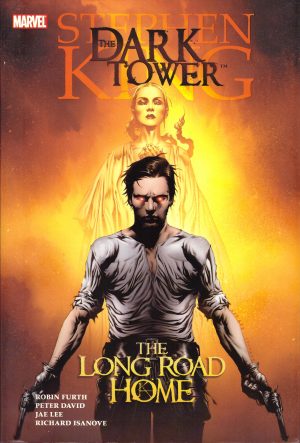 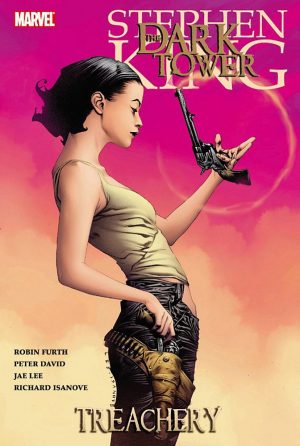 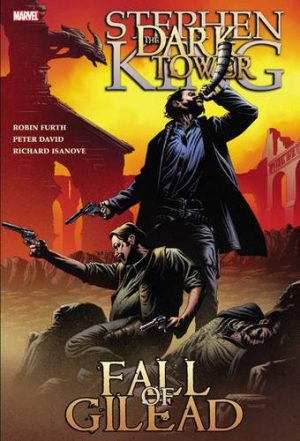