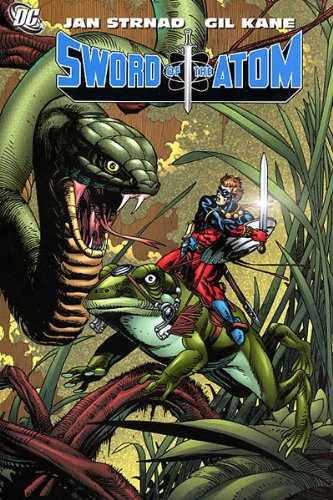 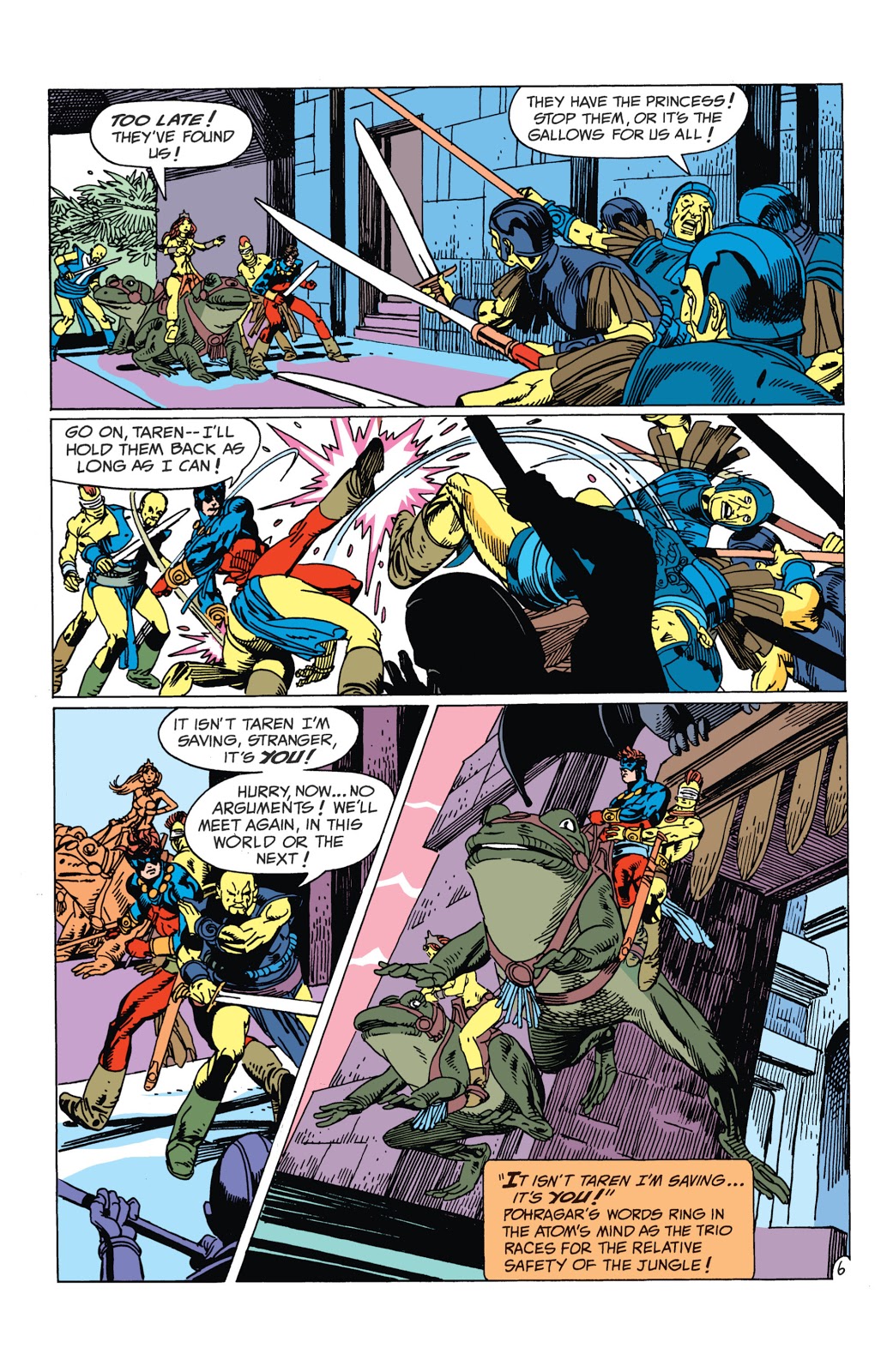 Supreme artistic stylist Gil Kane was a man inspired in this retooling of B-List hero the Atom, a feature he’d last drawn in the 1960s. In a radical re-think co-authored by Jan Strnad, urbane scientific adventurer Ray Palmer is removed from his comfort zone of research laboratory and cosy costumed crime-busting to become the sword-wielding champion of a barbaric lost kingdom. Dating from 1983, the swashbuckling saga revitalized a once great character who had fallen on very lean times and set him up for his eventual return to the big leagues.

Following the break-up of his marriage to ambitious lawyer Jean Loring, the size-changing physicist departs on a research trip to Brazil to ponder his unsatisfactory life. Unfortunately, he falls foul of drug-runners who down his plane. To the world at large he appears dead, but in reality, the disheartened adventurer has stumbled upon an alien civilisation, populated by golden humanoids no more than six inches tall.

Lost for uncounted decades in the verdant vastness of the Amazon on a planet of giants, these alien outcasts and fugitives have built a city around the ruins of their crashed ship. This is a vessel powered by White Dwarf matter. Regrettably, since another batch of the incredible star-stuff powers and constitutes the Atom’s size-shifting outfit, the mighty mite finds himself trapped at the same diminutive height and must rely on his physical prowess, raw courage and flashing blade to survive.

In the epic manner of Edgar Rice Burroughs’ John Carter of Mars, Palmer rescues and woos exotic Princess Laethwen and saves the hidden city of Morlaidh from a usurping dictator in a classic romp of action-packed derring-do. It’s a fabulous dose of ultimate escapism, perfectly executed by Kane and Strnad over the opening four chapter story, with the subsequent sequels continuing the stunning transformation.

Without giving too much away, the first of these sees a disgruntled and displaced Palmer returned to our world, longing for the simplicity of Morlaidh and the love of Laethwen. The second finds Jean doing her own size-shifting (probably when she learned the skills she used in Identity Crisis, fans!) as the Tiny Titan is forced to choose between his old life and his current one. The saga concludes with Kane replaced by Pat Broderick for an overly wordy tale of despots, plague and monstrous afflictions devastating the hidden jungle kingdom which only the Atom can combat.

Despite it’s rather tame finale Sword of the Atom is a superbly dynamic, vital burst of graphic excitement that clearly shows what can be done with seemingly tired and moribund characters when creators are bold enough and given sufficient editorial support. It’s also a hugely enjoyable read that will make your heart race and your pulse pound – just like comics are supposed to. 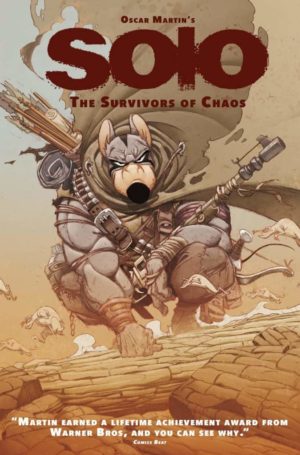